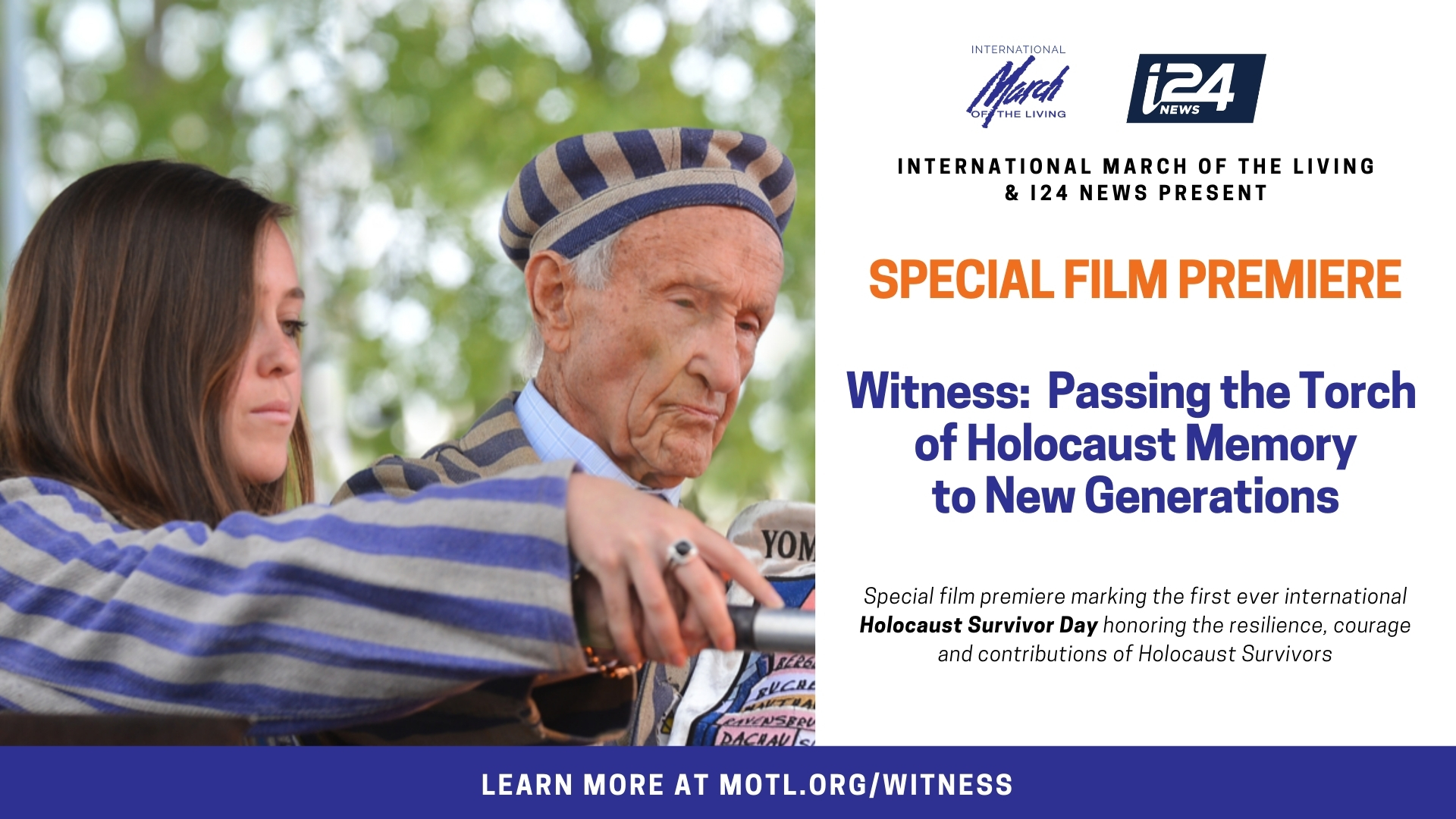 The film, shot on location on the March of the Living, draws on the most poignant moments captured between survivors and students in the past 33 years.

Material based on the book, Witness: Passing the Torch of Holocaust Memory to New Generations, 2020, © Second Story Press.