2022 International March of the Living took place this year on April 28th in person following a two-year hiatus during the COVID-19 global pandemic. The theme of the March focused on the importance of passing the responsibility for Holocaust remembrance and education to the next generation – the grandchildren of those who endured the dark days of Nazi oppression and systematic annihilation of more than 6 million Jewish victims and those committed to remembering the past as a teaching tool for the future.

As time marches on, the stories of Holocaust survivors are at risk of becoming faded memories. Help us prevent history from being rewritten and fight against Holocaust denial and distortion, antisemitism and all forms of hatred. 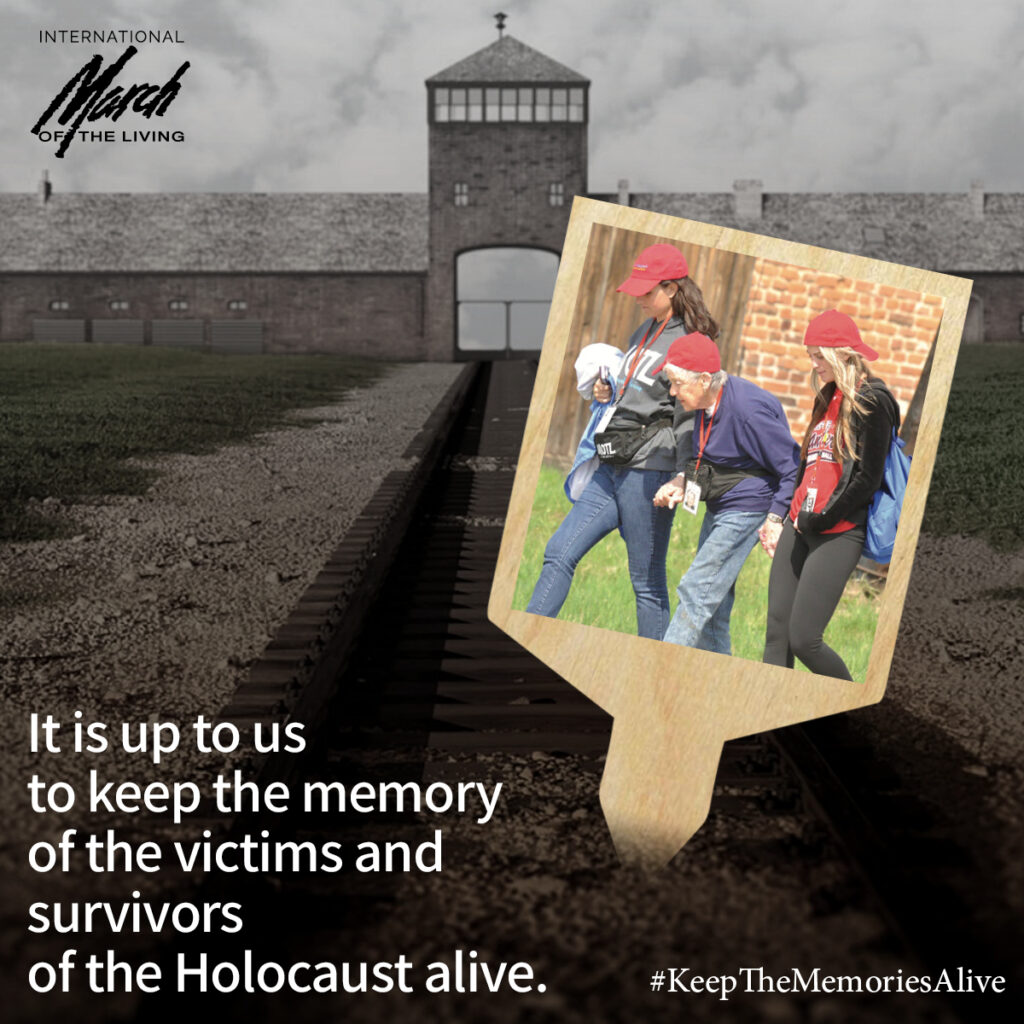 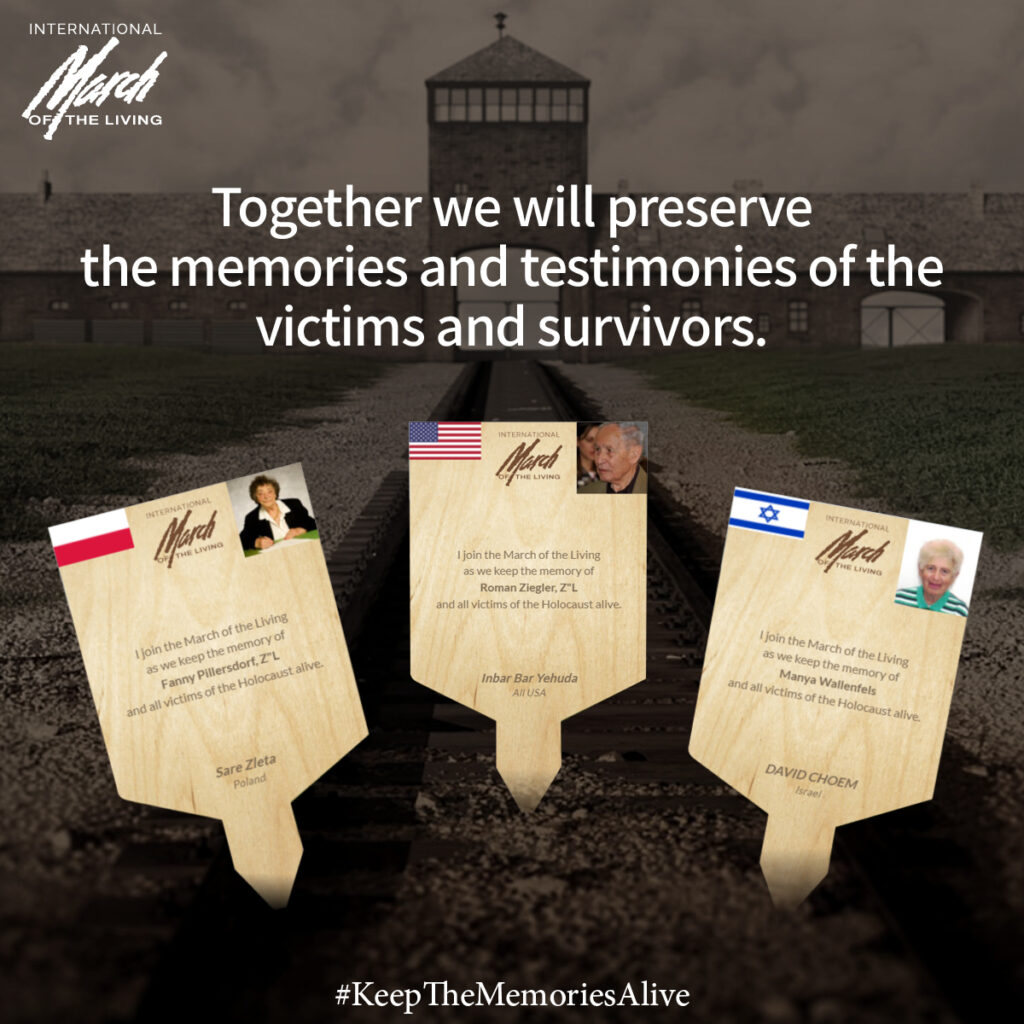 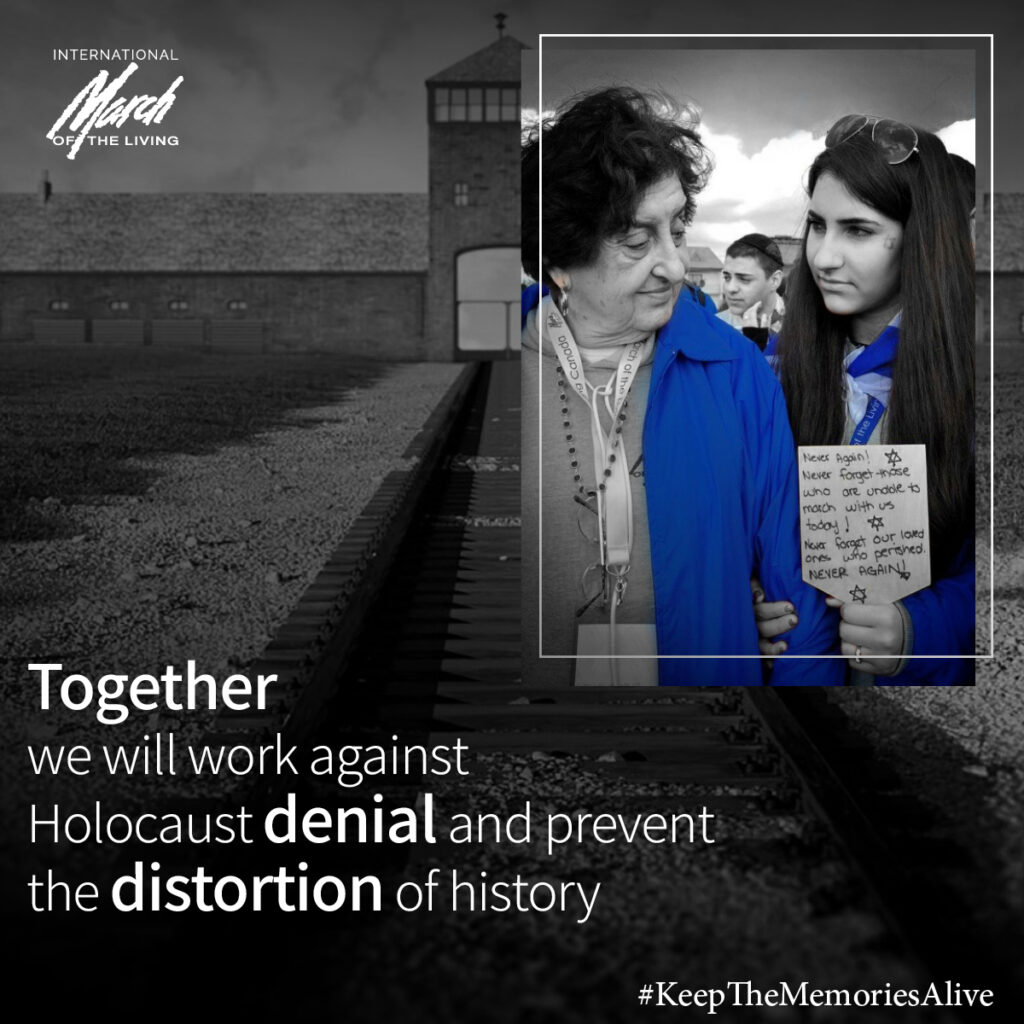 When you donate to March of the Living, you will have a powerful effect on the future of Holocaust Education around the globe

The March of the Living is due to take place in Poland on April 28, 2022, to mark Israel’s national Holocaust Remembrance Day, Yom HaShoah.

March of the Living resumes, but it may be the last year Holocaust survivors attend (Times of Israel)

The annual event that sees thousands march from Auschwitz to Birkenau is back after a 2-year hiatus due to COVID, and it’s potentially the end of an era.

Holocaust survivor Eve Kugler asks, ‘Words like, ‘never again,’ are not enough; how much worse will it be when survivors are no more than a distant memory?’

“The specter of a murderous European dictator is cast across our continent once more,” said Holocaust survivor and March of the Living participant Eve Kugler. Here is her speech. 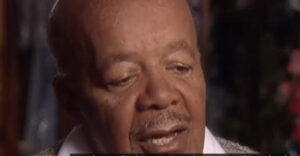 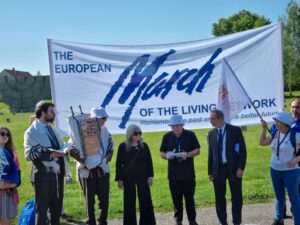 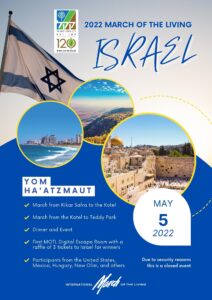 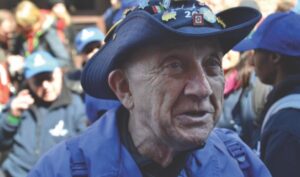 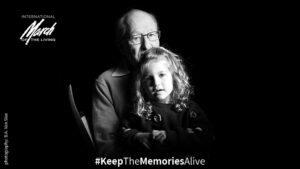 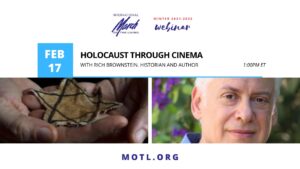 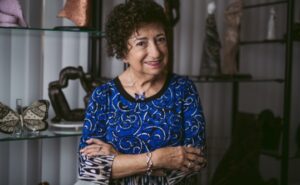 In Partnership with the USC Shoah Foundation 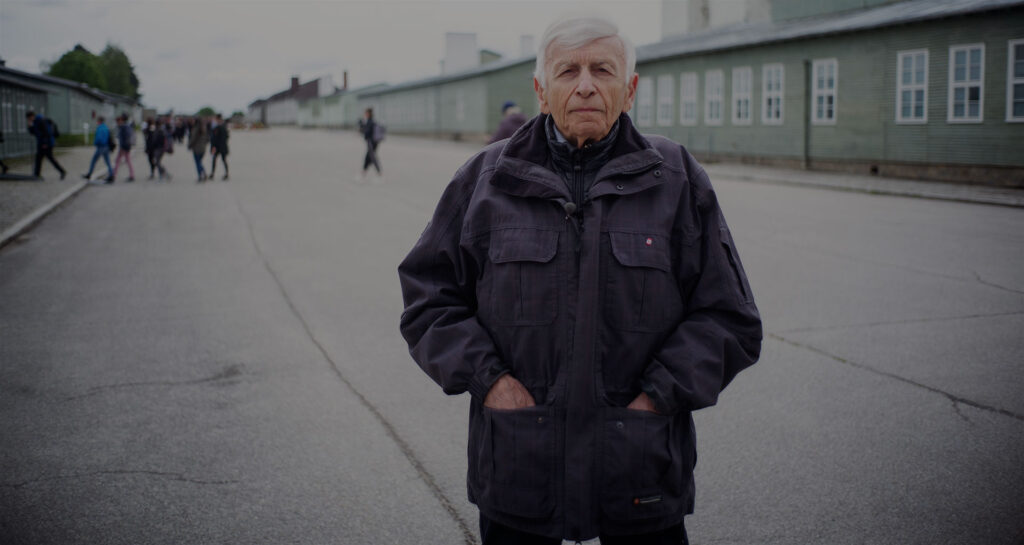 HISTORY IS UNDER ATTACK 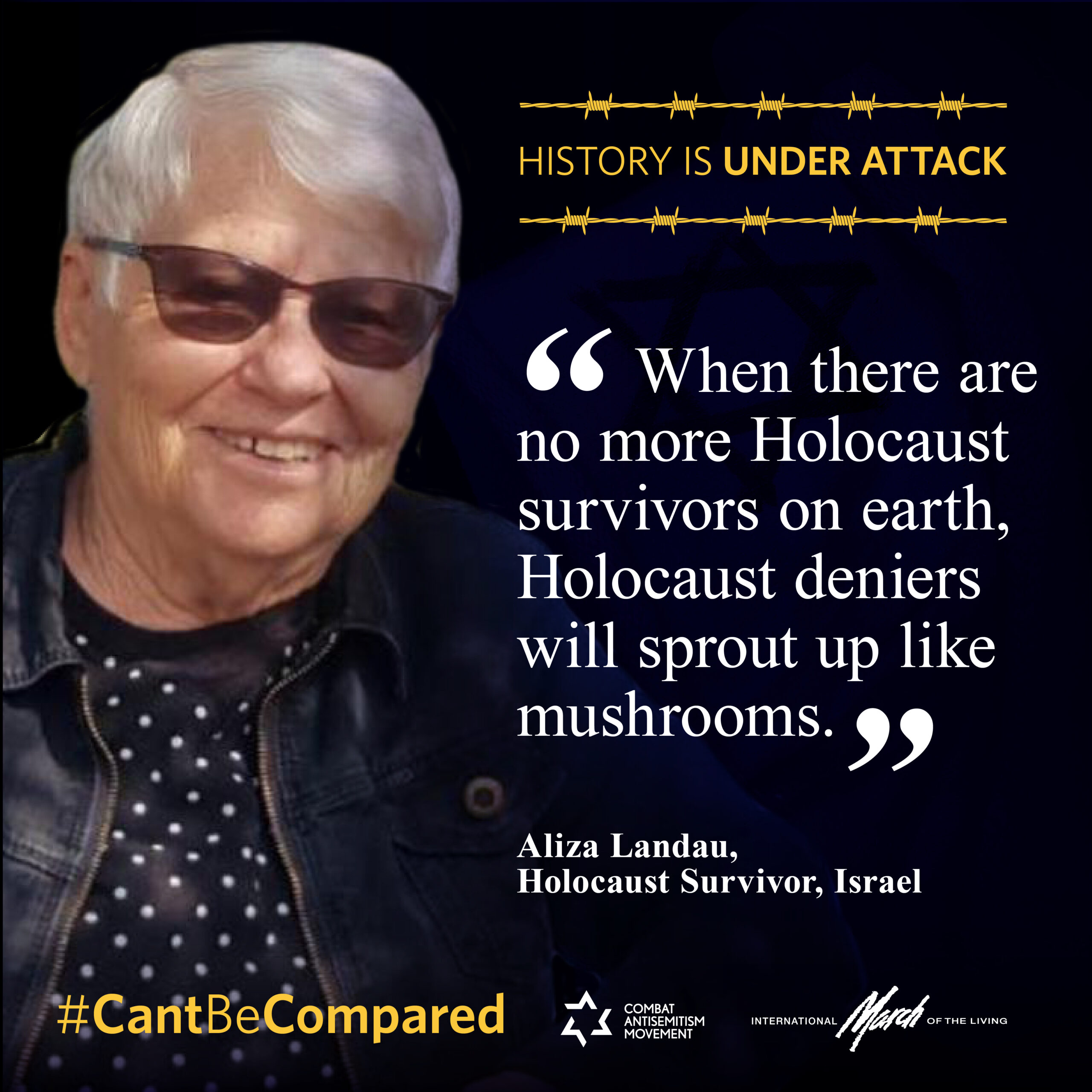 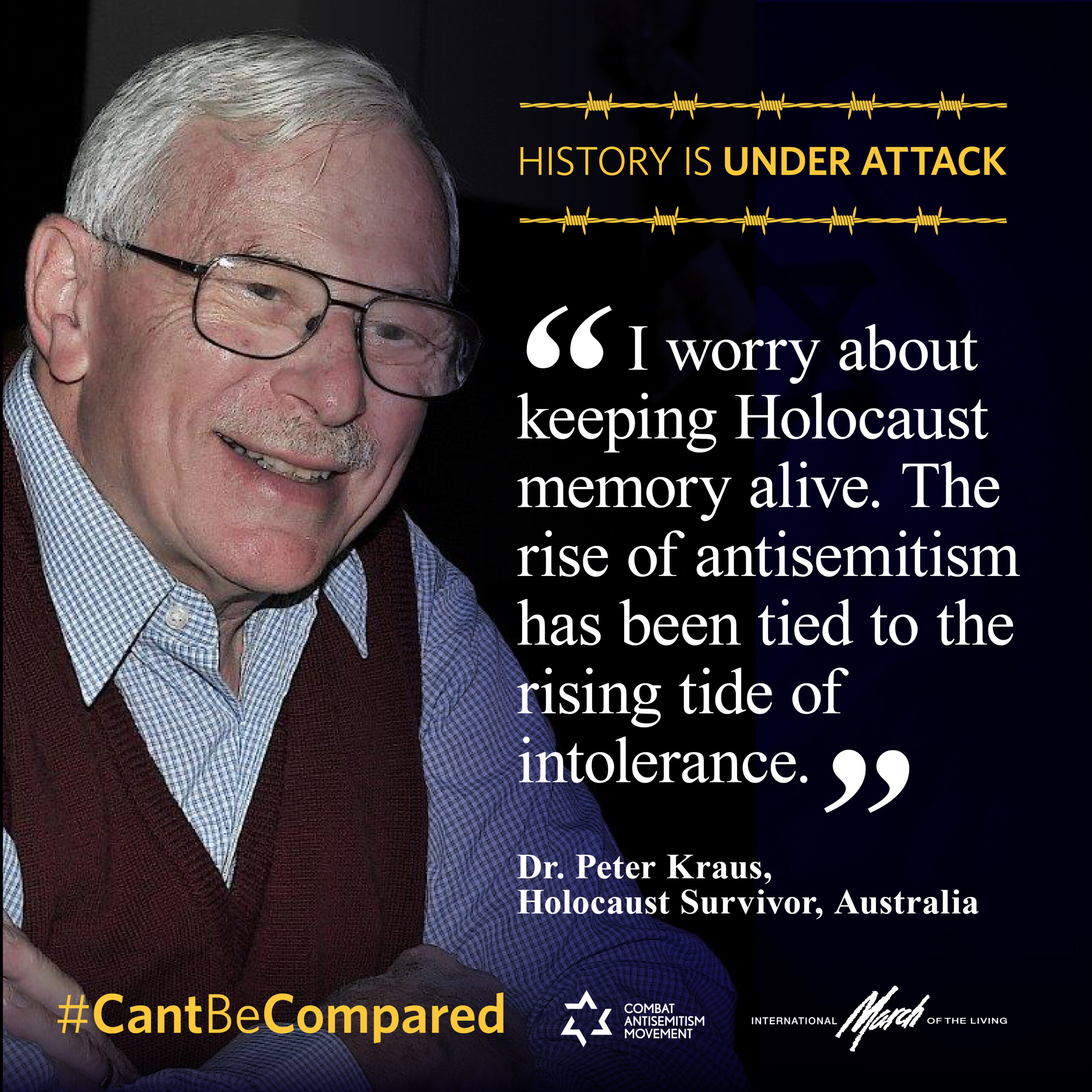 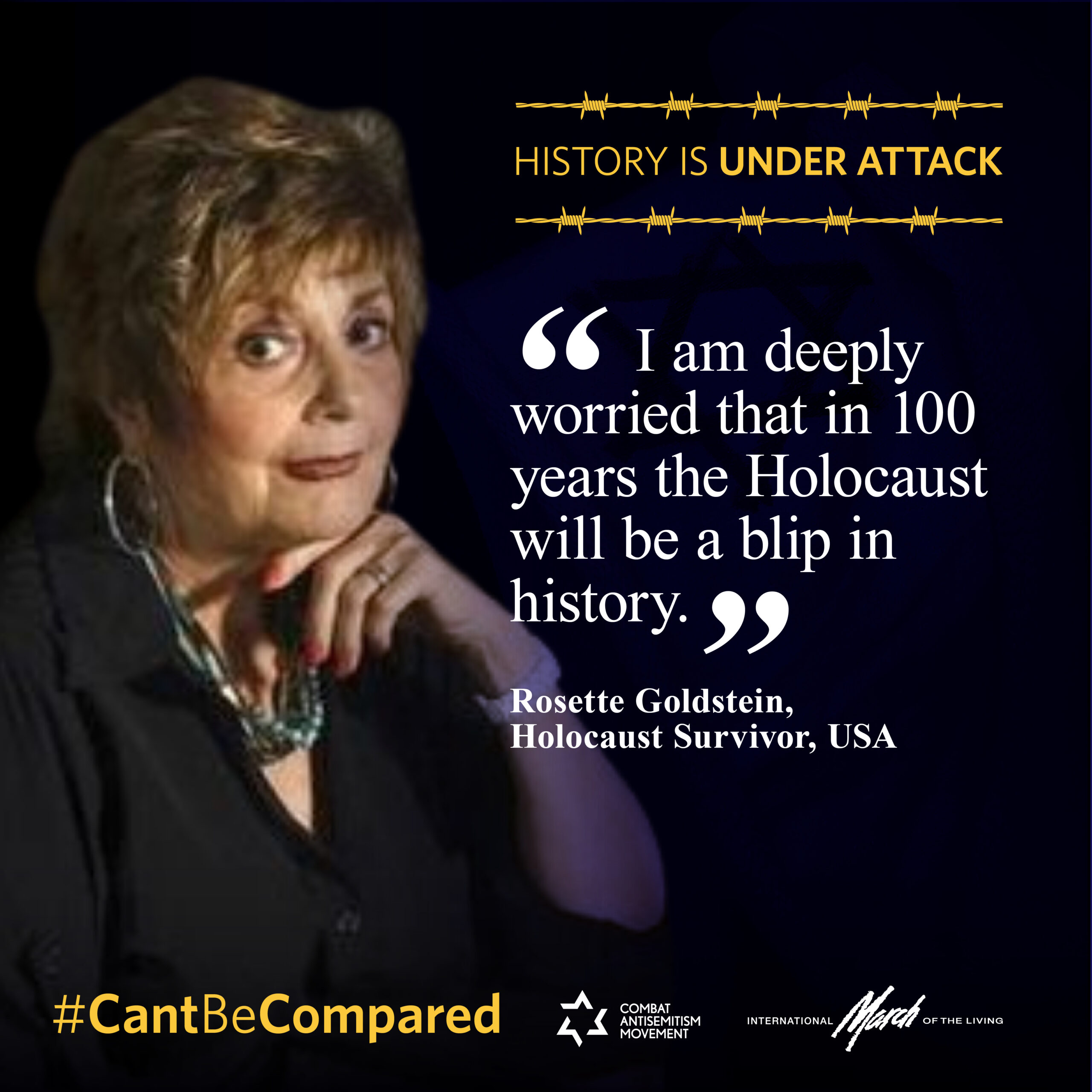 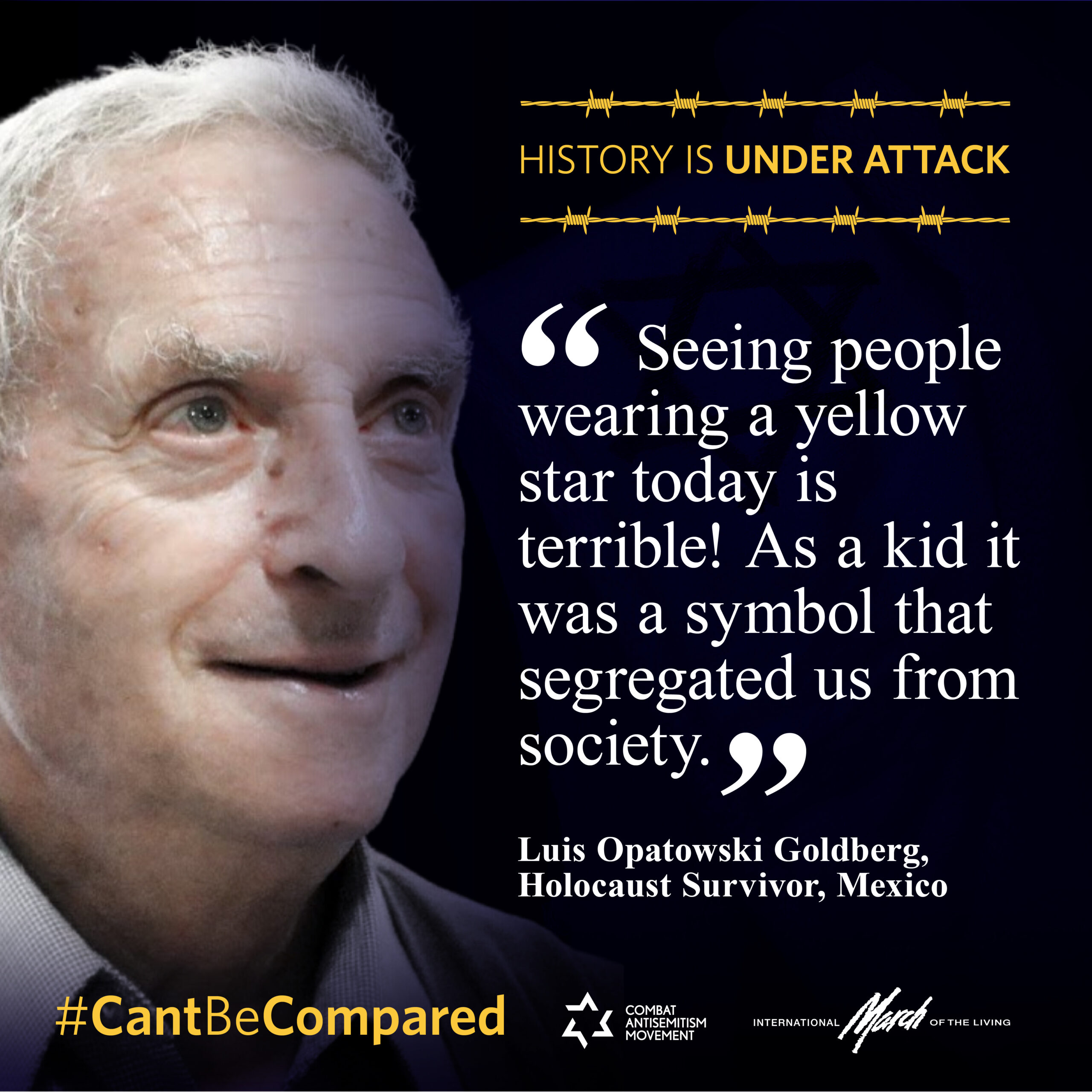 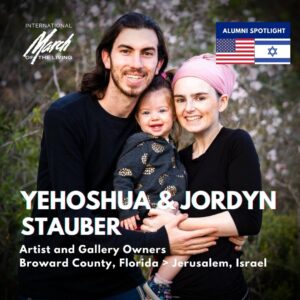 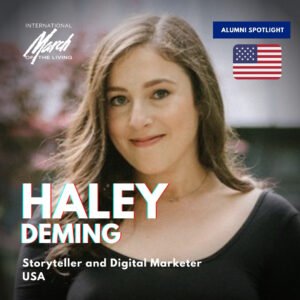 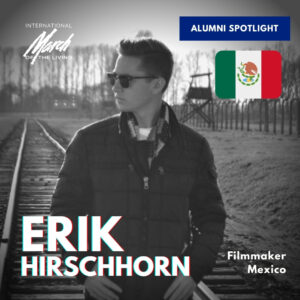 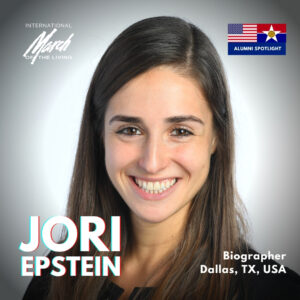 Witness: Passing the Torch of Holocaust Memory to New Generations

Statement on the Singularity of Jewish Victimization During the Shoah

LEARN MORE
We use cookies on our website to give you the most relevant experience by remembering your preferences and repeat visits. By clicking “Accept”, you consent to the use of ALL the cookies.
Cookie settingsACCEPT
Manage consent