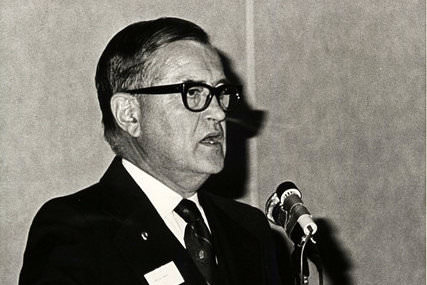 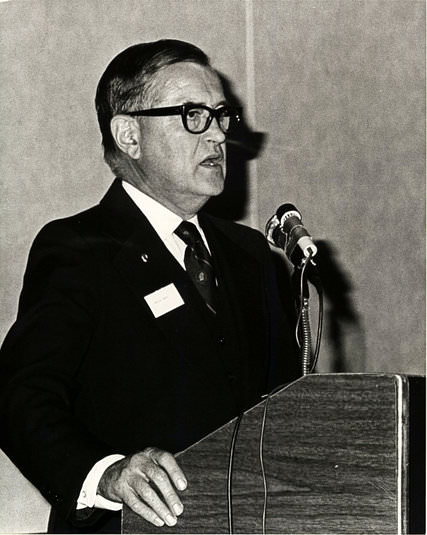 Willis Carto, a reclusive behind-the-scenes wizard of the far-right fringe of American politics who used lobbying and publishing to denigrate Jews and other minorities and galvanize the movement to deny the Holocaust, died last Monday at his home in Virginia. He was 89.

His death was announced by The American Free Press, a newspaper he helped found.

Mr. Carto raised funds to finance a right-wing military dictatorship in the United States, campaigned to persuade blacks to voluntarily return to Africa and, most influentially, started newsletters, a journal and conferences of academics and others to deny the scale, and even the existence, of the Holocaust.

The Anti-Defamation League called him “one of the most influential American anti-Semitic propagandists” and “the mastermind of the hate network.”

Mr. Carto did not speak in public, refused interviews, wrote under pseudonyms, did not include his name on his publications’ mastheads and conducted business from pay phones. But at his peak in the 1980s, he headed an organization, Liberty Lobby, with a mailing list of 400,000; and published a newspaper, The Spotlight, with a circulation said to exceed 300,000.

His Liberty Lobby broadcast on 470 radio stations daily in 1981. His publishing house, Noontide Press, churned out works like Hitler’s “Mein Kampf” and “For Fear of the Jews.” He started the Populist Party that ran the Klan leader David Duke for president in 1988. His dozens of corporations and publications shuffled money, staff and mailing lists.

He called himself a Jeffersonian populist and said he was merely the low-paid treasurer of his empire, subservient to a board that had real influence. But court testimony in case after case proved that he steered his organizations.

It was by midwifing the movement to portray the Holocaust as a hoax or greatly exaggerated that Mr. Carto made his biggest mark.

In 1978, he started the Institute for Historical Review to spread what it termed a “revisionist” view of the Holocaust through its glossy, heavily footnoted Journal of Historical Review and conferences of historians from the United States and Europe.

Although the journal sometimes offered revised views of other historical events like World War I from mainstream historians, it usually pondered questions like whether the concentration camps’ gas chambers had the capacity to execute six million Jews — if, in fact, the gas chambers existed.

Calling evidence that the Holocaust actually happened “atrocity propaganda,” the institute in 1979 offered to give $50,000 to anyone who could prove that Jews had been gassed at Auschwitz.

It explicitly dismissed statements by Rudolf Höss, one of the commanders at Auschwitz, that a cyanide gas, Zyklon B, had been used to commit mass murder. It said those confessions were made “under duress.” Most historians estimate that 1.1 million died at the camp.

Mel Mermelstein, a businessman from Long Beach, Calif., who survived Auschwitz, provided documents, eyewitness testimonies, histories, photographs and even a can that had contained Zyklon B to the institute. He told of seeing his mother and sister driven into the gas chambers in 1944.

Upon hearing nothing in response, he sued. In July 1985, Mr. Mermelstein and the institute agreed to settle the case. The settlement mandated that the institute pay the $50,000, plus an additional $40,000; apologize; and accept earlier court rulings that the Holocaust was an indisputable fact.

Early on, Mr. Carto sometimes presented himself as a conventional conservative activist. In 1956, he operated what he called “a nerve center” at the Republican convention that distributed 100,000 pieces of literature. He said he was ready to offer an immediate right-wing alternative if President Dwight D. Eisenhower chose not to seek re-election.

In the 1960s, he contributed money to congressmen to try to stymie civil rights legislation, and several times was invited to testify before congressional committees. He later helped bolster what became fairly conventional rightist causes: drastically slashing the income tax and blocking a constitutional amendment to guarantee women equal rights. His positions on immigration, globalization and multiculturalism — all of which he loathed — were influential.

In the 2012 Republican presidential campaign, Representative Ron Paul accepted the support of Mr. Carto’s newspaper The American Free Press, but later stipulated he did not endorse its racial views. Some of Mr. Paul’s writing had appeared in the paper, possibly without his knowledge.

“Willis has talked to me about playing the role of a respectable conservative when his true feelings are those of a racial nationalist,” Louis T. Byers, a right-wing activist and theoretician, told The Washington Post in 1971. “I was as close to being a friend as anyone Carto has known.”

Willis Allison Carto was born in Fort Wayne, Ind., on July 17, 1926, and joined the Army after high school. He was wounded twice in fighting in the Philippines during World War II and earned the Purple Heart. After the war, he lived with his parents in Mansfield, Ohio, and, according to a court deposition, attended courses at the University of Cincinnati Law School.

He worked for Procter & Gamble in Cincinnati, then moved to San Francisco where he was a bill collector for the Household Finance Corporation. He became involved in right-wing causes, and started a monthly bulletin called Right.

On June 10, 1960, Mr. Carto had a profound experience. He went to the San Francisco jail to interview Francis Parker Yockey, who was being held for passport fraud, for Right. Mr. Yockey was an embittered American lawyer who quit his job as a prosecutor in the Nuremberg trials because of dissatisfaction with the Allied prosecution.

More significant, he was an avid disciple of Hitler who had, under the pseudonym Ulick Varange, written a 600-page philosophical tome titled “Imperium” that savaged Jews. He had been roaming the world promoting his racist philosophy.

Mr. Carto dedicated himself to preserving and propagating his hero’s thoughts. He published a new edition of “Imperium” and wrote a 35-page introduction in which he said Europeans living under monarchies were freer than present-day Americans, and derided the notion of racial equality.

In those early days, he joined the far-right John Birch Society, but left because the society’s founder, Robert Welch, deemed his anti-Semitism a pointless diversion. Contributors to Right included the American Nazi leader George Lincoln Rockwell, who declared: “And dangerous we ARE. To Jew traitors we are deadly and we openly inform them we will stuff them into gas chambers in 1972 when we are elected to power.”

In 1958, Mr. Carto formed Liberty Lobby as a “pressure group for patriotism.” His influence grew, as he added and subtracted organizations, publications and initiatives. In 1966, he acquired control of The American Mercury, a magazine H. L. Mencken helped found, and made it a mouthpiece for his ideas. He produced hundreds of thousands of pamphlets for George Wallace’s presidential campaign in 1968.

Mr. Carto’s offices were firebombed and burned to the ground in 1984. Only his own office — with its four bronze busts of Hitler — escaped the destruction.

Amid allegations of financial fraud, he was forced out of the Institute of Historical Review in the mid-1990s, but soon started another publication to deny the Holocaust, The Barnes Review. A bankruptcy in 2001 did not slow him down. He lost The Spotlight, but replaced it with The American Free Press.

He kept up with current events, blaming the terrorist attacks of Sept. 11, 2001, on Israel.

Mr. Carto is survived by his wife, the former Elisabeth Waltraud, who worked closely with him. They had no children.