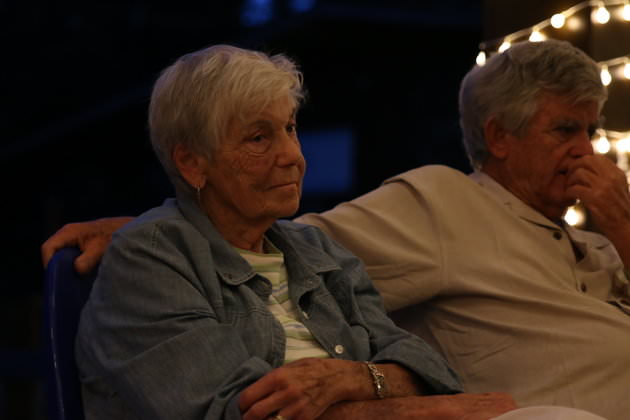 Jewish teenagers in fifteen countries from around the globe will meet with Holocaust survivors on Nov. 6-7, for “A Shabbat to Remember.” The event, organized by Jewish youth organization BBYO, falls just days before the 77th anniversary of Kristallnacht, a wave of violent anti-Semitic attacks instigated by Nazi Party officials in 1938.

For Colin Silverman, who serves as the international president of BBYO’s high school leadership fraternity, the “Shabbat to Remember” is a crucial opportunity for Jewish youth to hear stories of the Holocaust directly from its survivors.

“A Shabbat to Remember” was first conceptualized in July 2015 at BBYO’s international summer camp hosted in Lake Como, Pennsylvania. Eight Holocaust survivors visited the camp and shared their stories with the hundreds of teens who were in attendance.

Trudy Albom, a survivor originally from the region that is now Slovakia, participated in the summer event and said she felt it is her “calling” to teach young people about the Holocaust so that it never happens again to any other community.

“Any of the youngsters who hear me or any of the other survivors… they will remember it,” Albom told HuffPost. “You cannot bring back the dead, unfortunately, but in their memory I hope people will learn to live together and respect everybody.” COURTESY OF BBYOTrudy Albom and Bob Germinder at BBYO’s “Shabbat to Remember” in July 2015.

BBYO chapters around the world will be participating in BBYO’s Global Shabbat, Silverman said. Some will host Shabbat dinners and services in local synagogues, Holocaust museums or parks. Over 100 survivors will be in attendance at the various events.

Silverman said he will celebrate the Shabbat with BBYO’s New England region in Providence, Rhode Island where five Holocaust survivors are scheduled to come speak. At each of the weekend’s events, BBYO will induct the survivors as honorary members of the Aleph Zadik Aleph (AZA) and B’nai B’rith Girls (BBG), BBYO’s high school leadership fraternity and sorority.

At 19 years old, Silverman said he reflected on the large age difference between the teens and the survivors, who “weren’t able to have this teen life.”

“We’re able to honor their lives and honor their childhood that was stripped from them by the Nazis,” Silverman continued.

Bob Geminder, a Holocaust survivor who attended the July summer camp, echoed Silverman’s sentiment in a video produced by BBYO about the event.

“Because we’re alive, we can talk, we can dance, we can play, it brings us closer to [the teens], and them closer to us,” Geminder said. “My favorite saying is: The Nazis stole my childhood. I’m now in my first happy childhood.”