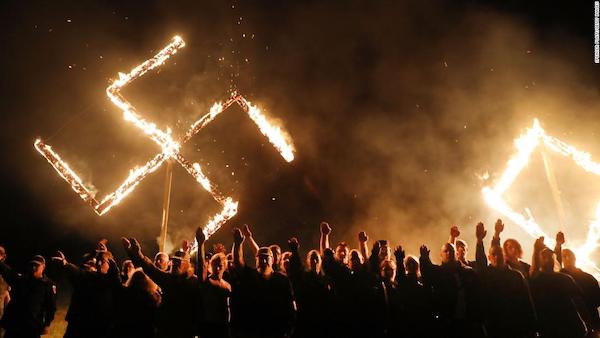 The International March of the Living expresses its deep concern over the recent CNN special, State of Hate, which reported a dramatic and shocking increase in the rise of Anti-Semitism in the US in the last few years.

According to the numbers provided by the ADL to CNN, in a disturbing trend, 2017 saw almost 2,000 Anti-Semitic incidents, an increase of 57%, and the largest on record. Furthermore, while Jews are just 2% of the US population, Jews are recipients of 60% of its hate crimes.  (See: https://www.cnn.com/2018/11/26/us/America-state-of-hate/index.html)

These grave numbers are a reminder of the ever-present threat of Anti-Semitism, the world’s oldest hatred, and the reality that no generation is immune to the resurgence of this dangerous phenomenon.

Dr. Shmuel Rosenman, Chairman of March of the Living, commented: “In recent years, Europe and the USA have been engulfed with a strong wave of anti-Semitism; this new poll further supports this notion. We must not bury our heads in the sand, we should all take accountability and teach the lessons learned following the Holocaust. Europe must wake up and take serious steps to eradicate this phenomenon, as so many of its inhabitants hold dangerous and anti-Semitic narratives. This is why in the last several years March of the Living has increased the number of non-Jewish teenager participants from all across Europe. An entity composed of European Prime Ministers and Presidents must be established, so they can fight anti-Semitism, as well implement an organized and thorough Holocaust Studies educational program to prevent such ignorance – which leads to hate”.

On May 2, 2019, Holocaust Remembrance Day, over 10,000 students will participate in the annual March of the Living, as they march arm in arm with Holocaust survivors from Auschwitz to Birkenau. They will be joined by thousands of other people of goodwill — of diverse backgrounds and faiths — as they march side by side in memory of all victims of Nazi genocide and against prejudice, intolerance and hate.

Since 1988, over 260,000 participants have joined the March of the Living on this impactful and meaningful journey.

Reports like the one above are yet another reminder of the urgency of the March of the Living message. “Our mission of education is as important today as it ever was, if not more so, given the reality of the internet and the ability to spread hatred across the globe in real time. Education is our weapon against ignorance and an insurance policy for a better future for all humanity”, said Phyllis Greenberg Heideman, President.