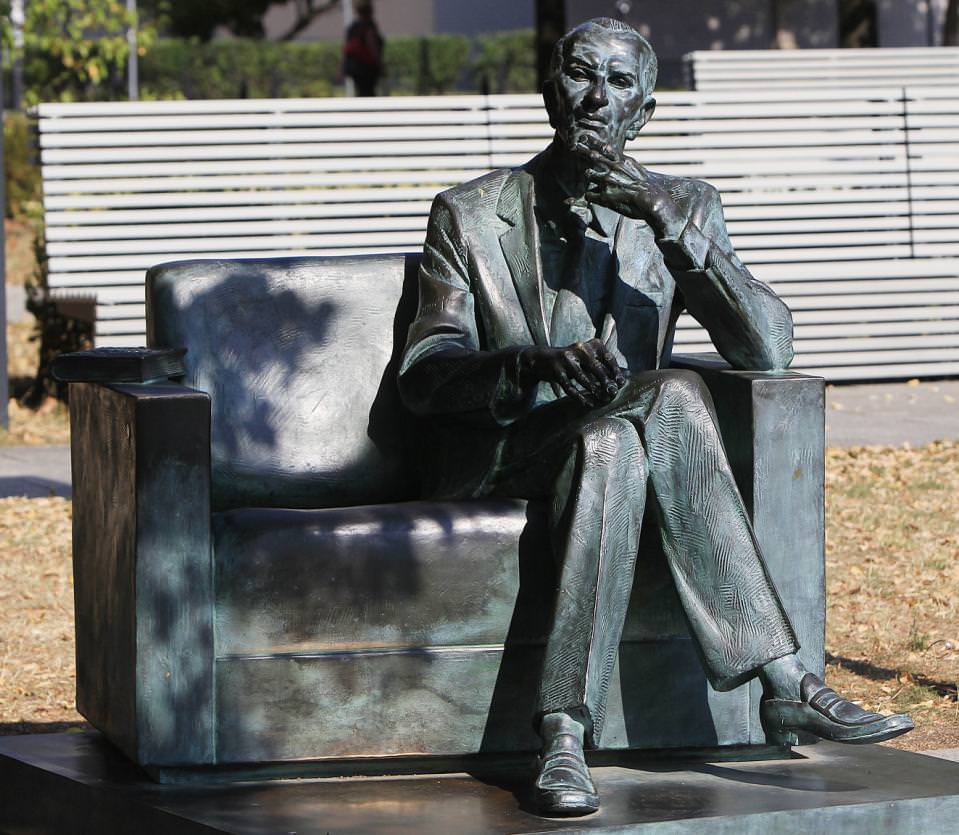 WARSAW, Poland (AP) — As a Catholic Pole, Elka shouldn’t even have been in the ghetto of Czestochowa, in southern Poland. But the nanny was so devoted to the 12-year-old Jewish boy she had raised since infancy that she refused to leave. She ended up being sent to the Treblinka death camp — where she was murdered with the Jews.

Today the boy, Sigmund Rolat, is an 85-year-old Polish-American businessman and philanthropist on a mission. He aims to build a memorial in heart of Warsaw’s former ghetto to his beloved Elka and the thousands of other Polish Christians who risked their lives for Jews during World War II.

While the project has the blessing of Poland’s chief rabbi, it has also sparked strong opposition. Many scholars and some Jews fear that a monument to Polish rescuers at Warsaw’s key site of Jewish tragedy will bolster a false historical narrative that Poles largely acted as rescuers of Jews during the Holocaust. In reality, many Poles were indifferent to the plight of Jews during the war and some participated in their persecution.

Official Polish narratives about the Holocaust already typically highlight the Poles who risked their lives to save Jews. Poland has been actively promoting the memory of Jan Karski, a resistance fighter who brought proof to the West of the destruction of Poland’s Jews.

Yet little is said about the widespread passivity that existed despite such enormous Jewish suffering, or cases where Poles used the breakdown of law and order to blackmail and murder Jews themselves, driven by greed or anti-Semitic hatred.

“Poles were victims, but at the same time they were also victimizers of the most fragile members of society,” said historian Jan Grabowski, an opponent of the memorial and author of “Hunt for the Jews: Betrayal and Murder in German-Occupied Poland.”

The debate comes against the backdrop of a dramatic, more positive change in attitudes toward Poland’s Jewish history since the country’s repressive communist era. The democratic European Union nation is increasingly celebrating the large Jewish population that flourished in Polish lands for centuries until the Holocaust — the new POLIN Museum of the History of Polish Jews is a key example of this efflorescence.

Under Rolat’s plan, the memorial would be next to the POLIN Museum and near a monument to the Jewish fighters of the 1943 Warsaw Ghetto Uprising.

But there is still stiff resistance by the Polish government and mainstream society to acknowledge the uncomfortable truth that Poles — who were tortured, imprisoned and murdered in huge numbers by the Germans — also took part willingly at times in the murder of Jews.

Nobody questions the heroism of the Polish rescuers, who risked immediate execution along with their entire families. Israel’s Holocaust memorial Yad Vashem has documented more than 6,500 such Poles.

Opponents of the memorial, however, argue that the former Warsaw ghetto should remain primarily a site of Jewish mourning, not a site of Polish national glory — given how little help actually reached Poland’s 3.3 million Jews, most of whom perished. They stress that saving Jews was the rare exception and that rescuers had to fear not only the Germans but also betrayal by other Poles.

Yad Vashem says even after the war, Polish rescuers sometimes asked the Jews they had helped not to tell anybody, not wanting their neighbors to know.

“Polish anti-Semitism was ubiquitous before the war and unscrupulous,” reads an open letter against the memorial project written by three Polish scholars — Bozena Keff, Helena Datner and Elzbieta Janicka — and signed by many others. “That was the context for the Righteous, who acted DESPITE and not with the consent of the majority.”

Michal Bilewicz, a psychologist who specializes in anti-Semitism and the Holocaust, describes Polish behavior toward Jews during the war as extremely complex and difficult to convey. Many assume that Poles collaborated with the Nazis, but this is wrong: Poland’s underground state and army even had a unit to help Jews.

“They did not collaborate with the Nazis. But at the same time large numbers of these people were anti-Semites,” said Bilewicz, an associate professor at the Center for Research on Prejudice at Warsaw University. “They were more violently anti-Nazi than they were anti-Semitic, but they hated Jews. Sometimes they even said ‘there is only one good thing about Hitler: that he resolved the Jewish issue in Poland.'”

This still-painful and unresolved relationship to the darker side of Poland’s wartime history leads to frequent controversies.

When the Polish film “Ida” won an Oscar this year, Polish nationalists denounced it as “anti-Polish” for depicting Polish peasants who killed a Jewish family during the war, without any hint that the country was under German occupation or any acknowledgement of the existence of some rescuers.

Poles were also outraged this summer when FBI director James Comey, in a speech at the U.S. Holocaust Memorial Museum in April, listed Poles among the war’s perpetrators.

“In their minds, the murderers and accomplices of Germany, and Poland, and Hungary, and so many, many other places didn’t do something evil. They convinced themselves it was the right thing to do, the thing they had to do,” Comey said.

Then-president Bronislaw Komorowski called the comments “an insult to thousands of Poles who helped Jews,” while Prime Minister Ewa Kopacz said: “To those who are incapable of presenting the historic truth in an honest way, I want to say that Poland was not a perpetrator but a victim of World War II.”

“The (Polish) reaction was completely hysterical,” said Grabowski, the historian. “What Comey said was basically and entirely true: that otherwise good people under very particular circumstances during the war started murdering Jews and felt absolutely no remorse or guilt. He mentioned the Germans, Hungarian and Poles, and he also could have mentioned the French and Italians and Ukrainians. His only sin was the sin of omission.”

Bilewicz attributes what he calls Polish “hypersensitivity” in such debates to a “lack of acknowledgement of Polish suffering during the Second World War” — widespread ignorance outside of Poland to the huge civilian losses, the destruction of Warsaw, the fact that many non-Jews were also sent to concentration camps.

Rolat, the Holocaust survivor sponsoring the project, faced a recent setback when an international art jury picked an unusual concept from the many proposals: a forest nursery next to the Jewish history museum whose trees would later be replanted in locations linked to Jewish life.

Rolat says that project cannot be implemented because it would not be permanent and would require continuous maintenance funds. He has vowed to still build sometime beautiful and appropriate, insisting that one can never do enough to show gratitude to people like his nanny — a woman whose last name he doesn’t even know.

“Elka was as important to me as a child as my mother was,” Rolat said. “And she died only because she loved a Jewish child.”