Is It Kosher to Invoke the Shoah in Politics 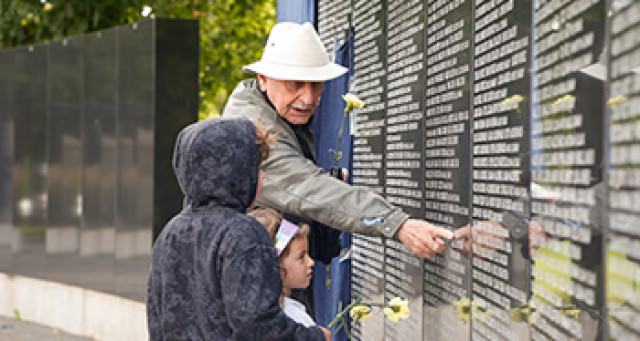 The recent backlash against York Centre Conservative MP Mark Adler for noting in campaign literature and on his website that he’s the son of a Holocaust survivor raises larger questions about the appropriateness of referencing the Shoah in political and campaign rhetoric.

Former Montreal-area Liberal MP Raymonde Folco, herself a child Holocaust survivor, was among those who criticized Adler for, as she put it, “us[ing] the Holocaust in this way, for personal ends.”

It wasn’t the first incident of late in which a Canadian politician invoked the Holocaust and was swiftly condemned for it.

Defending a part of the bill that would ban the spread of terrorist propaganda online, he said, “The Holocaust did not begin in the gas chambers. It began with words.”

The night before, in a speech to alumni at McGill University, federal Liberal Leader Justin Trudeau had attacked the Conservative government’s immigration policies, saying it had stirred up anti-Muslim sentiment.

After adding that “we should all shudder to hear the same rhetoric that led to a ‘none is too many’ immigration policy towards Jews in the ’30s and ’40s being used to raise fears against Muslims today,” Trudeau faced harsh criticism from Jewish groups and political opponents alike. Most said the reference was offensive and the historical parallel inaccurate.

The question of whether citing the Holocaust is ever acceptable in politics divides even those who are close to the issue.

Nelson Wiseman, a professor of political science at the University of Toronto and the child of Holocaust survivors himself, said he doesn’t consider either Adler’s or Blaney’s Holocaust references to be in poor taste.

“Is it in poor taste for an Aboriginal to say, ‘I’m a survivor of the residential school system’? Is it in poor taste to say ‘My relative starved to death during the Holodomor [a man-made famine in Soviet Ukraine that killed millions of Ukrainians]?’” he asked.

Wiseman added that Blaney’s claim about the Holocaust beginning with words was hardly irrelevant.

“Should we discount Mein Kampf?” he asked. “Many people did.”

Myer Siemiatycki, a professor of politics at Ryerson University whose parents also survived the Shoah, argued that political parties and candidates can best honour the Holocaust by combating racism and protecting human rights, not by exploiting it for “personal electoral advantage,” as he believes Adler did.

“This debases the catastrophic Holocaust experience of the Jewish People into crass partisan marketing,” he added.

Jonathan Kay, editor-in-chief of The Walrus magazine, drew national attention to Adler’s Holocaust reference by tweeting a picture of it on Adler’s campaign office poster Aug. 16.

Kay told The CJN it was the way Adler presented his heritage that he objects to.

“It’s completely legitimate to say, ‘This tragedy is part of my family history and it’s given me a special appreciation for the universal lessons that came from it,’” Kay said. “But the context people see here is that the Conservative party has made a very special, and sometimes slightly obsessive, push to convince voters Harper is committed to the survival of the Jewish State… So it’s reasonable to interpret [Adler] as saying, “I’m more sensitive to the needs of Israel and world Jewry because of this one thing’… To my mind, he was exploiting his family history to reinforce Conservative talking points about foreign policy.”

Eli Rubenstein, national director of March of the Living Canada, said because the Holocaust is widely known as an epic human tragedy, with extremely graphic imagery attached to it, people often invoke it to make a point.

In making the case to grant tens of thousands of Vietnamese “boat people” asylum in Canada, Atkey referred to Canada’s infamous “none is too many” policy of barring Jews from immigrating to Canada during World War II.

But citing the Holocaust in a way that trivializes it, or when it has no bearing on the subject at hand, is not OK, Rubenstein said. “For example, bullying is wrong, but one shouldn’t invoke the Holocaust to make that point.”

Rabbi Abraham Cooper, associate dean of the Simon Wiesenthal Center in Los Angeles, said it’s a given that politicians will mention their family heritage or involvement in a tragic historical event.

He pointed to U.S. Republican presidential candidate Marco Rubio, who “in pretty much every national debate and public arena wants to make sure it’s known he’s the son of Cuban refugees who fled Castro,” and retired U.S. senator Joe Lieberman, who “made a big deal of the fact he’s shomer Shabbat.”

Rabbi Cooper stressed, “For many political candidates nowadays, every moment of their background is anyways vetted, debated, put on social media… Why should one never mention their family or history? I believe people who don’t do this are in the minority.”