The Guardian, By Jean West

Jewish activists in Scotland have started a campaign to support the grandchildren of Holocaust survivors across the world, saying the trauma of the extermination camps continues to haunt the descendants of those who suffered there. 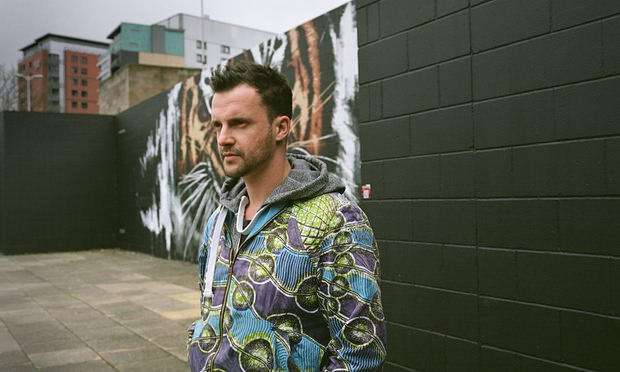 Dan Glass, 29, from London, said he heard constant tales of the Holocaust as he grew up, which have deeply affected him into adulthood.

“All four of my grandparents narrowly avoided the gas chambers in Auschwitz and countless of their friends met with this fate. For my father it was a daily conversation in my teens and early 20s and even though I very profoundly understood his pain, one day I had to say to him, ‘Dad, I can’t talk about this anymore.’ My father had a whole wall of books on the subject of the Holocaust – it was all he wanted to talk about, but it was so harrowing for me.”

Glass began speaking to other children and grandchildren of Holocaust survivors, initially for an academic thesis, then later as part of the group he founded Never Ever Again!, a reference to the 1948 Universal Declaration of Human Rights pledge. He said he soon realised he was not alone in being scarred by the traumatic pasts of his relatives.

“I have been privileged to hear so many stories from young people who should now be able to live with joy – but their lives are damaged and they weren’t even there,” he said.

Glass adds that other grandchildren of survivors have experienced clinical depression, anxiety, addiction and eating disorders, which they blame on the impact of their families constantly retelling stories of the horrific events their relatives endured.

Ken Feinstein, a second generation family member, whose parents were Holocaust survivors and who grew up in Boston, Lincolnshire, told of how his school teacher, who also survived, insisted children as young as eight watched documentaries on the subject.

“When kids would look away from it she would yell at them, ‘You have no right to do that. I buried my family.’ We must have been about seven or eight years old. How do you prepare children of this age for something like that? They just showed it to us and kind of traumatised us. It was definitely meant to shock us into never forgetting,” said Feinstein.

My grandparents rejected the Holocaust survivor label. They weren’t alone
Yuliya Komska
Read more
A young woman from London told Glass of how her grandmother, who was in the Dutch resistance, avoided starvation at times by digging up flower bulbs and sucking out the nutrients. The woman later developed anorexia and believes it was related to the war stories that had been passed down the line and never processed.

Trauma research about the impact of the Holocaust on subsequent generations varies; some studies conclude there is no effect of trauma two generations on, while others claim that breast milk of survivors was affected by stress hormones that impacted on the physiology of the next generation. Some in the field of epigenetics say the intergenerational effects of the Holocaust are very pronounced and that the atrocities altered the DNA of victims’ descendants, so that they have different stress hormone profiles to their peers.

Psychologist Ruth Barnett, whose Jewish father fled Germany for Shanghai, narrowly escaping the Holocaust, says she has witnessed inherited trauma in some of her clients.

“Constantly talking about events like the gas chambers to grandchildren is a way that traumatised people try to get rid of it – by sicking it up. But unless it is processed properly, they make even more anxiety for themselves and other generations.”

Never Ever Again! wants to move from what it calls “melancholic memorialisation” to “positive action”, and is calling for mental health provision to treat inherited trauma, as well as campaigning on various issues, including increased surveillance of fascist groups across Europe, supporting the Human Rights Act and challenging anti-immigration legislation.

Glass says that while it is essential to preserve historical facts, the traumatising effect of memory should be addressed now. “Our grandparents went through one horror, but it is important that we learn to process and debrief from their story to bring about wholesale recovery for this generation and the next.

“We should be releasing these old wounds to something beautiful rather than staying paralysed in memory and fear. Until then we cannot properly celebrate their lives or any kind of victory.

“What would our grandparents have felt if they had known we have had to carry their torment through generations? Wouldn’t they have wanted us to find the peace that was robbed from them? Wouldn’t they want us whole and living lives that they lost?

“I realised that if they could speak to us beyond the grave many would have agreed the mourning has to stop and be replaced with something more constructive.”