Getting Millennials to Talk About the Holocaust 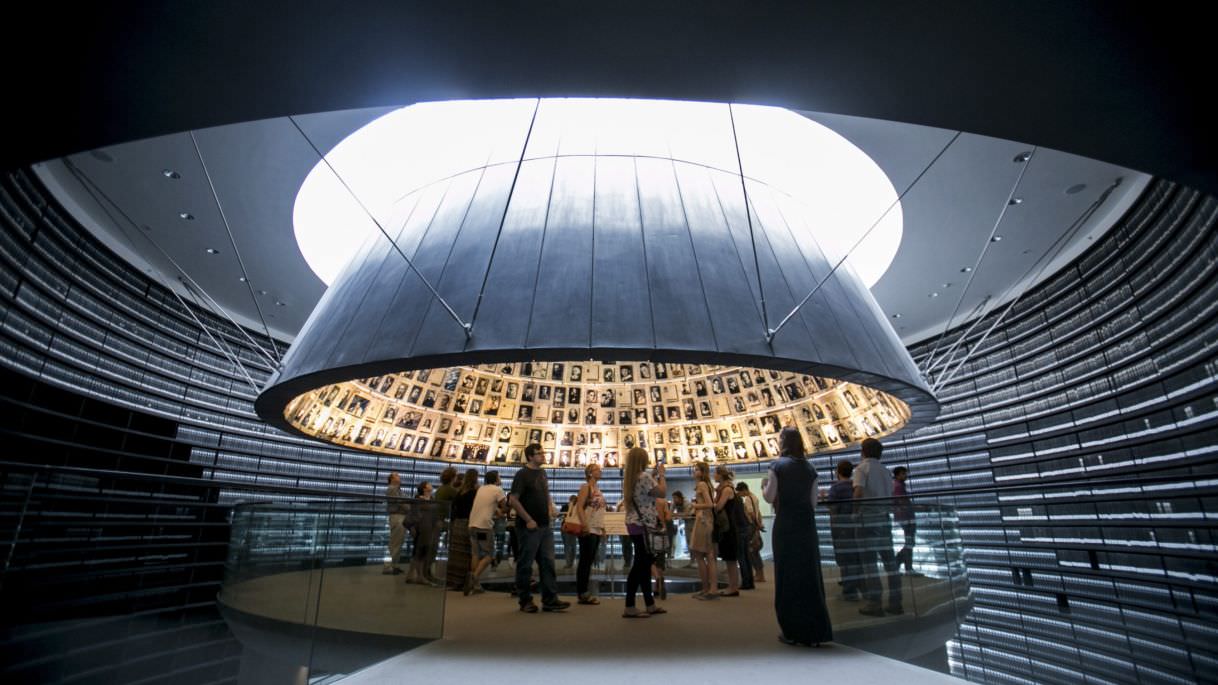 Yad Vashem and Hewlett-Packard are using tech to get the young generation interested in the Jewish people’s worst tragedy. 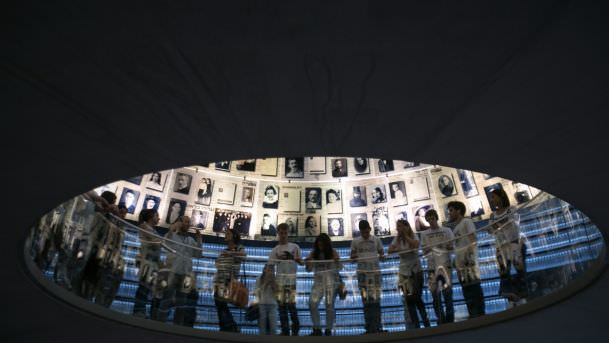 Young people visiting the Hall of Names at the Yad Vashem Holocaust museum and memorial.

The testimonies of 125,000 Holocaust survivors are preserved in the archives of the Yad Vashem Holocaust memorial and museum. Some are on video, others just on audio or in writing.

Examining all this material is impossible even for the most industrious researchers. Sometimes, even watching a single testimony — which can take many hours — is exhausting, especially for a young person used to rapid-fire information.

In recent years, the people at Yad Vashem have realized that it’s not enough to scan testimonies or upload archival material onto the Internet. They have to make it all accessible in a social-media style — whether to historians, students, journalists or anyone else.

Over the past decade Yad Vashem has been making its collection accessible to the wider public; for example, it has put online its database of names of over 4.5 million Holocaust victims and its 450,000 photographs.

In October, employees of HP Israel were tapped to find the accessibility solution. HP and Yad Vashem held what’s known in the tech industry as a Big Data Hackathon; the HP-Yad Vashem event was called “History Meets Innovation.”

Some 200 HP employees applied to take part in the competition and 17 teams participated. They spent thousands of hours analyzing video, audio, text and pictures in an attempt to make accessible the most gripping material. The winning projects were announced at a ceremony at Yad Vashem on October 26.

“They had to deal with enormous amounts of information, to analyze it and draw conclusions,” said Raffi Margaliot, a senior vice president at HP Software. “It’s a complex challenge because Shoah survivors or victims passed through many countries, and in every country the data were kept in a different way.” 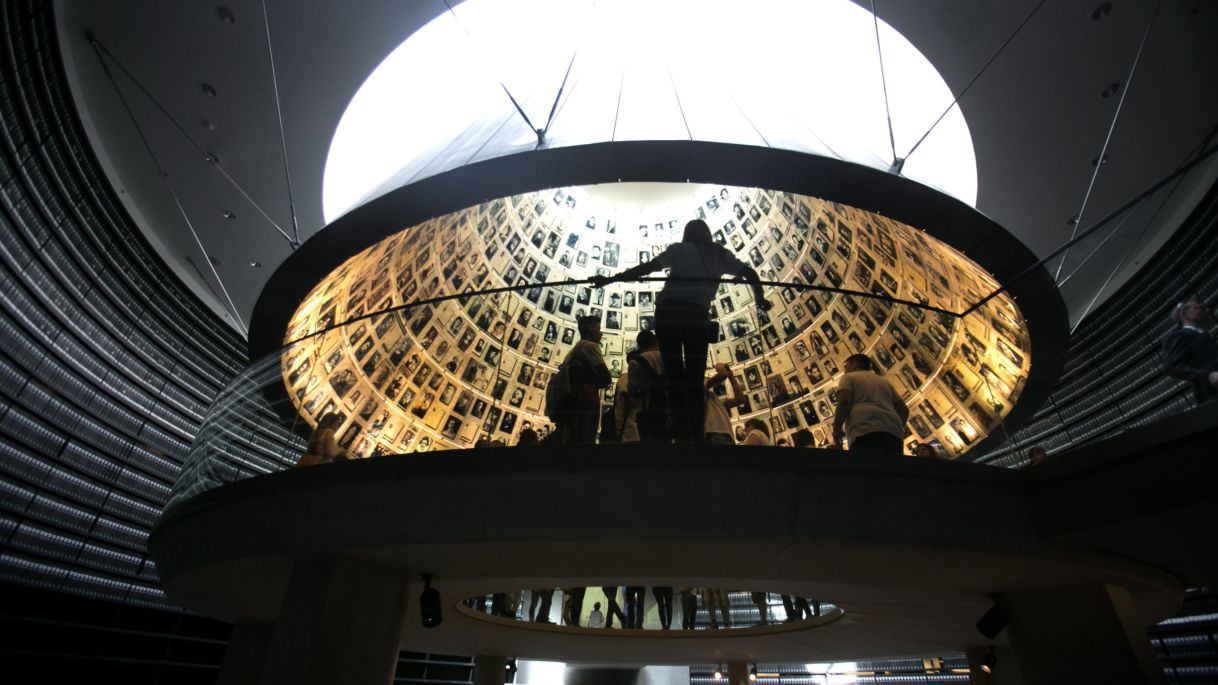 Young people visiting the Hall of Names at the Yad Vashem Holocaust museum and memorial.

To help overcome today’s students’ short attention spans, the HP employees cataloged the video testimonies with tags. This lets viewers skip to specific topics such as a survivor speaking specifically about Auschwitz.

“Yad Vashem is addressing the question of how to remain relevant and how to keep the subject of the Shoah relevant for future generations,” said Yad Vashem’s chief information officer, Michael Lieber.

“The problems we’re dealing with are at the cutting edge of technology. They’re the key to the link with young people, and we have to make sure the user experience speaks in their language.”

Searing an event into the consciousness

Yad Vashem has worked with leading technology companies in the past. The most recent project, launched in 2011, was with Google, which made 130,000 of Yad Vashem’s pictures accessible to the public. This project taught Yad Vashem something else too.

“We discovered that the wider public can contribute to the content,” said Gertner, the archive director. “We were the first archive that let users add comments on items in the archive.”

Education Minister Naftali Bennett attended the HP-Yad Vashem event and gave an example of how a historical phenomenon had been seared into the Jewish people’s consciousness — the Exodus from Egypt. He mentioned three main elements: an interactive dialogue with the younger generation, an experiential seder and a communal experience that one shares with family and friends.

All these elements can be integrated into Holocaust remembrance via technology and keep the Holocaust relevant for millennia. “There is no more important goal for the Jewish people and the whole of humanity than to remember the Shoah,” Bennett said.

Yad Vashem Director General Dorit Novak spoke of the importance of the process, not only the results. “Around 15 million people visit the Yad Vashem website every year,” she said.

“We have to engage with the younger generations to harness the language of technology in order to continue to piece together the stories of the Shoah and make them accessible to everyone.”

Still, the people at Yad Vashem know that there are limits to the use of technology. As Yad Vashem Chairman Avner Shalev put it, “Access to the material must be done while preserving the sensitivity and the necessary context for presenting such materials.”

Lieber spoke of this too. “It’s possible to take it to good places and less good ones,” he said. “We’re aware of the technology’s ability to be a bridge between generations, but at the same time we’re aware to show sensitivity because of the type of material we’re dealing with.”

A perusal of the HP projects can help us understand these intentions. In addition to the search methods, some projects tried to make the testimonies jump out at the viewer — in a way that might have exaggerated events in a bid to draw in younger viewers.

After all, there were long and trying times at the concentration camps that can’t be brought to life with the press of a button.