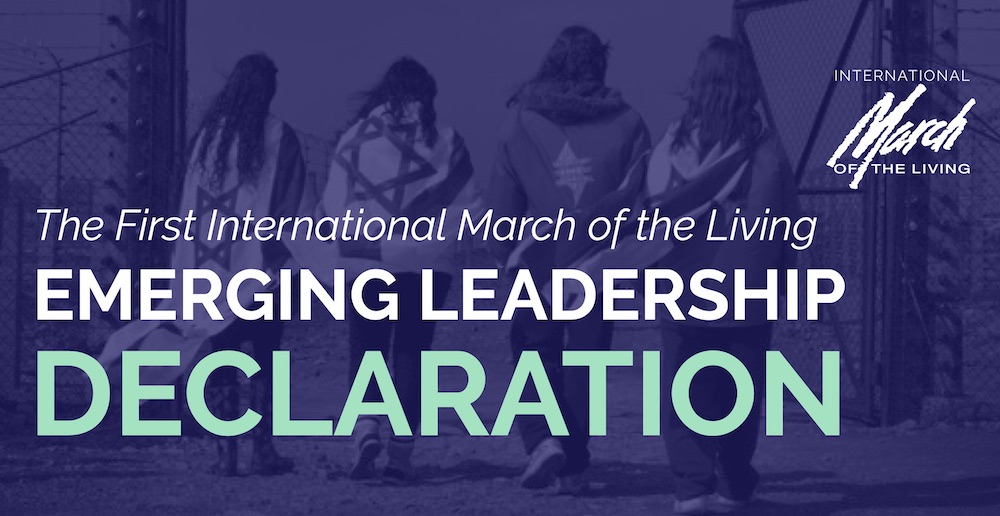 We have always been a small nation with a resonating voice. Our 4000-year old story is rich with love and triumph, though rife with hatred and tragedy. In places near and far, innumerable, uncountable, there…and here, we have known anti-Semitism. Targeted, chased, expelled, isolated, killed, and nearly exterminated.

We knew anti-Semitism then and we know it today. Acts of anti-Semitism and all types of hatred are further spreading the destructive impact of intolerance. Standing here today together, Jews and non-Jews alike, we must not remain idle in the face of evil, no matter its form or expression.
It has been said, “The path to Auschwitz was built by hatred, but paved by indifference.”

We have the ethical obligation not only as Jews but as human beings to transform the world we see into a place where we want to be.

Reaching that goal requires us to understand that simply refraining from evil will not allow our vision to reach fruition, for it is in the active pursuit of goodness and the relentless search for kindness that humanity may fulfill its potential.

With this declaration we vow to be builders of the future, not victims of the past, and here today we pledge to:

Stand tall in the face of bigotry;

Raise our voice against anti-Semitism;

Speak out against racism; and

Commit to loving all our neighbours as ourselves.

And the participants of the 2019 March of the Living