At the Jewish Museum of Vienna, Enduring Images of Europe 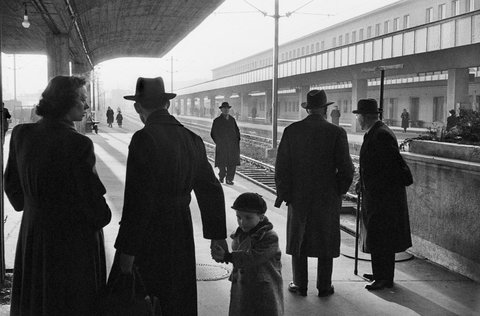 Erich Lessing is one of the foremost chroniclers of 20th-century Europe, known equally well for photographing politicians like Charles de Gaulle, Eastern Bloc beauty queens, and daily life — a bar mitzvah boy in postwar Poland, a tailor in front of his war-damaged store.

A retrospective of his work goes up April 29 at the Jewish Museum of Vienna, curated by his daughter Hannah Lessing, the secretary general of the National Fund of the Republic of Austria for Victims of National Socialism, which gives financial support to survivors of the Holocaust. The title: “Lessing Presents Lessing.”

Mr. Lessing, 91, fled to Palestine in 1939 and returned to the city in 1946. His mother had been killed in Auschwitz, but Mr. Lessing was committed to documenting postwar Europe. (He still lives in Vienna.)

“I wanted to show his photo-reportage, and I will do this with the Hungarian revolution, which was his breakthrough as a war reporter,” said Hannah Lessing, explaining her selections.

Other choices include a series from the reconstruction of Vienna, and lush color landscapes of Israel.

“I had always wanted to show Erich Lessing,” said the museum chief executive Danielle Spera. “The result is an exciting mixture out of all his different works.”

The exhibition runs through Sept. 8, after which it will travel to the Austrian Cultural Forum in New York.

Combating discrimination and hatred through education