A New Look at Japan’s Wartime Atrocities and a U.S. Cover-Up 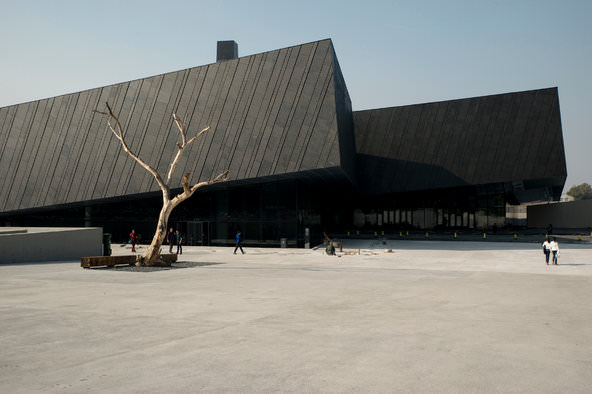 The new Museum of War Crime Evidence by Japanese Army Unit 731 opened on Aug. 15 on the site of Japanese biological and chemical warfare experiments on prisoners.Credit Gilles Sabrie for The New York Times

Joy Chen is sitting on a bench outside a new museum about the medical atrocities committed by Japan’s Unit 731 in Manchuria during World War II, trying to absorb what she learned inside: After the war, the United States covered up Japan’s biological warfare research on humans, allowing the perpetrators to escape punishment and to prosper.

That is detailed prominently in exhibition notes and an audio guide in the black marble building that lies like a split box here in Pingfang, on the edge of Harbin in northeast China: “Out of considerations of its national security, the U.S. decided not to prosecute the leader of Unit 731 and the criminals under him. They all escaped trial for war crimes.”

Led by Dr. Shiro Ishii, Unit 731 bred plague microbes, then deliberately infected thousands of men, women and children. It conducted vivisection and frostbite and air pressure experiments, transfused prisoners with horse blood and studied the effect of weapons on the body, among many things.

Ms. Chen had had her fill of horrors and left her two companions inside.

“I’m shocked,” said Ms. Chen, 24, who studies English at the Harbin Institute of Foreign Languages. “I couldn’t take more. As a Chinese person I just felt it was so incredibly cruel.”

An exhibit at the Unit 731 museum depicts a frostbite experiment on prisoners.Credit Gilles Sabrie for The New York Times 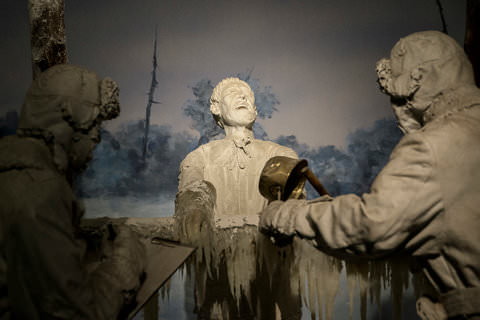 An exhibit at the Unit 731 museum depicts a frostbite experiment on prisoners.Credit Gilles Sabrie for The New York Times

“And I found out for the first time about the Americans. Why didn’t they prosecute them? I felt that was really hard to accept. Definitely, Chinese people will feel that way,” she said.
“It is shocking, isn’t it,” said Mark Selden, a historian at Cornell University, in a telephone interview.

“It is precisely correct, as far as we know. No one was prosecuted. A deal was cut for the rehabilitation of everyone,” Mr. Selden said.

That enabled the United States to gather information that was of great use for its own biological warfare program, early in the Cold War, he said.

In contrast, many Nazi doctors in Europe who did similar things were prosecuted by the Nuremberg war crimes tribunal.

The American action in Japan “was in some ways similar to how Wernher von Braun and other scientists were taken to the U.S.,” said Mr. Selden, referring to the German rocket scientist. “The U.S. made very good use of them.”

“In Japan, they did want the biological warfare research and they did take it. You and I may wonder if it was a wise thing to do, but the reality is that there was no significant pushback,” he said.

The Museum of War Crime Evidence by Japanese Army Unit 731, which opened on Aug. 15, is bolder in intent than the older, adjacent museum that it incorporates and replaces and, according to museum officials, has attracted large crowds of visitors.

Judging by Ms. Chen’s reaction, its blunt declaration of the cover-up is having some impact and could one day raise a difficult question: Should the United States apologize to China? 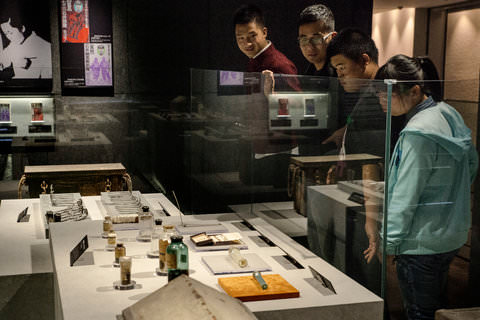 Those calls, for now mostly on the nationalist fringe, could grow if the relationship between the two nations worsens.

There are also serious historians and bioethicists who believe what happened is morally too significant and damaging to humanity to be excused. Jing-Bao Nie at the University of Otago in New Zealand is one.

“Morally, the cover-up trampled justice in the ruthless pursuit of national interest and national security,” Mr. Nie wrote in an email.

“Legally, the cover-up constitutes complicity after fact,” he said. “And pragmatically, a formal apology will serve the long-term interest of the United States because it can contribute positively to the relationship between the U.S. and China.”

That last may be needed one day, Mr. Selden said: “We are at a period in which there are a lot of tensions in the relationship.”

Yet for now, anger in China is directed almost entirely toward Japan, he said.

“I’ve often been struck by the unrestrained anger toward the Japanese, far beyond anything toward the U.S. Even if we are in a period of many frictions,” he said.