80 Years After Hitler’s Berlin Summer Olympics: Athletes Murdered In The Holocaust Are Not Forgotten 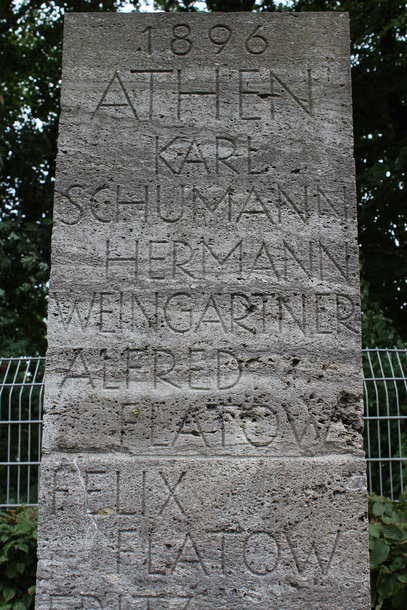 A tablet outside Berlin’s Olympic Stadium lists cousins Alfred and Gustav Felix Flatow, both of whom died in the Theresienstadt concentration camp.

But these fans thus miss one pillar—dedicated to the first modern Olympics, held in Athens in 1896—that’s particularly powerful. The chiseled names of Germany’s gold medalists that year include those of Alfred Flatow and Gustav Felix Flatow. The cousins, gymnasts from West Prussia in what is now Poland, were Jewish. Both would die of starvation in the Theresienstadt concentration camp during the Holocaust, Alfred in 1942, Gustav in 1945.

The Olympics scheduled for this August in Rio de Janeiro will be the 18th Summer Games held since Berlin, symbolically matching the numerical value of the Hebrew word chai, which celebrates life. But along with some monumental successes—notably, Mark Spitz swimming to seven golds in 1972 to set a record that endured until 2008—the shadow of death accompanies the Jewish presence at the world’s grandest athletic event.

The most notorious pall, of course, was cast when Palestinian terrorists kidnapped and murdered 11 Israeli Olympians in Munich the day after Spitz’s final triumph. One of the 11 Israelis killed at Munich, weightlifting judge Yakov Springer, was a Holocaust survivor.

According to Olympics historian Bill Mallon, 49 Olympians are known to have been killed in the Nazis’ concentration, labor and transit camps during the Holocaust. They competed for 12 countries in 18 sports and two competitions for sports-related art in the Summer Games and the Winter Games, and died in 15 camps. (The death sites of two of the Olympians are unknown.)

Mallon and his research team did not classify them by religion or ethnicity. But “the vast majority” of the 49 athletes were likely Jewish, said Robert Rozett, the director of libraries at Yad Vashem, Israel’s national memorial to victims of the Holocaust.

“It’s important to remember everyone who died in the Holocaust. Those interested in sports recall the athletes, just like those in the theater recall the actors, and in physics the physicists,” said Moshe Zimmermann, a professor at the Hebrew University of Jerusalem and an expert on German Jewish athletics.

“Sports was considered to be not a Jewish field,” according to Hitler’s National Socialist Party, more commonly referred to as the Nazis. “So to show that sports does characterize Jews underlines the absurdity of the Nazis’ racist theory,” he said.

One of those murdered was Attila Petschauer. A Jewish fencer from Budapest, Petschauer won a gold and a silver medal at the 1928 Olympics and another gold in 1932. According to Rozett, Petschauer slapped a military officer who’d uttered an anti-Semitic epithet. For that, Petschauer was dispatched east in a forced-labor unit. In the Davidovka concentration camp in Ukraine in January 1943, he was tortured at the instigation of another prisoner: a non-Jewish Hungarian who also competed in the 1928 Olympics, an equestrian named Kalman Cseh von Szent-Katolna. Petschauer was ordered to undress and climb a tree, then was doused with water in the freezing air, which killed him. 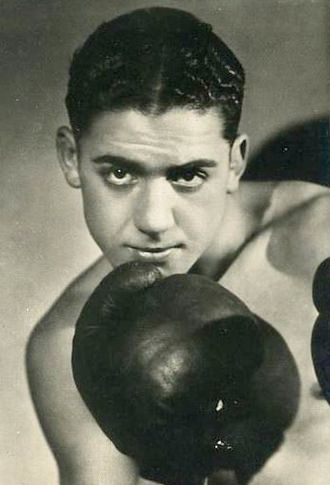 Victor Perez, a French flyweight boxing champion, was shot to death in January 1945.

There are other versions of how he died, but this is “apparently what happened,” said Rozett, author of the book “Conscripted Slaves: Hungarian Jewish Forced Laborers on the Eastern Front During the Second World War.”

Much of the Netherlands’ female gymnastics team that won the gold in 1928 was exterminated at the Nazi’s Sobibor death camp in German-occupied Poland: four athletes and their male coach, all Jewish.

János Garay, one of Petschauer’s Jewish fencing teammates to win a gold medal in 1928, also perished in the Holocaust—most likely gassed to death in Austria’s Mauthausen concentration camp in 1944. Garay had previously won a silver and a bronze in the 1924 Olympics. Also killed at Mauthausen was fencer Oszkar Gerde, a Jew, who’d won a gold medal in team sabre for Hungary in 1908 and 1912.

The runner-up in the 1912 event was Austria, whose squad included Otto Herschmann. Herschmann competed in the 1906 Olympics (a short-lived “interim Olympics” hosted by Greece), and in 1896 earned his first silver—in swimming. Herschmann, who was Jewish, was killed in 1942 at the Nazis’ Sobibor death camp, or at the Izbica transit camp, from which prisoners were sent to Sobibor.

Then there was Victor Perez, a flyweight boxing champion although not an Olympian. A Jew from Tunisia who lived in France, Perez was deported to Auschwitz. He was compelled to participate in boxing matches for the Nazis’ entertainment. Perez was shot to death during a death march in 1945 as he tried to share bread with other prisoners.

“It tells you how somebody was a national hero one day, and the next day he and all Jews were enemies of the people—that this life, which had been celebrated, is now nothing,” Rozett said. He was speaking of Petschauer, but, of course, could have referred with those words to the others, too.

The athletes aren’t all forgotten, though.

A newly published book, “Musiskiai” (translation: “Our People”) tells of Lithuanians’ role in perpetrating the Holocaust. The book’s cover shows two Lithuanians. One is Balys Norvaisa, the commander of a killing squad. The other is Isakas Anolikas, a Jewish road cyclist, who competed in the 1924 and 1928 Olympics. He was fatally shot in the Kovno ghetto.

The book’s authors are Efraim Zuroff, the Jewish director of Jerusalem’s Simon Wiesenthal Center, and Ruta Vanagaite, a non-Jew who hails from Siauliai, Lithuania, Anolikas’s hometown.

“I wanted to emphasize that both the perpetrators and the Jews were our people,” Vanagaite explained of the cover photographs. “One was good enough to represent Lithuania two times in the Olympic Games but was not good enough to live. The other was the commander of a squad that killed tens of thousands of people. They look like brothers, but one’s the killer and one’s the victim.” 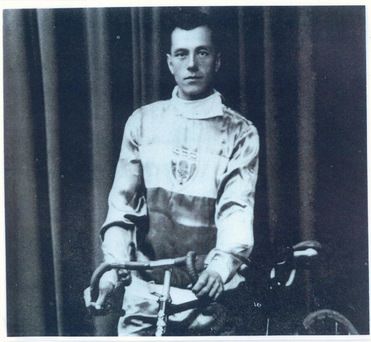 Isakas Anolikas, a Jewish cyclist, competed in the 1924 and 1928 Olympics and was fatally shot in the Kovno ghetto.

Lithuanians give her grief for stirring up such unpleasantries. In Vilnius, in February, security guards were dispatched to protect Vanagaite during her appearances at a book fair after threats appeared online. Vanagaite said public expressions have overwhelmingly been “very negative,” with many accusing her of being paid off by Russian President Vladimir Putin or Jews to defame Lithuania.

Meanwhile, in Ramat Gan, Israel, a display case in an upstairs corner of a small museum at the Maccabi sports movement’s headquarters tells of Judith Deutsch.

If ever an athlete demonstrated heroism, Deutsch did—and not only for holding 12 Austrian swimming records and earning the country’s athlete of the year award in 1935. On June 26, 1936, the 17-year-old Vienna native penned a letter to the Austrian Swimming Association.

“My conscience as a Jew forbids me from participating in the Olympic Games in Berlin,” Deutsch wrote. “I declare that I reached this decision freely, by myself, and that it is unchangeable. You can assume how difficult this decision was for me, to relinquish the pinnacle of the sport as a member of Austria’s national team. I anticipate your understanding of my position, and request that you not act against my conscience.”

The association soon stripped Deutsch of her records and kicked her off the team and off Austria’s Olympics roster. In 1938, she, her sister and their parents moved to what is present-day Israel.

Austria is trying to right the wrongs done to Deutsch.

This January, the same month the Zuroff-Vanagaite book came out, the city of Vienna dedicated a 300-yard-long bridge in memory of Deutsch, who died in 2004.

Nine years before Deutsch’s death, her national swimming records were reinstated. Austria’s parliament, Olympic committee and swimming association reversed her eviction and issued a letter of apology. A ceremony took place in Israel. Deutsch refused an invitation to attend in Austria.

“She said, ‘You threw me out. I’m here in the state of the Jewish people, so you will have to come here,’” recalled her son, Benni Haspel.