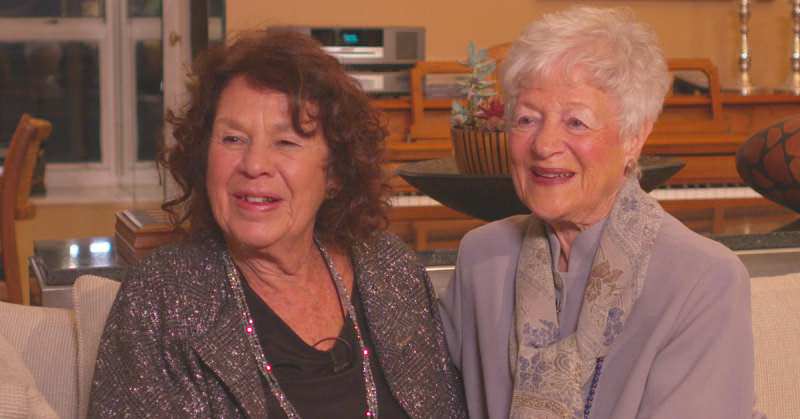 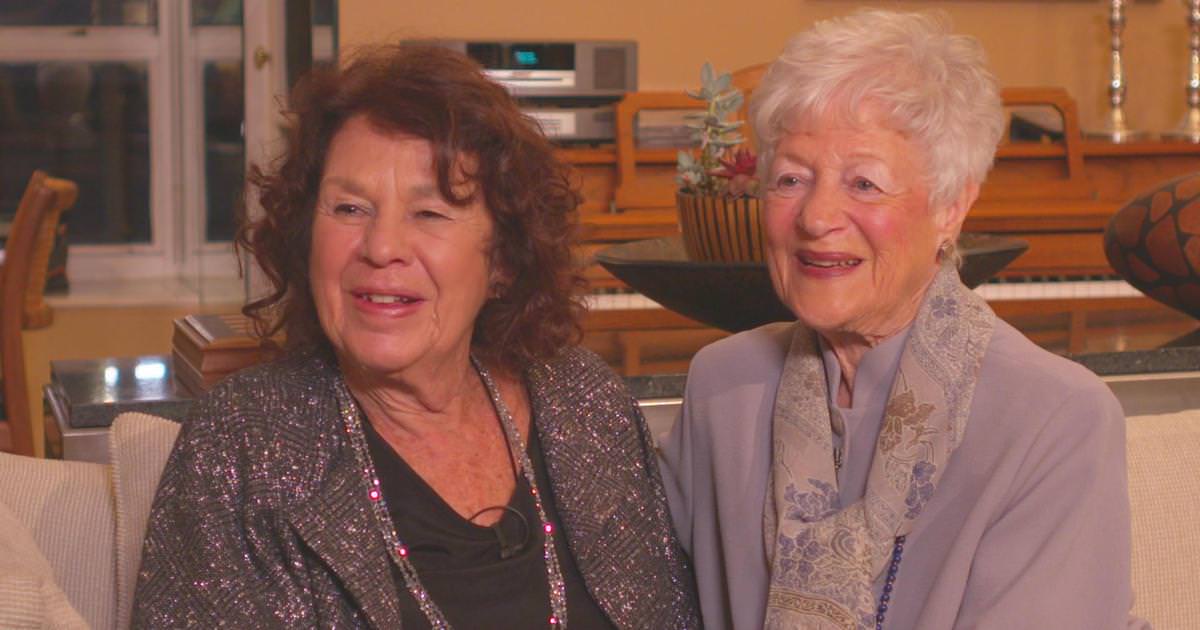 More than 80 years into life, Beatrice Muchman and Renate Wasserman learned they were second cousins, nearly 70 year after they had first crossed paths as neighbors.

Two women who escaped from Nazi Germany in World War II have discovered a new connection. Their separate family histories are told in stories and documents that come from a time when communities and countries were torn apart.

But more than 80 years into life, their remarkable reunion was an unexpected discovery for the two women, who first knew each other as neighbors in Chicago, reports CBS News correspondent Chip Reid.

“I’ve searched for years and then here she is,” said Beatrice Muchman said.

“And there we were all the time and didn’t know it,” Renate Wasserman added.

“There we were. Six degrees of separation,” Muchman said.

“What, two blocks away?” Muchman said.

Not even two blocks. In the 1940s, Renate Wasserman and Beatrice Muchman lived just a few houses apart in Chicago. They had lived on the same street, attended the same high school, and even went to the same university.

“I remember she was always smiling, she had curly hair and she was very short,” Wasserman said.

They knew each other only in passing, not realizing they were connected in a way that would bring them together nearly a lifetime later.

Wasserman and Muchman were born the same year in Berlin, Germany.

“I was born in ‘33, the year that Hitler came to power and my parents were managing my grandfather’s butcher shop,” Wasserman said. “And it was closed within a few months. They couldn’t work anymore.”

Targeted for being Jewish, their rights taken away, Wasserman’s terrified parents moved the family to Bulgaria and eventually to America.

“We came over on the Queen Mary and my father picked me up in New York and put me on his shoulders,” Wasserman said.

“You remember that?” Reid asked.

“And I remember flames and I remember running out with my father,” Muchman said, recalling Kristallnacht, also known as the “Night of Broken Glass.” “I knew my life as it existed was over.”

Muchman’s family fled to Belgium. They tried, but failed to find sanctuary in America.

“My father took me on a train with my cousin. I thought I was going to summer camp,” Muchman said.

Desperate to keep her safe, Muchman’s parents hid her in the countryside with a pair of Catholic sisters.

“And they just became the most loving people but we did not understand that we would never see our parents again. I had no idea,” Muchman said.

Just nine years old and feeling abandoned, she wrote her parents a letter. “Dear daddy and mommy, your little girl loves you with all her heart and wishes that we might someday be together again – Trixie,” she wrote.

“Did you ever see your parents again after that?”

“No,” Muchman said, shaking her head.

What she didn’t know then was that her parents had tried to escape the Nazis. Her father was shot and killed. Her mother was sent to Auschwitz, and was never heard from again.

After the war, Muchman made it to Chicago, as her mother had hoped, and was adopted by an aunt and uncle.

This summer, nearly 70 years later, through ancestry.com, Muchman discovered a branch of family she never knew existed, including a familiar face. “How exactly are you related?” Reid asked.

That makes them second cousins.

“What does it mean to you to find out after all these years?” Reid asked.

“You know the best thing was? Finding Renate. It’s sad that we spent a life so connected and we would have loved each other. I can tell that,” Muchman said.

Now, reunited and surrounded by their children, they hope their families will remain close for generations to come.

“Do you feel a bond that is a family thing?” Reid asked.

“Oh I do, very much so. The fact that Trixie is a live person whom I knew as a kid and turned out to be my cousin, I’m just so in awe and admiring of you and who you are today,” Wasserman said.

“This is a very good thing today,” Wasserman added.

Beatrice Muchman wrote a book about her experience called “Never to be Forgotten: A Young Girl’s Holocaust Memoir.” In it, she writes that her parents almost escaped to America, but her father’s name was misspelled in their exit documents, so their request to leave was denied. In essence, her parents’ last chance to escape the Holocaust was crushed because of a typographical error.
WATCH FULL VIDEO