Why the March of the Living matters 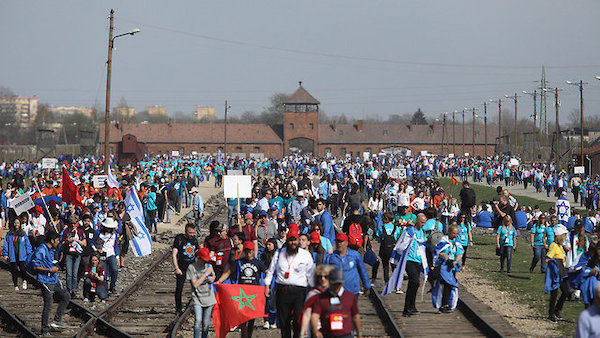 Op-ed: I’m often asked why we must continue holding the March of Living in Poland. But when faced with the findings of the CNN’s poll on anti-Semitism in Europe, the answer is clear: anti-Semitism stems from ignorance. We must educate the younger generation, so the Holocaust will never happen again.

One of the questions I am often asked is why must we continue holding the March of Living in Poland? Why bring thousands of participants from around the world every year, accompanied by Holocaust survivors who are not getting any younger, and world leaders, to walk along the railroad track between Auschwitz and Birkenau? There are many, too many, who believe that it is time to let go of past traumas and move on to other matters. CNN’s poll on anti-Semitism proves them wrong.

The appalling poll reveals that one in five Europeans justifies anti-Semitism toward Jews, 25% of the respondents hold longstanding anti-Semitic narratives (“too much influence in business and finance spheres”) and one in 20 Europeans has not even heard of the Jewish Holocaust. The poll may have surprised the Israeli public, but we—who have been dealing with instilling the memory of the Holocaust and its lessons—are not at all surprised. 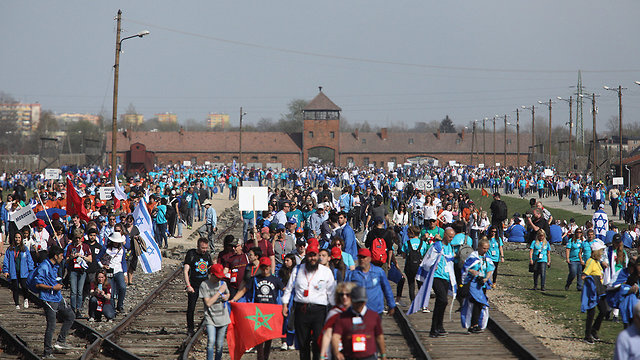 The March of the Living (Photo: EPA)

As the years go by, the challenge of passing along the memory becomes more complex. Teenagers and youngsters, whose attention span is quite low to begin with, find it difficult to relate to events that occurred nearly a century ago. They are unfamiliar with a world where such evil exists and it is hard for them to internalize what this means. Europe’s young generation today is unfamiliar with the Shoah and unaware of the Nazis’ systematic murder of six million Jews as well as millions of minorities and weakened populations, whose blood has soaked their lands for decades.But we must not bury our heads in the sand and settle for condemnation, we must take actual steps to eradicate the phenomenon altogether. One of the most interesting and encouraging results of the poll reveals that 80% of Poles believe it is important to learn about the Holocaust to prevent such an event from ever happening again. That is exactly our goal, but in reality, we are still far from it.

Anti-Semitism stems from ignorance. The reason we march by the thousand every year is to teach, remind and awaken others: this is where the most atrocious of crimes, the most horrible horror, took place. It did not happen on another planet, perpetrated by aliens. Human beings like you and I committed these crimes.

There is always the risk of sliding down the slippery slope of hatred. A second Holocaust will only be prevented by the establishment of a coalition of European leaders to fight anti-Semitism, invest in education, teach history and emphasize the lessons of the past. That is why we will continue to march as long as we can. We must not give up on the young generation, Jews and non-Jews alike.

Dr. Shmuel Rosenman is the chairman of March of the Living.