“When I arrived in Auschwitz, I was entirely on my own.” 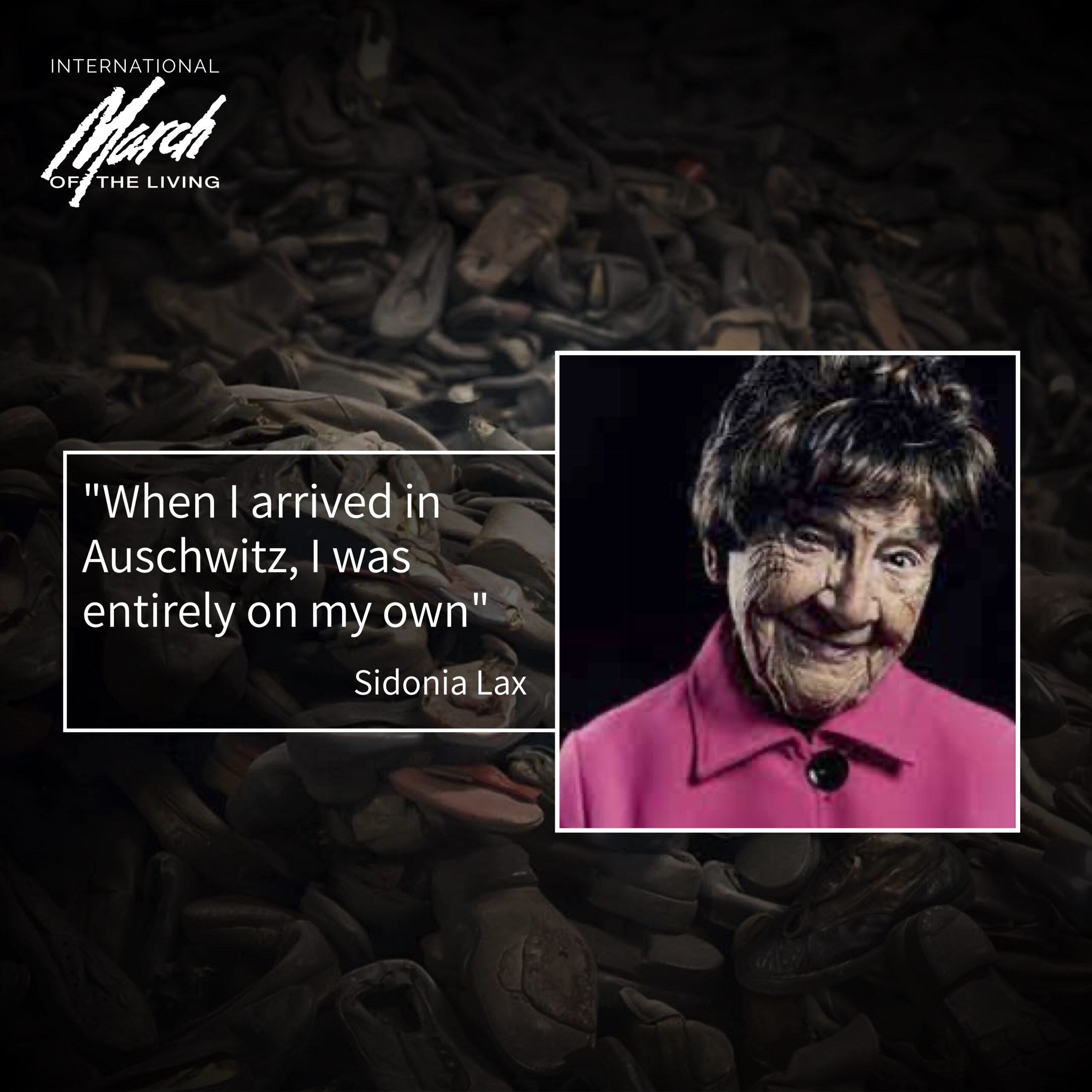 Holocaust survivor Sidonia Lax, A-14821, asks the world to join the campaign to preserve and save 8,000 children’s shoes that still remain in Auschwitz 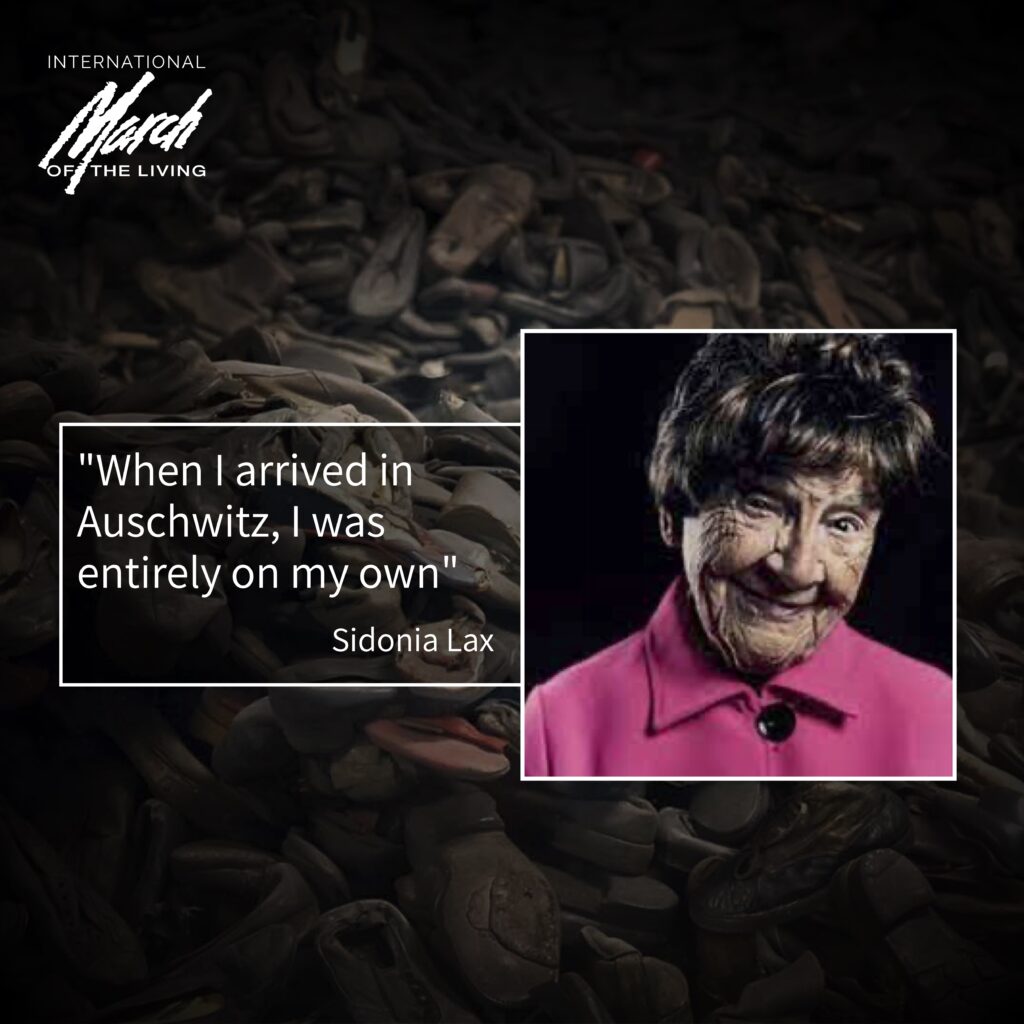 Sidonia Lax was born in Poland in 1927, the only child of Cyla and Isaac Lewin. When the Germans arrived in her town in 1941, Sidonia and her parents were forced into the ghetto and they went into hiding in a bunker under their apartment for 3 months. SS dogs found Sidonia alone, since both her parents had been shot trying to secure food: her father went to find an apple for her to eat and never came back. Her mother was shot in the ghetto.

In 1944, Sidonia arrived in Auschwitz at the age of 17. “Upon arrival my head was shaved and I was tattooed on my left forearm with the number- A-14821. I remained in Auschwitz and later was sent to work in a factory Germany”.

On April 20, 1945, a train arrived at the factory to be loaded with grenades, but the Germans loaded the prisoners onto the train instead. When the train stopped in Potsdam, a suburb of Berlin, the Allies bombed the train, thinking it was loaded with ammunition. Sidonia jumped out of the train, with her dress on fire and rolled on the ground to extinguish the flames. Two days later, Sidonia was liberated by the Russians.

Of the over 1.5 million children murdered in the Holocaust, more 200,000 of them were murdered in Auschwitz. Children who once laughed, played, and loved and were loved. 8,000 shoes, in which they came with, are almost now all that remain of their memory, but they are in danger of disappearing forever. They are in desperate and immediate need of repair and conservation.

CLICK HERE and join Sidonia in the global campaign to preserve and save Auschwitz children’s shoes. Together we will preserve the memory and to defend history.