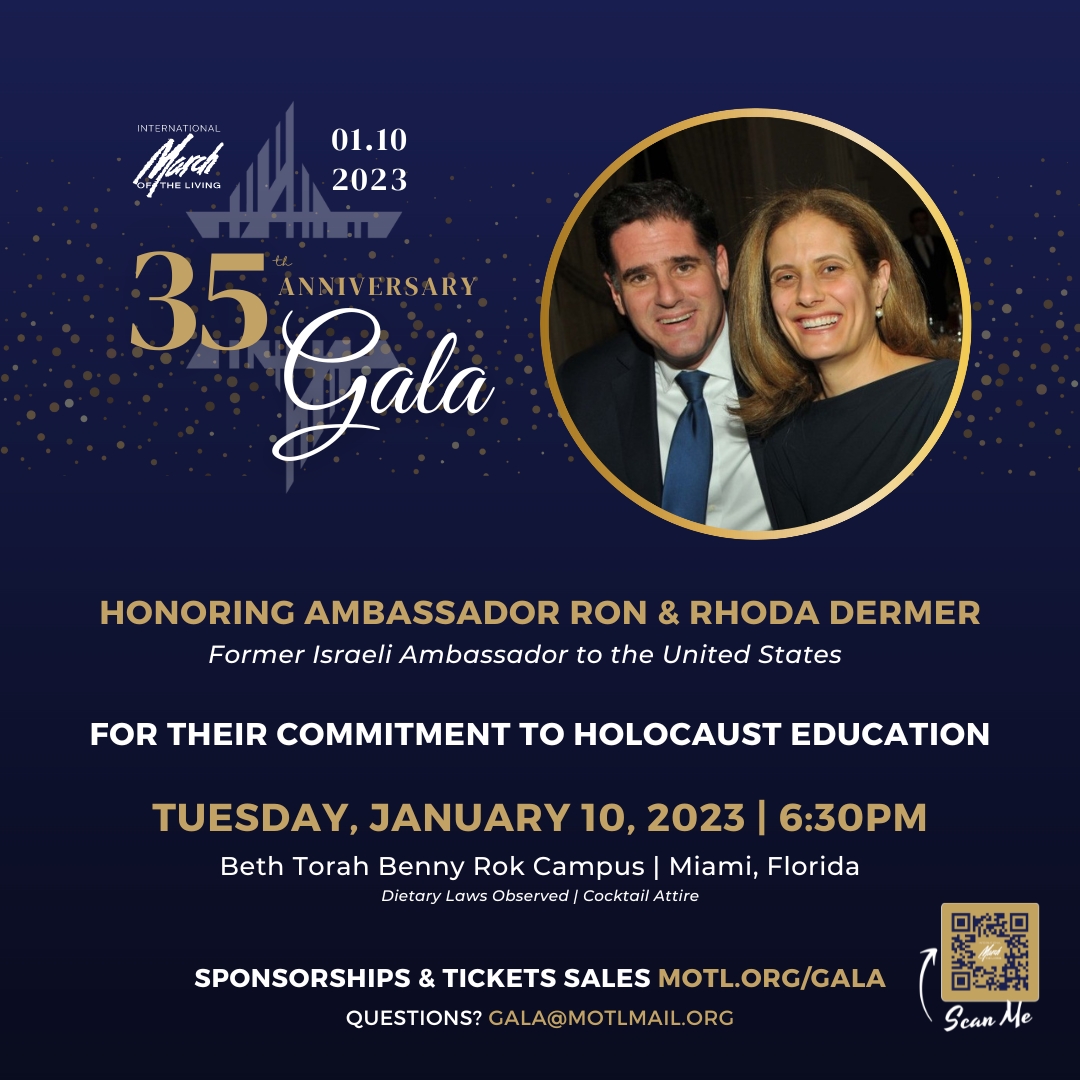 “The March of the Living is a March of Memory, a March of Defiance and a March of Hope. It is a march to remember our people’s dispossession, deprivation, and desperation, to remember the individuals behind the statistics and the faces behind the numbers – the mothers and fathers whose families were wiped out, the sisters and brothers separated from their loved ones forever, the boys and girls, toddlers and infants, who never had a chance to grow up. It is a march to remember the most important lesson of the Holocaust – that the Jewish people must never be powerless against their enemies or rely on others to defend them”.

Join us as we celebrate 35 years of Holocaust education at the International March of the Living 35th Anniversary Gala on Tuesday, January 10, 2023 in Aventura, Florida as we honor Ambassador Ron and Rhoda Dermer in tribute to their contributions to the future of the Jewish People and the State of Israel and their belief in and commitment to the importance of Holocaust education.

Visit motl.org/gala for to purchase tickets and learn about sponsorship opportunities.

Unable to attend? Make a donation at motl.org/gala