The Last Generation: Reflections on March of the Living by Dr. Tuvia Book, UK, 2017 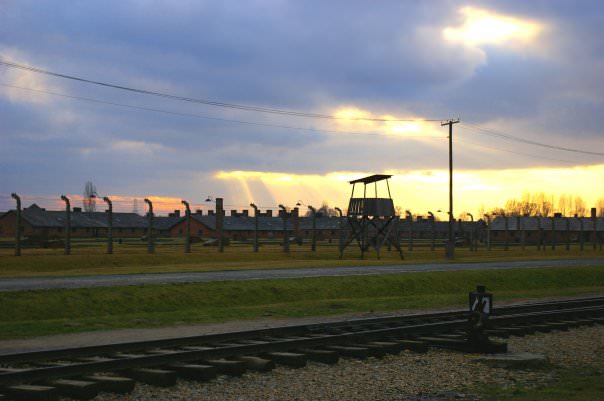 Times of Israel – The feeling of exiting an ElAl plane in Poland is difficult describe. I felt like I was leaving a protective cocoon of “Israeliness.” Despite the warm spring weather I felt a chill as I stepped outside. This is the land of the murder of millions of Jews, including my mother’s entire family except her parents and one aunt and brother. I felt the death in the air. Whenever I saw an old Pole I wondered if they were collaborators or bystanders to the murder. (Of course there is the small chance that maybe they helped Jews). I did not even change money to buy things. There is nothing I wanted to buy. The tourist sites not related to the Shoah had no interest to me. Because of the vast amount I have read about the Shoah, I felt the vacuum of Jews everywhere. I walked down the Jew-free streets of Warsaw and could not comprehend that before WWII every third person was Jewish.

“March of the Living” is a powerful and important experience. It is important for three reasons:

The odyssey through Poland with a survivor is a powerful experience. Eva, our survivor, was from Hungary and survived Auschwitz-Birkenau. This was her first time back. Everything she said added to our understanding. It does not matter how much one has read, or how many films one has seen on the topic, hearing a first person account at the actual site where the tragic events transpired transcends every other experience. We are the last generation that will have the honour and fortune to hear and learn from first person witnesses to this unfathomable Jewish tragedy.

When we visited the site of Birkenau Eva said that she did not recognise it with grass, as in her day all the grass was eaten by starving prisoners. Such a simple and chilling statement. She described how the top bunks were the most coveted as during the night the prisoners were too weak to get up and go to the one latrine bucket in the barracks and just did their needs where they lay and it would drip down to the lower bunks. She told us how at night if one woman wanted to turn over they all had to turn at once as they were packed like sardines on their hard wooden shelf. The sheer helplessness of our people in the face of such unmitigated evil was deeply disturbing to hear. 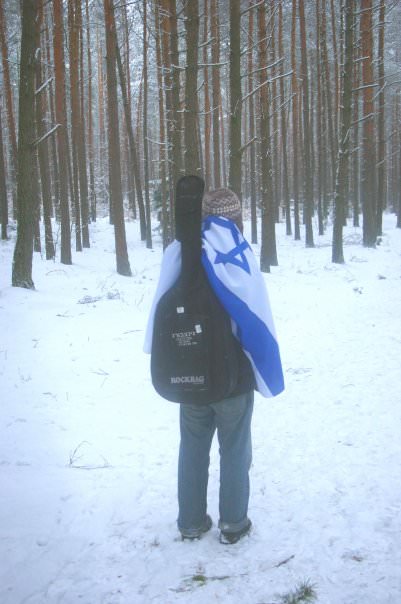 Amazingly, Eva always had a smile and positive attitude despite all she had been through as a child. She was an absolute inspiration to all of us with our “first world problems.” This was her first time returning to Poland since her liberation. She said it was even more important now to share her story as there are so few survivors left.

I was chatting with Eva and told her that my family also came from Hungary. She asked where from, I answered her that they came from a small town on the border with Slovakia called Sátoraljaújhely. You should have seen the look on her face! She told me she was from the next village and went to school there. She asked me for my family’s name and we found out that she was in school with my Gran’s sister! They both thought the other was murdered in the Shoah, and I managed to reconnect them after more than six decades. No words!

Finally when we flew out from Warsaw to Israel our last stop was the Umschlagplatz (former deportation platform, now memorial). I told my group that seventy years ago they would have been deported to their deaths at Treblinka from this place for the crime of being Jewish, together with the more than 300, 000 Jews sent from this spot. There was nowhere to run and nowhere to hide. Being Jewish in Poland was a death penalty. Now we are the fortunate generation that can go on an ELAL plane to our Jewish homeland where we Jews are living the hope (Hatikvah) of two thousand years, “to be a free people in our land, the land of Zion and Jerusalem.” We live an age of miracles and wonders thanks to the endurance of the Jewish spirit and the bravery of our youngsters in the IDF who continue to put their lives on the line to ensure the bright future of the Jewish people.

I was not the only one who kissed the soil of Israel with gratitude as my group broke out in spontaneous song and dance upon arriving home in Israel.