The girl who survived the Holocaust: Woman shares harrowing momentos from Bergen-Belsen on special Antiques Roadshow 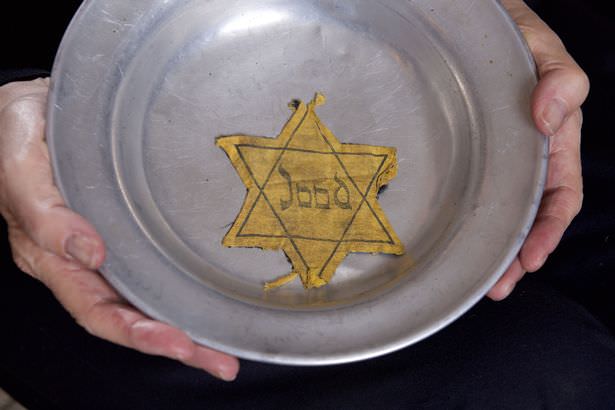 Unique artefacts that survived the Holocaust were showcased on a special edition of the Antiques Roadshow.

The items, including a pair of striped pyjamas from Auschwitz and food bowls from Bergen Belsen, each tell remarkable stories from Europe’s darkest days.

And one Holocaust survivor, Zahava Kohn, 81, today tells how she and her parents were less than a minute away from being sent to their deaths at Auschwitz before an incredible twist of fate saved their lives.

Zahava recalls: “We were standing amongst God knows how many people waiting to get on the cattle train to Auschwitz.

“We were about to board when we heard people saying, ‘This is them’, and this chap came up to my parents and said: ‘I wish I had a message like this for more people, but you’ve been taken off this transport.’

“Had he come a minute later we would’ve been inside the cattle cart and nobody would’ve known where we were. And I wouldn’t be sitting here today.”

Zahava, who was eight at the time, and her parents were saved by a Dutch officer who said they were to be sent to Westerbork holding camp.

Born in Palestine in 1935, Zahava was protected by British Mandate which made her more valuable as a prisoner.

The family were safe for now, but in January 1944 they were sent to Bergen Belsen concentration camp which claimed the lives of 50,000 Jews.

Zahava and her parents somehow survived but they never spoke about their ordeal.

“I never used to speak about the past, I didn’t want to burden my children, that they had to feel all the time sorry for what I had gone through.

“My mother also never spoke about it because she didn’t want to burden me”, Zahava says.

But in 2001 when Zahava’s mother Rosy died, the family made an incredible discovery.

Rosy had kept momentos from their time in the concentration camp, including the gruel bowls they ate from, telegrams, letters and the yellow star they were forced to wear at all times.

Zahava says the programme brought back difficult memories for her of life in Bergen Belsen, northern Germany.

She says: “I had grown but I had no other clothes. I had no shoes to wear and sometimes would just strap wooden slats to my feet. We would stand for hours and hours on end everyday in the freezing cold snow for roll call. The SS just wanted to keep us stood in the most horrendous weather conditions.

“For breakfast we would get this coloured water substance – they called it coffee but it wasn’t. I remember the horrible taste. And a crust of bread. That was it.” 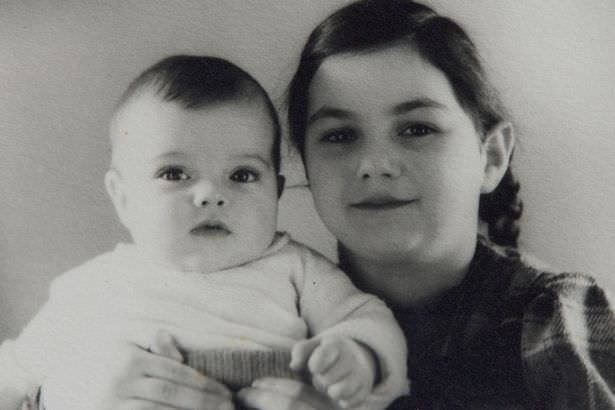 One of the most precious artefacts Zahava still has is a photograph of her brother, Jehudi, who her parents had to give to the Dutch resistance to look after.

Zahava says: “My mother never knew whether she would see him ever again or whether he was alive. She was heartbroken.

“But one day while we were at Westerbork camp she was sent a bag of beans. She thought, ‘Why is someone sending me beans? I cannot cook these.’

“But at the bottom of the bag, hidden, was a photograph of my little brother alive and well. It was the greatest gift.”

They were liberated from Belsen in January 1945 and eventually reunited with Jehudi.

Now Zahava and her daughter, Hephzibah, tour the country speaking about the Holocaust at schools.

Other items showcased on the BBC show include a pair of striped pyjama bottoms – possibly the most hated symbol of the camps – worn by a prisoner named Joe at Auschwitz.

His wife Sybil says: “These were the trousers Joe was wearing when he was liberated from Auschwitz. He was 17 and in there for four years. When he came out he weighed five stone.

“I think the experience in there became a part of him, I don’t think he could part with the trousers. I took them to a museum but two or three weeks after I became really upset.

“I felt I had betrayed my husband and had given part of him away. I couldn’t cope with that and had to have them back.”

Another lady, Dorit, told how her grandmother removed a gold filling and remodelled it as a gold pendant to give to her granddaughter on her birthday.

She says: “I have a little gold pendant from Auschwitz. I think this is the only gold that went in and came out again.

“When I was in the camp I hid it in the heel of a shoe, but then the heel wore out.

“I had nowhere to put it. So everyday I would hide it in a piece of bread. I wear it everyday now, it’s a link between the past with my family and the future with my children and grandchildren.”

Other artefacts featured are a child’s T-shirt with a yellow star sewn on, a teddy bear, childhood drawings from inside the camps, a piece of gold that was once a filling turned into a pendant and a necklace made from a toothbrush and metal wire.

Unlike the usual format, the artefacts won’t be valued because they are priceless.