“The Forgotten Camps| History of the Holocaust” – A FOX 5 / Fox5NY.com Film by March of the Living Alumna Dana Arschin 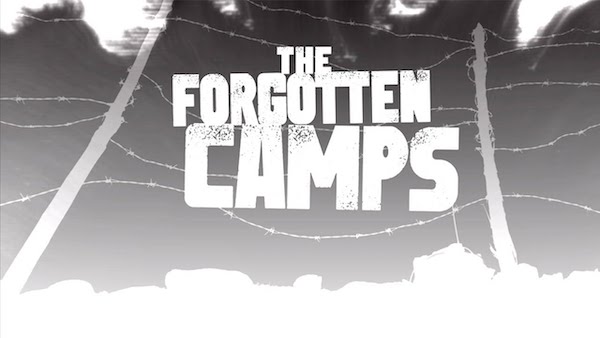 Film created by 2018 March of the Living alumna, Dana Arschin, for Fox 5 Films.

Poland: charming cobblestone streets, bustling communities, and endless greenery. A country so beautiful and vibrant was once cloaked in a blanket of darkness and despair. Poland was the first country to bear the brunt of the Nazi war machine.

Approximately 3 million Polish Jews were murdered. That was about 90 percent of the country’s pre-war Jewish population. Wiped out.

The Old Town of Warsaw today is a lively tourism hub with quaint alleys and medieval-style buildings—all reconstructed after the war. The streets are now filled with intrigued visitors from all over the world.

“Everybody has something here that will shape them and shatter them and deepen them and offer them something much more profound than they would have gotten if they’d not come,” Dr. Michael Berenbaum said.

Michael is a New York native and one of the world’s leading Holocaust scholars. He led me and 45 other millennials on an emotional journey through Poland. For eight days we visited Nazi extermination camps, ghettos, and mass graves.

“This is sort of the most phenomenal opportunity to teach. And you teach people on multiple levels. You teach them historical information, you teach them to understand the nature of the perpetrator, to have a sense of identification with the witness,” Michael said.

During the war, there were hundreds of Nazi camps in Poland. But Michael says there’s a reason Auschwitz is the most well-known. The most notorious.

“The reason we think of Auschwitz as the worst is because at Auschwitz people lived in the shadow of death, sometimes for two, three and four years,” Michael said.

More than a million men, women, and children were murdered in Auschwitz-Birkenau – a death toll higher than any other camp. But another reason we hear so much about it is because there are Auschwitz survivors, like my grandfather, Nusen Rosenberg. He was a young teenager and one of 9 siblings when his family was ripped apart. I refer to my grandpa as my ‘Poppy.’ He’s still alive today, in his 90s.

For more than two years my Poppy was forced to do hard labor and sleep on wooden planks inside the barracks of Birkenau Block 10. My Poppy’s parents and 5 of his siblings were not as fortunate. They didn’t live to see the war’s end.

“The United States Holocaust Memorial Museum has estimated that there are 43,500 different camps, which means everywhere in the landscape of Europe,” Michael said.

One camp in that landscape was Belzec, located in southeast Poland. It operated for less than 10 months in 1942. In that short time, about 500,000 Jews were murdered there. There were only two known Belzec survivors, which is why we hear so little about this camp. No witnesses to tell their stories. Michael was instrumental in creating and designing a memorial on the former site of Belzec. He worked with the Polish government, the United States Holocaust Memorial Museum and the American Jewish Committee.

“All around this camp we walk step by step by step and we see the deportation of every town, village, and hamlet,” Michael said. “Day by day, month by month during the 10 months in which this camp was in operation.”

Belzec is the third deadliest extermination camp, exceeded only by Auschwitz and Treblinka. My group visited Treblinka on a beautiful, sunny day. It’s located in a forest northeast of Warsaw. Approximately 900,000 Jews were killed in its gas chambers in just over a year. Now, there are stones here engraved with the names of cities and towns from which the victims originated. Monise Neumann, one of my trip’s organizers, still feels haunted every time she visits.

“This place makes for me, Treblinka in the sunlight, makes this place even more horrifically beautiful,” Monise said. “It’s beautiful and it’s such horror.”

While most members of my group were singing songs at Treblinka in memory of those who perished there, Andy Wizenberg went looking for an extra meaningful stone.

“The stone behind me represents those from Tomaszów Mazowiecki that were murdered here at Treblinka,” Andy said. “Among those are my mother’s father’s parents, Mendel and Shayna Weltman. And his two younger brothers, Eliezer and Wolf Weltman.”

Andy is the grandchild of four Holocaust survivors. So is his wife, Amanda Markowitz Wizenberg.

“To be able to come here all these years later and we’ve lost so much family—to be here together is a really proud moment I would say,” Amanda said.

Memorials like the ones at Treblinka and Belzec are all over Poland, on the sites of former Nazi camps.

“There were concentration camps and slave labor camps that were adjacent to virtually every city and every source of slave labor. and society wants to forget how close it was,” Michael said.

And perhaps no camp was as visible or as close in vicinity to a community as Majdanek. The city of Lublin looms over Majdanek, which is the best-preserved Nazi concentration camp. It was liberated and taken over by Soviet troops before the Germans could destroy the evidence. About 78,000 victims were killed here and 7,000 pounds of human ashes are still piled high. More than 500,000 pairs of victims’ shoes are preserved. Barracks are lined with bunks. The crematorium is intact. Oven doors wide open.

For Andy, this exhibit of cruelty is personal and overwhelming.

“We’re here in Majdanek outside Lublin where my grandfather Abraham Weltman, my mother’s father worked for several months in late 1940, helping to build the camp under forced labor conditions,” Andy said. “So it’s very powerful for me to be here where he once was. To stand in his footsteps where he survived and fought through.”

On my last day in Poland, I went to my Poppy’s hometown of Pultusk. It’s a small town about an hour north of Warsaw. I visited the street where my ancestors lived. I also went to the city’s town hall, where I found the original birth certificates for my Poppy and four of his siblings—Gitel, Rifka, Chava and Aron.

I was able to touch the documents and even smell the ink from my great grandfather Jankel Rosenberg’s signature. He was murdered early in the war.

That day in Pultusk was the culmination of everything I learned during my time in Poland and why I decided to make this journey. As Poland moves forward as a nation, there’s been a revival of Jewish life throughout the country. Every year more and more young people have been discovering their Jewish roots.

Those leading this effort feel there’s still progress to be made, but one thing is evident from my trip, history has been preserved here.