Thankful days: Why I made aliyah by Joseph Bendah 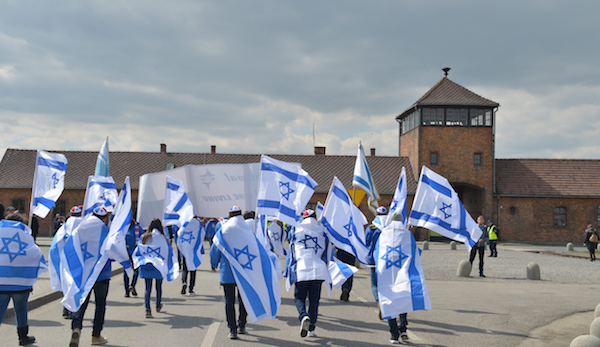 As a teenager, I was very active in the Jewish youth movement, which in turn gave me a great sense of pride in my heritage. As a participant of my movement, I received the opportunity to embark on a delegation called the March of the Living. The journey consisted of a trip to Poland on Holocaust Remembrance Day, where I marched three kilometers from Auschwitz to Birkenau, followed by a stay in Israel during the country’s memorial day and independence day.

I realized the true meaning of Zionism, not only what I was told by my teachers in “Sunday School”. I came to the conclusion that it’s my moral responsibility, even as a Jew living in the diaspora, to defend the State of Israel. I dreamed of returning to Israel in order to enlist in the IDF; a dream that would come true later in life after I finished my undergraduate degree, six years later.

By coincidence, all of my visits to the US during the past five years have taken place during the same month as Israel’s Holocaust Remembrance Day, Memorial Day and Independence Day. On these trips, I caught up with friends in cities from coast to coast.

My friends are living in houses that are nicer than my small apartment in Tel Aviv. Their cars are fancier than my public transportation. And I have no doubt that each of their salaries are larger than mine, even though we studied together at the same university and lived together in the same fraternity house.

I would be lying if I didn’t admit that life in the US is easier. I’m not sure if it’s due to the huge department stores, top-level customer service or the variety of products in Target and Walmart.

Very quickly I begin considering the option of returning to a life that seems much more comfortable and simple in the States. If the comfort isn’t enough to fuel my pondering, I begin to wonder about how life would be if I was closer to my mother, my brother, and the rest of my family? If I were nearby, there would be no reason to long for them on birthdays and holidays.

It’s very easy in this situation to lose sight of the very reason I immigrated to Israel, but there’s no better reminder than the week of Israeli Holocaust Remembrance Day, Memorial Day, and Independence Day – the emotionally charged week that made me fall in love with the State of Israel, its people and the idea of Zionism.

During Holocaust Remembrance Day, the nation recalls what the dramatic experience of having nowhere to escape in the face of a genocide. Thousands of young people in Israel gather together to hear stories of Holocaust survivors that are in their final years to ensure their stories will never be forgotten.

As an American, I only knew American Memorial Day, which unfortunately has turned into a day that people treat as vacation; families enjoy barbeques and malls open early with special sales.

I was shocked when I experienced my first memorial day in Israel. Everyone served in the army, everyone was familiar with war. Due to this, the population respects the day to hear the stories of thousands of fallen heroes, that died in order to ensure that they can walk around freely.

The most peculiar event for me as an American who came to Israel is the sharp transition from the sadness of Memorial Day to the joy of Independence Day. The people celebrate the establishment of the state with the words of the national anthem, Hatikva. The anthem reminds us that the heroes remembered on Memorial Day didn’t fall in vain, because they made the dream of Zionism a reality.

This very special week made me fall in love with the State of Israel, and this week keeps me in Israel. The Israeli people are as unique as this week, and I’m proud that I chose to be a part of this nation. Happy 70th birthday, Israel!