Survivors project to save Holocaust stories 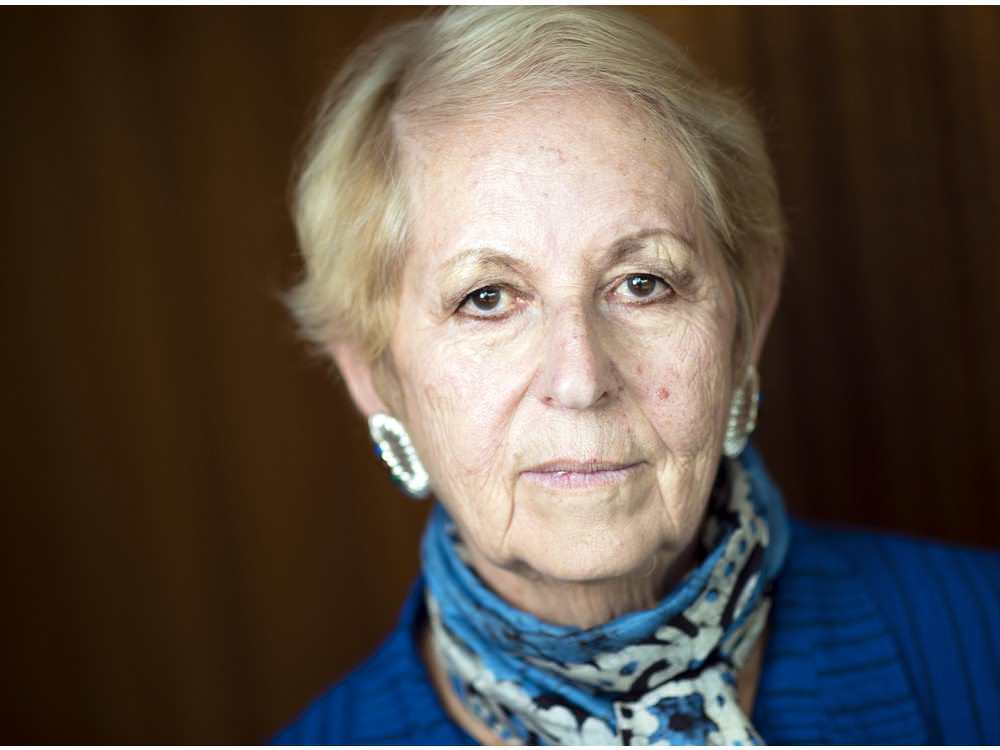 As years pass, first-hand accounts of Holocaust survivors are disappearing. An initiative at Carleton University hopes to preserve the oral histories of Ottawa-area survivors and is looking to crowd-fund the $7,500 it needs to get the cameras rolling. Bruce Deachman reports.

Judy Young-Drache was only a year old in the summer of 1944 when her mother, Irma Balázs, bundled up her baby girl and gave her away to either a friend or family member, hoping to safeguard the toddler’s survival.

Two days later, Balázs, along with her husband, George, was taken from their home outside Budapest and shipped to Auschwitz, where they were killed. At the time, Irma was pregnant with their second child.

“They never came back,” says Young-Drache, “But by then, everybody knew what was going on.”

Raised and eventually adopted by a cousin, Young-Drache, even now in her early 70s, feels there are parts of her life that are missing. Her father wrote her a letter before he was taken away, but that piece of paper is now long lost, much of what it said forgotten. In decades past, relatives who might have shed light on her early life were reluctant to talk about such a terrible time. Today, most of them are gone, and with them their memories.

“Maybe it’s good that I wasn’t burdened all my life with the story, but on the other hand, I’m constantly searching. The story’s not finished for me. To me it’s been a question of trying to find out who my parents were and who my family was.”

Young-Drache’s story is, of course, also part of a much larger narrative, about mankind at its very worst and best. To understand that story, these intimate first-hand accounts are every bit as important as the textbook timelines and newspaper headlines. For many years after the war, though, many people were reluctant to share their stories, while many others didn’t want to hear them. Now, seven decades after the war’s end, they’re increasingly rare.

Tova Clark was another youngster whose life was turned upside down by the Holocaust. Born in 1939 in Oppeln, Germany (now Opole, in Poland), her parents managed a year later to secure permits to move to Shanghai, then under Japanese control. They flew first from Berlin to Moscow, then took the Trans-Siberian Railway to Harbin, China, and another train to Shanghai, where they lived in a single room in a ghetto.

“My mother didn’t stop talking about the trip, it was so emotional,” says Clark. “They had a good life in Germany, and then this. Shanghai, China … it was like going to the moon.”

Her father, a businessman who in Germany dealt in fabric for men’s suits, earned a living in this foreign land by buying kimonos and obis from the Japanese and having them turned into evening gowns, which he sold in the American quarter of Shanghai.

“It was very difficult, but he managed,” she recalls.

Among her earliest memories, however, was that of the American bombs falling around them after the U.S. declared war on Japan in 1941.

“The whole experience was very traumatic, but in the end we were safe.”

In 1942, it bears noting, Germany and Hungary began the “liquidation” of the Oppeln ghetto.

“It’s interesting,” Clark notes. “Japan and Germany were allies, of course, and Germany even encouraged Japan to do what they were doing, to build ovens and destroy the Jews. But Japan said no, our religion won’t allow us to. So even though they weren’t that easy to live with, it’s because of them that we survived, because it was the Japanese who sent us the permits in the first place.”

Clark admits she’s reluctant to be looked upon as a Holocaust victim, yet she and Young-Drache are among a handful of Ottawa-area Holocaust survivors who visit schools and universities to share their experiences.

But what happens when they’re no longer able to tell their stories?

That was a question asked by Mina Cohn, director of the Centre for Holocaust Education and Scholarship, within Carleton University’s Centre for Jewish Studies. Five or six years ago, she considered the possibility that “second-generation” survivors — the children of survivors — could share their parents’ experiences.

“These experiences are an integral part to teaching the Holocaust,” she says. “They bring details that you can never read in a history book. But so often the details and immediate emotion are absent when a second-generation survivor tells them. So we decided to record the survivors, so students and scholars could hear their voices and see their faces.”

So was born the Ottawa Holocaust Survivors Testimony Project, which aims to record and preserve these stories on video, and make them accessible to teachers, students and researchers.

They’ve so far identified about 30 living survivors in the Ottawa area, and plan on recording 10 of them in their first round. They figure they need about $7,500 to cover the production and editing costs, as well as a public launch. The university has agreed to let them pitch for funds through its Future Funder crowd-sourcing website (futurefunder.carleton.ca/project/ottawa-holocaust-survivors-testimony/). If they raise sufficient funds, they also plan on editing the 30-minute interviews into thematic groups — camp survivors, for example, or child survivors.

“These oral history testimonies fill in the gaps of the traditional historical narrative,” says Carleton masters student and project organizer Elise Bigley. “They give that feeling and emotion that will be lost when survivors stop going to schools. These testimonials are vital for that.”

Each testimonial is also unique, she adds, making it imperative to gather as many as possible. “It challenges this grand historical narrative of just one story. Tova’s story, for example, will challenge the idea that Japan was this Axis power that could have never helped the Jewish people. So it’s so important that each testimony gets documented.”

“It’s of personal importance to me,” adds Young-Drache, “because it forces you to examine your life, and what happened and why. It’s so important for my children and grandchildren, for everybody, to know what happened.

“Many people say you can’t learn from such terrible things as the Holocaust, but on the other hand, it’s obvious that a lot of things happened not just because there were mad men and others who hated a certain group of people just because of who they were, but also because there were lots of people — and there still are in many parts of the world — where ordinary people accept what is going on without questioning and don’t like to intervene or get involved.

“It’s important to know with accuracy the truth, to know what actually happened.”

Visit futurefunder.carleton.ca/project/ottawa-holocaust-survivors-testimony/ for more information or to donate.