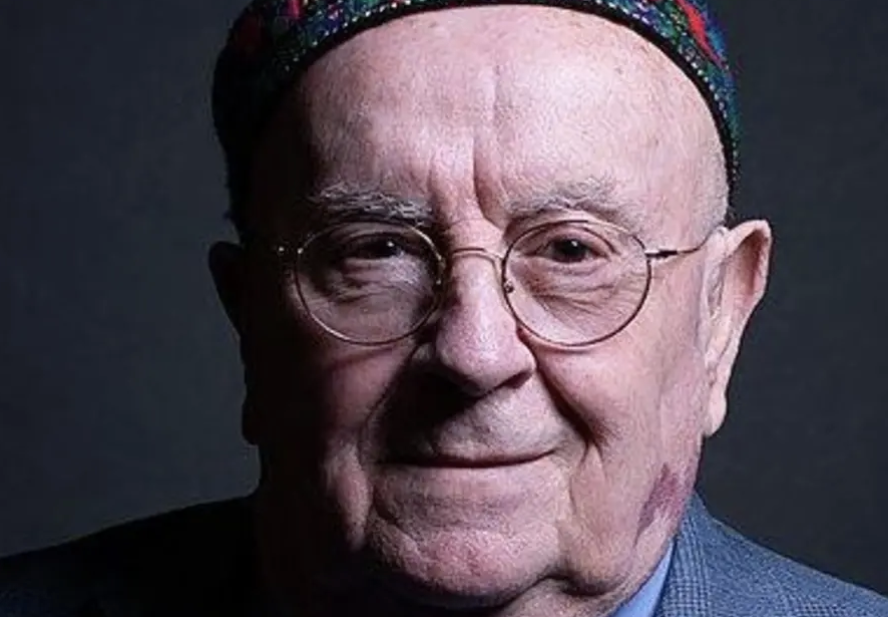 President Trump surprised the audience when he asked an elderly man, Judah Samet, to stand up during his State of the Union address. 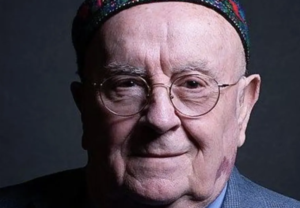 It was the night of the State of the Union address in the capital, February 5, 2019, and In Washington D.C. the debate was more heated than ever. The Democrats and Republicans were both partisan and combative. The United States were as divided as could be. However, there was one moment of bi-partisanship, a moment of consensus and admiration of mankind. It took place toward the end of the speech, when President Trump addressed the issue of rising anti-Semitism in America. He spoke in horror of the brutal attack at the Tree of Life Synagogue in Pittsburgh on October 27, 2018. He surprised the audience when he asked an elderly man, Judah Samet, to stand up. He presented him to the crowd as a survivor of the Pittsburgh attack but also as someone who was well acquainted with anti-Semitism, for he had survived the Holocaust as well. Samet rose, waving his hand in a show of strength.

The theme of this year’s March of the Living is “#SayNoToAntisemitism.” For that reason, I wanted to interview Samet, considering him a person appropriate to convey a message about modern anti-Semitism, as he has experienced it time and again. I wanted to hear his story, as well as deliver his message to the participants of the march. And what a life story this brave man has to tell!

Peppering his account with Talmudic and biblical references, Samet described his life. He was born in 1938 in Hungary in the town of Serbatin at home, as his mother couldn’t get to the hospital in time. He uses that story to epitomize the courage and strength his mother exhibited before and after World War II.

Samet takes pride in his yichus, his family tree. He comes from a line of Torah scholars. His grandfather studied in yeshiva with the Belzer Rebbe. When the Nazis began the deportation of Hungarian Jewry, Samet’s family was rounded up with the others. His mother spoke a high level of German, so she was chosen by the Nazis to be the translator into Hungarian. Samet remembers how his mother risked her life by expressing her anger at a German officer for not providing enough water to the Jews being put on the trains.

His family survived the first selection. They were packed into a railway car and transported to labor camps near Austria, where they worked at hard labor with very little food. His entire family was there — he, his brother, his parents and grandparents. His mother would smuggle food daily from the nearby villages. He describes his mother as “the heart and soul of the family.” She was the strong one. She was the one who provided. It is due to her that he survived.

After a few months in the labor camp, they were again herded onto a train and moved to Bergen Belsen. On departing the train, Samet saw countless mounds of corpses in every part of the camp. He vividly remembers the struggles to live, the illness, the suicides and the endless agony and pain in the concentration camp. Against all odds, most of his immediate family survived the war, but just a few days after the liberation of Bergen Belsen, his father succumbed to typhus. The family eventually ended up in Israel, on Moshav Tirat Yehuda. However, the tragedy doesn’t end there.

The struggle for the liberation and freedom of the Jewish people continued from Bergen Belsen to the State of Israel. His brother Ya’akov was killed while serving in the IDF in the 1956 war in the Sinai. He is buried in the military cemetery on Mount Herzl in Jerusalem.

Samet himself served as a paratrooper in the Israeli army. Afterwards, he moved to America for educational reasons and became a teacher and jeweler. He married and had a daughter, eventually settling in Pittsburgh, Pennsylvania. His daughter is now married. His wife passed away a few years ago. He is a proud Jew and a real humanist, a “lover of human beings” as he refers to himself. He is willing to have a conversation with anyone, no matter who are they are. He recounts that his wife would say that he could become someone’s best friend while standing at a red light.

Samet has belonged to the Tree of Life Synagogue for some 50 years, where he has often led the congregation in prayer, including the High Holidays. He regularly attends services. On the morning of the attack, his longtime housekeeper arrived late and began chatting with him. He listened politely and then excused himself to go to services. That conversation saved his life.

Arriving late at the synagogue, he was approached by a man who was red-faced and nervous. Gesturing to Samet that he should roll down his car window, the man told him there was shooting inside the building. Samet couldn’t believe it. His personal history and perhaps his experience as a soldier kept him from running away. Instead, he tried to determine the source of the shooting. He got out of his car and peered into the corridor of the synagogue that led to the main sanctuary. When the police arrived, the white supremacist terrorist came out and began firing at them.

From where Samet was standing, he looked the assailant directly in the eyes. How many times, I wondered, had this man looked into the eyes of someone who wanted to murder him? Samet, in complete shock, heard gunfire all around. Later he would learn that many of his friends had been murdered in that heinous attack. It was inconceivable to him that something like this could happen in modern America.

Turning to current anti-Semitism and this year’s March of the Living, I asked Samet what message he would like to convey to the participants of the march. What would he want the young generation of Jews around the world who have suffered anti-Semitism, as well as those who have not experienced it firsthand, to know about anti-Semitism? How should it be approached? In general, Samet is concerned about what he terms “the ignorance” of the young generation of Jews around the globe. Firstly, he says, education is important. Young people must learn the history of anti-Semitism in order to understand its ramifications, its significance, the horror of it throughout history, and to what lows it brings mankind. They should learn more about the Holocaust and realize how hatred of Jews makes men dangerous.

Samet should serve as an inspiration to those marching from Birkenau to Auschwitz this year and saying “No” to anti-Semitism. It is important to hear Samet’s story and to learn from him about survival and about being a proud Jew. His life experience is a summation of the two goals of this year’s March of the Living: to remember what was and to fight against what is still happening.