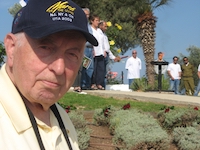 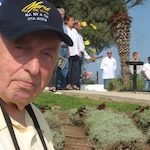 We mourn the loss of holocaust survivor and March of the Living educator, Ray Fishler, z”l, who travelled with our New York/New Jersey Region for many years. Ray was born in Kazimierza Wielka, Poland, a small town near Krakow, in 1925. His family included 3 brothers and 2 sisters, as well as his mother and father. He was the second oldest child. When World War ll started he was 14 years old. Ray spent 2 years in Krakow-Plaszow, the concentration camp featured in “Schindler’s List”. For most of that time, he and his father, the only family members to survive, were working as tailors for the German prison guards. He spent the last 5 months of the war in 4 different concentration camps, including Auschwitz. Much of that time was spent on Death Marches as the Russians were advancing westward. He was finally liberated on May 9, 1945. 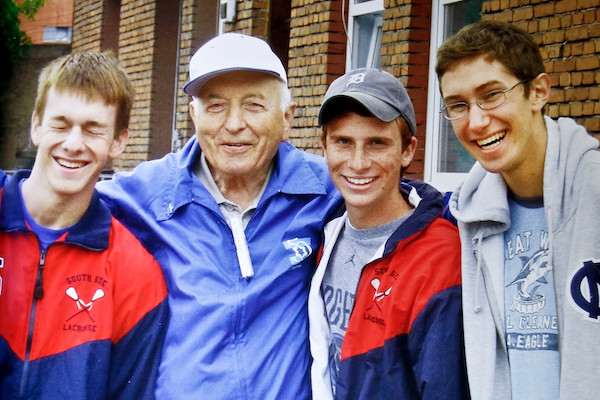 Following liberation, he lived in Germany in various Displaced Persons Camps while waiting for his official papers to immigrate to the United States, which finally occurred in 1949.

While living in Germany, he was a delegate to the first post-war Zionist convention, which was in Munich. This event helped to shape his future.

After immigrating to the US in 1949 he worked in the garment industry, eventually owning his own business. In 1958 he married his wife, Rhoda, and subsequently lived in Queens until they moved to Rockville Centre, NY where they raised their two children, David and Laura. They lived in Rockville Centre for over 36 years where Ray was actively involved in their temple, B’nai Sholom. He also became very involved with Holocaust education, speaking in public- and private-schools, Jewish and non-Jewish, as well as other venues. .

They have four grandchildren, Brian and Melissa who are David’s children, and Ariel and Daniel who are Laura’s children.

In 2005, Ray and Rhoda moved to Wayne, NJ to be nearer to their 2 younger grandsons, Ariel and Daniel, who live in Fair Lawn. Since moving to Wayne, Ray has become very involved with his new temple, Shomrei Torah where he is a regular minyan attendee, a Ritual committee member, a member of the SLI committee, chair of the High Holidays Preparation Committee and had a major role in obtaining a new Torah Holocaust mantle. He continues to be involved in Holocaust education, and has written a book about his wartime experiences, entitled, Once We Were Eight.

Ray participated on the March of the Living 10 times with the NY/NJ Delegation.

Ray passed away peacefully in his home on Monday, November 19, 2018, after a courageous battle with pancreatic cancer. May his memory be a blessing and may his family be comforted among the other mourners of Zion and Jerusalem.