Remembering My Father Elie Wiesel On The Eve of Rosh Hashanah 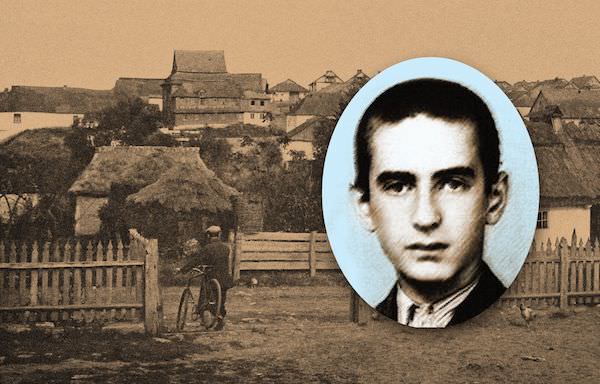 Forward – This time of year was a difficult time for my father.

Did each September, or more precisely – each month of Elul in the Hebrew calendar – did each one get progressively more difficult for him as he got older? Or did I just get more attuned to his feelings as I got older? Perhaps it was both.

As Rosh Hashana got closer each year, I could see his attention wander. I could see him spending more time in Sighet Shel Maalah, the Sighet Above, the Sighet that was. I could see him reviewing the entirety of his life before God and questioning if he had done enough, truly uneasy at the thought of how he should be judged. And as I sat by my father’s side in synagogue – was my grandfather somehow on his other side, somehow just behind the wall my father leaned against?

But once upon a time this was also an exciting time of year for my father. I have memories from childhood of him rushing out the apartment door to catch a plane to Boston, eager for his encounters with his beloved students at Boston University. In the years since my father stopped teaching at Boston, he was blessed with other fruitful academic relationships – but no other institution had such a powerful pull on this season, no other force introduced such a rhythm of excitement into these months where the days begin growing shorter.

You have some sense, I think we all do – of that tension between past and present that accompanies this transition of seasons. The summer comes to an end. The city and campus hum with activity — there is urgent work to be done in both. And the rabbis from their pulpits in synagogue remind us that there is urgent work to do within ourselves, that time is running out as Rosh Hashanah and Yom Kippur approach, that we must race to repair our relationships with God and our fellow man.

It is a highly charged time too in the annual Torah cycle, the weekly parsha readings that tell the story of the Jewish people.

This past week in synagogue, we read the portions of Nitzavim and Vayelech. The Jewish people are on the verge of crossing the Jordan River into Israel after decades in the desert. Moses is running out of time and he knows it. He is preparing to compose a final poem, to sing a final song. He appoints Joshua as his successor, and tells the people of Israel to have confidence – that they can move forward with a new generation of leaders, and live meaningful lives – if they remain true and keep God’s message close to their hearts. What was that message?

And I remember an autumn afternoon two years ago, sitting outside with my father. We were sitting quietly, not talking, just being in each other’s presence. And he started crying because he knew he would be going soon and he wanted so much to walk further with us. He couldn’t bring himself to say those words so he whispered them.

What was my father’s message?

Listen to the prophet Isaiah in yesterday’s Haftorah, the reading from the prophets:

למען ציון לא אחשה, ולמען ירושלים לא אשקוט, עד-ייצא כנוגה צדקה, וישועתה כלפיד יבער
“For the sake of Zion, I will not be silent, and for the sake of Jerusalem I will not rest, until her righteousness comes out like brilliance, and her salvation burns like a torch.”

Not to be silent… not to rest. When I see friends standing up for DACA Dreamers, or refusing to accept false moral equivalence in Charlottesville, or demanding the world’s recognition of the Jewish State of Israel’s right to exist, I hear the message. And I feel him with us.

But there was something about my father that went even deeper than his humanitarian efforts and social activism, something that was a source for those outward manifestations.

Listen now to the words of Parshat Nitzavim, the Torah portion proper:

My father’s message was not so divinely intricate that it required rabbinic interpretation, his methods were not so convoluted that international academic conferences were required. His message is a manifestation of Kant’s categorical imperative: That every action you take should be an action you would want repeated the world over.

It was not just what he said. This is how my father lived his life. He treated others as he would have wanted to be treated. With gentleness. It is my belief that in this sense, the messenger was the message.

My father’s actions and words and bearing — these were the emanations of a painfully human and profoundly spiritual being. And in the respect and courtesy and interest and compassion he showed everyone he touched — in these ways he taught us all what we already knew but had forgotten, that we are divine sparks each and every one of us.

And to connect at the level of one divine spark to another is not an idea that is in heaven, or over the sea. It is with you now. It is in your mouth and in your heart, the way you treat others.

The messenger was the message.

Has some part of him stayed with you?

Do you walk your friend to the elevator or the lobby and not just the front door, the way he would?

Do you put aside what you are doing when a human being, child or adult, has a story they want to share?

If you were his student, and are now a teacher, do you treat every student as a soul to be carefully heard and nurtured during your time with them?

If remembering my father leaves you a little less cynical, a little less self-absorbed, a little more open to other people than you would have been otherwise, then the message is still being received. Still being broadcast. And the messenger is still here.

I can feel him with us here today.

Elisha Wiesel is the son of Marion and Elie Wiesel. This essay is adapted from an address delivered at Boston University on September 17, 2017, in memory of Dr. John Silber, former president of the university.