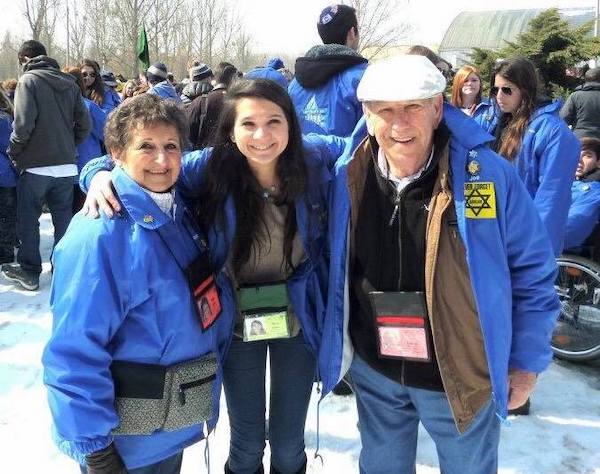 We mourn the loss of holocaust survivor and March of the Living educator, Joseph Eckstein, z”l, who travelled with our Southern Region for many years. Joseph was 15 when Germany occupied Hungary. He was the only person in his family to survive the Holocaust, avoiding work selections and beatings in Birkenau, and overcoming battles with pneumonia and typhus. He was liberated by the Russian army in 1945 while hiding in Auschwitz. After the Holocaust, Joe was drafted into the Hungarian Red Army, serving as a gunsmith. He married his wife Mary, also a survivor, in 1955. He passed away on October 14, 2018 at the age of 89. May his memory be a blessing and may his family be comforted among the mourners of Zion and Jerusalem. 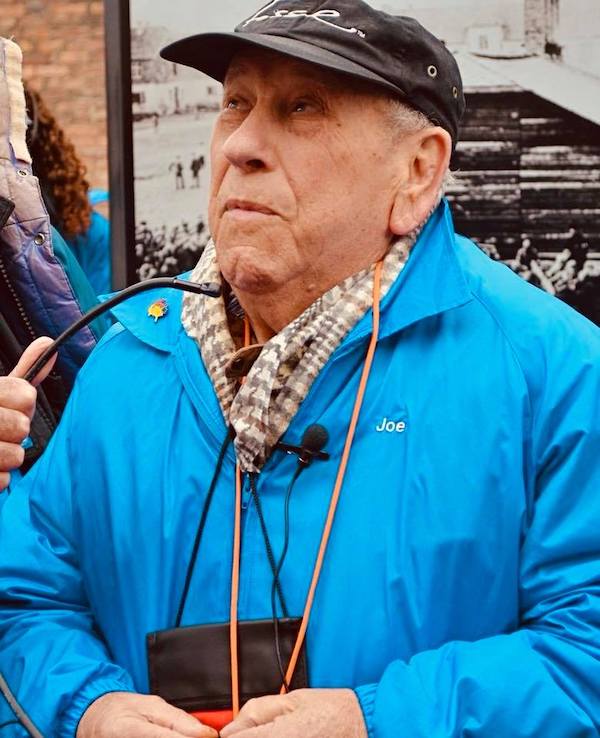 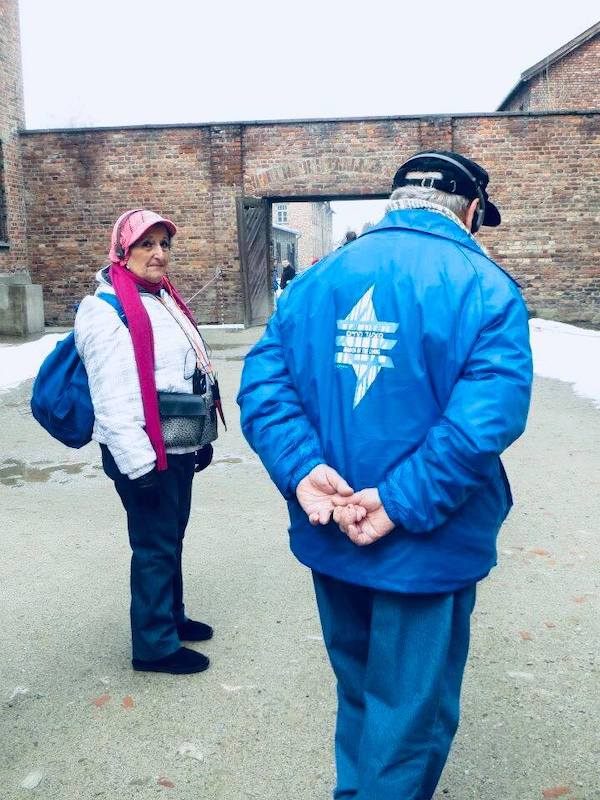 JOSEPH ECKSTEIN z”l (April 24 1929 – October 14, 2018) was born in Etyek, Hungary. His father and uncle were in business together. He had two sisters and an older brother. In March 1944 Germany occupied Hungary. They had to wear the yellow star and move into the town’s ghetto. On June 13, 1944, they were packed into cattle cars. They traveled for three days and nights without food and water. Joe was 15 years old at the time.

When they arrived in Birkenau, the was separated from his family. After the showers and the delousing process, his new identity was tattooed on his arm: B-14777. When he asked a Jewish inmate, about the smoking chimney, she said, “Your mother and father are burning there.”

Joe was assigned to Lager D- Birkenau Barrack 20 with other young boys. After an epidemic of scarlet fever when about 100 young boys were taken to the gas chambers, he was moved to Barrack 5. After Appell (roll call) he often found ways to hide to avoid the work selections and beatings. Sometimes he was trapped and taken to work on roads to perform heavy physical labor. In November 1944 Joe became sick with pneumonia and was sent to the hospital where he contracted typhus. He was fortunate and recovered.

In January 1945 they were ordered to walk over to Auschwitz 1 where they received extra rations. Joe overheard that they were going on a long march and anyone who could not keep up, will be shot. A group of them hid in the attic of a warehouse and stayed three days there until they found the camp deserted.

On January 27 1945 the Soviet army liberated and he was taken to Krakow. There the found out that they wanted him to fight on the front. All he wanted to do was to go home and find his family. Then he found out that his older sister and brother survived.

He remained in Hungary after the war. Hungary was taken over by the Communists. He learned to be a mechanic. In 1949 he was drafted into the Hungarian Red Army and served two and a half years as a gunsmith. In 1955 he married Mary and in 1956 they had a son Peter. During the revolt of October 1956, against the Russians, they managed to escape into Austria and were then able to come to the US to Syracuse NY. They had a second son Jack, whom they lost in 1993. In 1986 Joe and Mary moved to Florida where they lived close to their son Peter, daughter in law Carol and granddaughters Ma’ayan and Keren.

In spite of his experiences during the war, Joe was able to enjoy his life, his family and his good fortune to survive all the horrors and live in this wonderful country.

Joe and Mary participated in several March of the Livings with Southern Region.