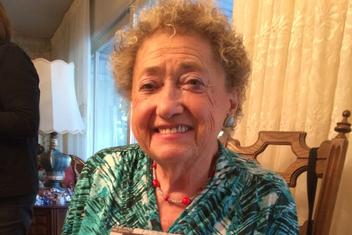 “Dorothy Greenstein always told March of the Living participants that they provided her the wings so she could fly and remain young. In truth, though, she was the one who provided us with the wings and insight and strength to become the keepers of memory. She was a teacher who ignited passion in all those lucky enough to be in her orbit. ” – Monise Neumann, Former Director March of the Living BJE LA 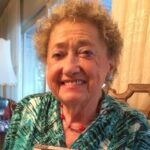 We mourn the loss of holocaust survivor and March of the Living educator, Dorothy Greenstein, z”l,  (December 10, 1930-December 16, 2018), who travelled with our Los Angeles Region for many years.

Dorothy was born Devorah Kirszenbaum, the daughter of a rabbi in Otwock, just outside Warsaw. Shortly after World War 2 started, the Jews of the region were forced into a ghetto. Greenstein’s parents, six sisters and two brothers were forbidden to leave its confines on pain of death, but Greenstein didn’t look stereotypically Jewish and snuck out from time to time to get food for her hungry family.” Fortunately for me, the Nazis were teaching everyone that there were no Jews with light hair and blue eyes,” she said. “These blue eyes saved me. I spoke fluent Polish with no Yiddish accent, and everyone thought I was Polish.”In time, though, Greenstein’s father got wind of a plan to “resettle” the Jews in the Otwock ghetto. He ordered her and another sister with similar coloring to go into hiding.The girls bounced around the homes of family friends and friends of friends for years, each time for short intervals. Once, Greenstein and her older sister were riding a train, and a passenger asked her sister why she was travelling with “that Jewish girl.” 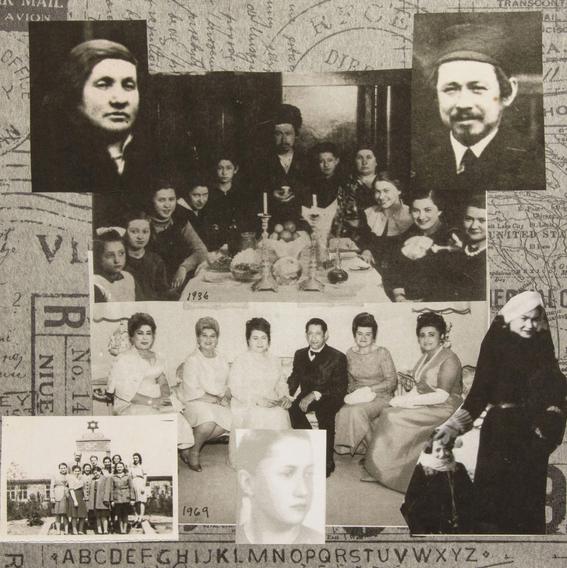 It was actually a series of small acts of kindness, interspersed with lucky breaks, that ultimately saved her life. Dorothy, found herself fleeing through the countryside, alone at the age of 11. She’d knock on farmhouse doors and throw herself at the mercy of strangers. “Hello. I’m a Jewish child. Please, will you save me?” she’d ask.

Some turned her away, but many gave her shelter for a night or two, or even for a few weeks at a time, before fear for their own safety compelled them to ask her to leave. Greenstein’s sister told her it would be safer for them to travel separately, and they split up. Greenstein hid on farms, in a labor camp where she had relatives, in corn fields.

Dorothy remembers that an elderly farm woman who was bringing her food to eat in a cornfield discovered a Nazi trying to drag her off and shouted at the young soldier.”I know you! We go to church together! You call yourself a Christian. You should be ashamed of yourself. Let that child go,” the woman hollered. The Nazi released her Eventually, a sympathetic Christian told Greenstein how to steal the identity of a deceased Christian child and obtain a birth certificate. She used that to get work as a maid until she was old enough to join the Polish uprising. In the end, only five members of Greenstein’s family survived.

May her memory be a blessing and may her family be comforted among the mourners of Zion and Jerusalem.

“At the last of the BJE March of the Living workshops in Los Angeles, I had the privilege of meeting Mrs. Dorothy Greenstein, a survivor of the Holocaust who was born in Poland and whose family perished in Treblinka, who coincidentally was my mother’s beloved second grade teacher. Although she’s participated in the march of the living many times before, at 85 years old, she was unable to come this year. When she learned I would be here, she took a beautiful bracelet off of her wrist and clasped it around mine, saying that she wanted her spirit to travel with me to Poland. Mrs. Greenstein: I have not simply carried your story here. Now, I have become a part of your story, as have the thousands of people who are participating in this March. I’m wearing your bracelet right now, as a promise to you and to all of the courageous survivors: We will continue to tell your stories. We will pass these stories on to our children, and we will not forget. ” – Words of Eliana Melmed- who in 2016 was the student representative from BJE LA who spoke at the ceremony in Birkenau