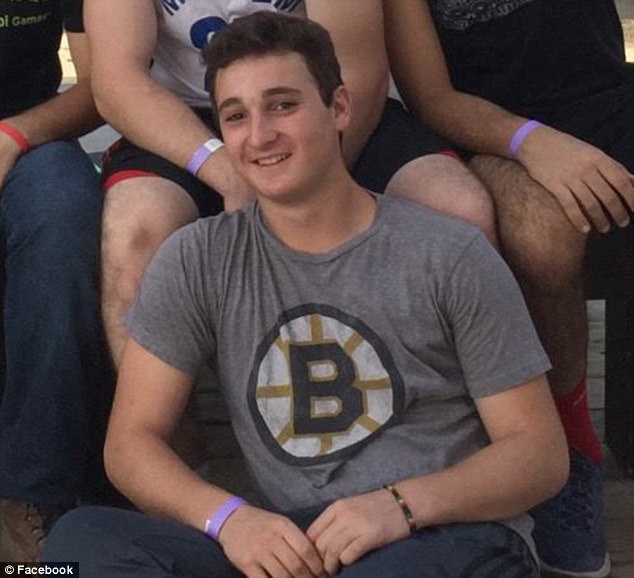 I write this with heavy heart and compassion for family and friends of Ezra Schwartz in Sharon, Massachusetts and for the rest of “Am Yisrael”.  Yesterday, his life was violently cut short in one of the dastardly conceived attacks now being perpetrated by misguided Palestinian Arabs.

There are special moments and segments of time we “Marchers” call March Moments.   Such moments include unplanned, almost mystical, spontaneous pieces of time and atmosphere that defy logic and always make a deep impression on those who experience them while participating on the March of the Living. A few of these seemingly unconnected segments of time happened to me over the last few days and, especially today. (Note: March Moments frequently occur while we are on the two week trip called the March of the Living)

The tragedy of the attack that took the precious life of Ezra was revealed to me last night by some students who were about to be interviewed to participate on the March of the Living, this spring, with the region I direct, the MOLSouth (March of the Living Southern Region).  We had three teams of interviewers deep into screening 20 high school candidates on the campus of the Jewish Federation of South Palm Beach County.  As usual, the students were top-notch individuals who all want to become a “Marcher”.  Our 10 interviewers were greatly impressed with the high caliber of the students.  Just when we were about to interview one candidate some students brought a picture of one of our alumni with a bloody shirt standing near some other young people.  This young man is studying at Ashreinu, a forward-thinking yeshiva in Beit Shemesh.

I experienced some seconds of shock, realizing that what we read on social media hit home.  One of our kids was directly affected by the insanity perpetrated by these servants of evil.  I immediately had to marshal my strength to focus on the task at hand; interviewing a few more students for the trip. It happened that the young man we interviewed was one of the students who brought the bloody picture to me and a friend of our alum in the photo.  After some introduction, I asked him if this incident affected his desire to participate on the “March”.  His answer was, “It makes me want to go, even more.”  It brought me to the realization that we have received only one call from families about the current matzav  (situation) of the random and insane attacks on our brethren in Israel and the terror we have all just witnessed in Paris and Mali.

As I found out from the mother of our alum with the bloody shirt, during a call expressing my and all other “Marchers” support for her – it is important for the reader to know that he experienced the following when the terrorist attacked:
He was sitting in the school van next to Ezra who was sleeping.  He noted that the van was caught in some traffic and saw a man get out of a car and rain bullets into the van.  Hearing the shots he looked over to Ezra who opened his eyes and then fell into unconsciousness. The young man held Ezra and told him to hold on.  The paramedics arrived and took Ezra to a hospital where he died soon after. Our alum’s mother indicated that the young man’s synagogue rabbi from Boca Raton who happened to be in Israel, rushed to the young man to console him and made arrangements for him to fly to the USA for Ezra’s funeral in Boston.  Simultaneously, another rabbi who had been the family’s rabbi in the past was at the alum’s brother’s university and found him to console him.  In the past, these two brothers marched with us, as did these two rabbis.  March Moments.

May I add that over the last couple of  days, I reached to out to another alum who is now in the IDF, undergoing basic training.  I reached out, as I do for all of our alum who are lone soldiers or who experience a gap year or who have made Aliyah.  I ask them to find the time to visit our next cohort of MOLSouth Marchers to speak about their time spent in Israel and why they, as Americans choose to live, volunteer and learn in Israel.  This new IDF recruit experienced a tragedy on his March when his sister was struck by a car and killed back home on Yom Haatzmaut.  This tragic event had an impact on us all that year and it is odd that I was in contact in Instant Messaging during the time the terrorist attack was happening.  March Moments.

Further, as the last 48 hours unfolded, I was struck by a conversation with a Zionist parent who left France when she was 5 about her concerns about her daughter going to Poland and Israel with us, but expressing her belief of letting her daughter become a 2016 Marcher.   Truly the feelings of all of our parents, across the world who will send their children with us to mourn on Yom HaZikaron in memory of soldiers and victims of terror.  March Moments.

Let me be clear as to why the 5 students from Ashreinu went to the Territories.  They were performing  acts of kindness for lone soldiers in the Territories.  Truly a relation to what the Israeli government must do to protect the people who chose to live there since 1968 and the various challenges facing the people of Israel. It matters not that settlers are there. Unfortunately, way before any settlements and way before a Palestinian governmental or national entity was even a glint in anyone’s eyes, Arab terrorists rejected any Jewish presence through attacks and violence. We have offered so much to a non-people and all we have received in return is the murder of our children.

Yet we try and continue to pursue peace, as that is our legacy.  Many countries of the world simply despise our existence.  Something I still do not comprehend.  This is why I do what I do as the director of the MOLSouth.  It makes a difference and allows our marchers and future leaders, many  of whom step up, to make a positive difference. 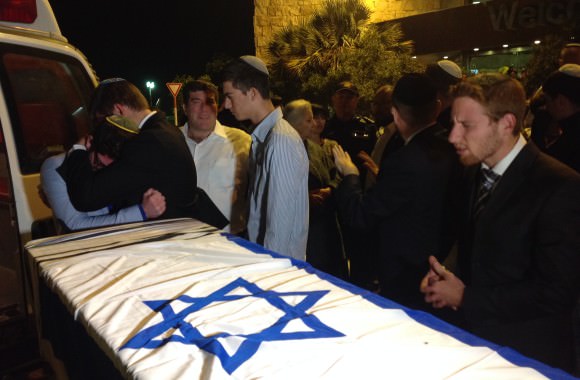 I mourn the tragedy of the loss of Ezra. I mourn the pain our young alum had to endure when he held a dying Ezra Schwartz in his arms, which made his shirt so horribly bloody. I am concerned for the enduring scars our young man will have to endure.  Yet, it is crystal clear that the March and its magic in the form of our precious rabbis who console the mourners, our young men and women who step up to defend the Jewish ancestral homeland and our supportive parents who allow our young adult children to blaze their life-paths through the Jewish lens we offer, emphasizes those March Moments that offer us strength in these disturbing times.