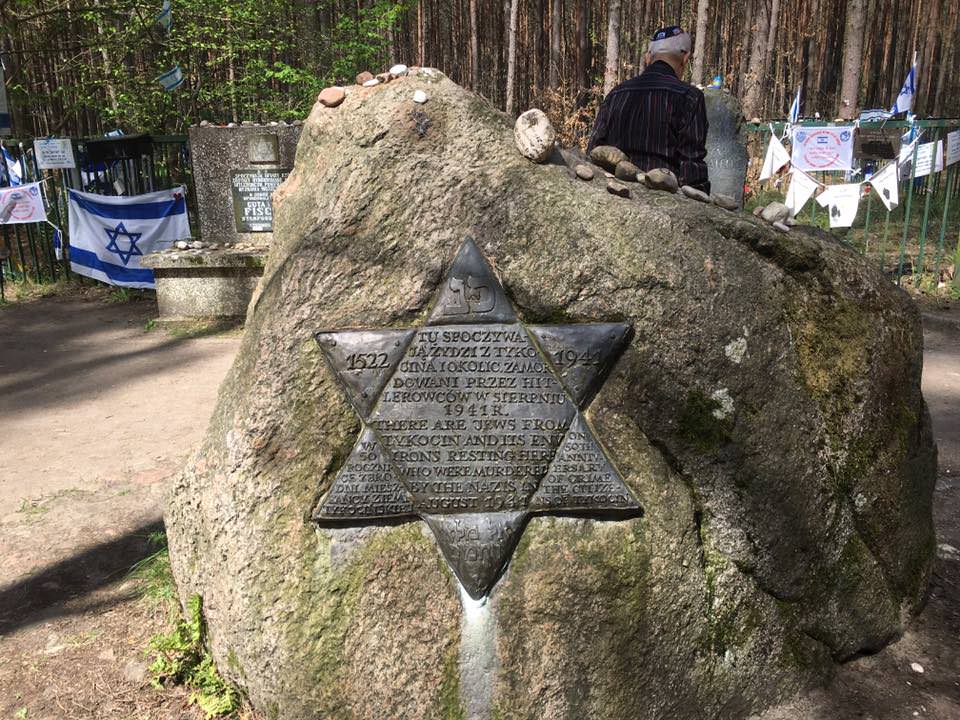 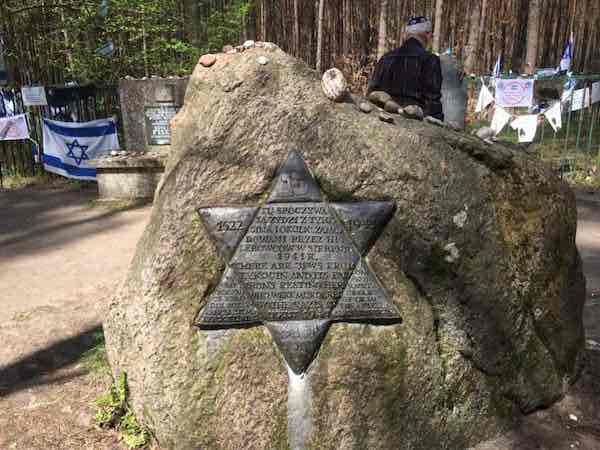 The holocaust, with all it’s death and destruction, has been a part of my life since my dad, a survivor, told me stories of his experiences when I was growing up. Then in 1986, when he was dying of non-Hodgkins Lymphoma, and I was pregnant with his first grandchild, he was able to record his testimony for what was then the Yale archives. He died in 1988, 3 weeks before my son was born. When I recently became involved with the 2nd Gen group and decided to speak on my father’s behalf to tell his story, I rewatched the video and took down every last detail of his journey from his birth to his enlisting in the US army after emigrating here. I simultaneously began to plan an extended trip after the MOTL trip to Gdansk, the city where he seemed to have spent most of his childhood. The private tour guide we hired in advance of the trip began to send me all kinds of info, some of which led me to a Jewish Records Indexing in Bedzin, Poland where my dad was born. This then eventually led me to actually hiring a private tour guide to take us around that area as well while there.

I have learned so much about my dad, his family, where they were from, where they lived, how they lived, how they traveled, what happened to them. The MOTL crystallized for me what I could only imagine in my mind’s eye. My dad’s video, which I shared with the others on the bus, showed a man who grew up over the course of time from a young boy going to Hitler youth meetings at age 7, to having his Bar Mitzvah at the Great Synagogue in Danzig on the night of Kristalnacht on November 9, 1938, to moving to the larger and then smaller Warsaw Ghetto, to being transported to Majdanek, and then on to Birkenau-Auschwitz, to being on a death march and then being rescued by the Russians. However, all the while he told his tale, he spoke of how he survived. What he needed to do to last another minute, not even a day. How he persevered. How he accepted what his circumstances were and created opportunities to make the best of it. How he never gave up.

I am a survivor of stage 4 breast cancer with 33/45 lymph nodes involved AND melanoma at the same time. I was not given a great chance of living. However, here I am 15 years later, not only alive but thriving! Why? Because of what people say is my positive personality and never say die attitude. I learned a lesson from my dad and that was that even though the going gets tough, that’s when the tough get going.

On the day we returned from Poland, my very best friend of almost 40 years told me she has terminal Pancreatic cancer. I immediately launched into battle mode and have been at her side ever since. She is in dire straits. She is not a candidate for surgery so she is going to go the chemo route. It’ll be a hard road to travel but she is strong and I am trying to give her the confidence, love and attention she needs from me to go on. So far, she is holding her head high, being courageous and hoping for as long a time on this earth that she can squeeze out.

What i learned and am continuing to learn about death is that it is all about living your best life, whatever that may be. Enjoy every minute you have with those you love and care about and don’t sweat the small stuff. Life is for living!