Most Meaningful Moments from Liz Pearl 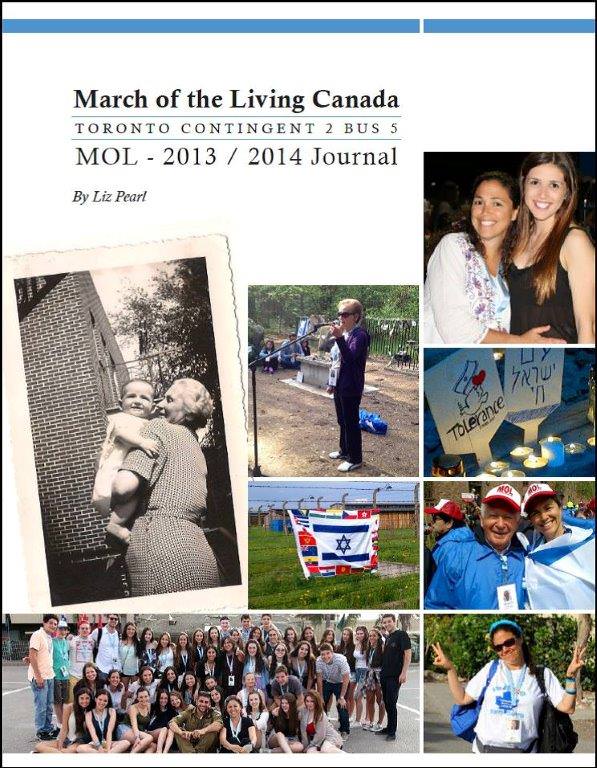 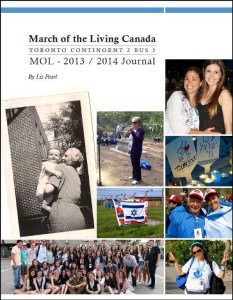 Tears and Pride at Auschwitz

Back in February at the MOL Shabbaton with the students I experienced my first meaningful chaperoning experience. Following a dynamic session about sharing family legacies, a lovely girl in my small group approached me feeling very distraught. She expressed her anxiety about publically sharing the testimony of her grandfather, a Holocaust survivor. She described her wonderful relationship with him and explained that she had eloquently documented his painful story nonetheless she voiced apprehension about her ability to adequately do him and her family justice in her presentation to our group. Of course I encouraged her and subsequently followed up with her by email and in person.

Several months later we sat in a damp field at Auschwitz. The entire Toronto contingent including, students, chaperones, survivors and staff; our delegation included approximately 300 attentive MOL participants listening to a student from my small group eloquently present the testimony of her grandfather, himself a survivor of Auschwitz concentration camp. A mature and poised participant stood at the microphone at the centre of our large delegation and delivered her heartfelt legacy; with tears and pride she shared her grandfather’s story of hardship and survival, and expressed her deep love and respect for him. She had most certainly done him and her family great justice. I have no doubt she was proud of her own accomplishment; and I too felt pride. The unique pride of a March of the Living chaperone.

Dancing in the Synagogue in Tykocin

Tykocin, a typical traditional eastern European shtetl among hundreds of others, is a small town in north eastern Poland near the Narew River. The type of town we imagine from the classic Fiddler on the Roof. In 1941, the Jewish residents of Tykocin were assembled at the market square for “relocation”, and then they were marched by the Nazis into the nearby Lopuchowo forest, where they were executed into mass graveyard pits. When we arrived in the centre of the pristine forest, surrounded by tall pine trees, the air was fresh and the sun was shining upon us. We witnessed a moving survivor testimony, lit traditional Yizkor candles and recited the Kaddish. It was a meaningful memorial service to behold.

Our visit to the impressive synagogue in the centre of what remains today of Tykocin was indeed spectacular. The Great Synagogue of Tykocin is 17th Century Baroque style, built in 1642. Together we prayed, sang and danced in a grand building several hundred years old. With enthusiasm, I joined hands with students, fellow chaperones and survivors as we danced the hora throughout the shul. We became immersed in the moment. The volume and energy of our spontaneous excitement escalated and in a flurry of twists and turns I was whipped across the stone floor. The next day my knees were bruised and my back was sore, but more importantly, the memory of the magic of the moment will last far beyond the minor aches.

“Dance is the hidden language of the soul.”

Tears and Pride at Treblinka

My daughters and I have a long history of letter writing: bus letters, plane letters, camp letters love letters, apology letters etc…In preparation for the trip Zoey (MOL alum 2011) wrote Jasmin a letter supporting her MOL journey along with some words of wisdom. As it happens, I was so overwhelmed with my chaperone duties that I had entirely forgotten about the letter.

As we sat silently among the many memorial quarry stones at Treblinka extermination camp we listened to yet another emotional Holocaust survivor testimony. Jasmin and I sat close together and she quietly passed me the folded letter Zoey had safely tucked away in her knapsack. I read the handwritten insightful words of wisdom from one sister to another and tears ran down my cheeks. The tears of a mother, the tears of a chaperone, my tears. In that moment I was fully absorbed in the power of the letter; love and support between sisters. That precious letter is now part of my legacy. I could not have been more proud of my daughters and the value of the March of the Living experience was reaffirmed.