March of the Living Statement on Hatred in Romania 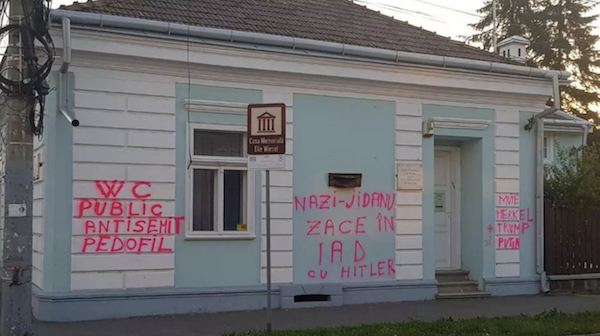 We at the International March of the Living are both saddened and outraged by the contempt and hatred shown by the recent antisemitic graffiti painted in Romania on the Memorial House of the late Elie Wiesel, z”l.

Professor Wiesel was the acclaimed voice of conscience and the moral compass for all peoples of the world. President Phyllis Greenberg Heideman stated today in Italy:

“This blatant attack upon Professor Wiesel’s memory is unconscionable and an assault upon all for which he stood. As we face an ongoing resurgence of antisemitism, we cannot and must not remain silent. We hope that all those who crave peace and justice will stand strong together against all acts of antisemitism, intolerance and hatred.”