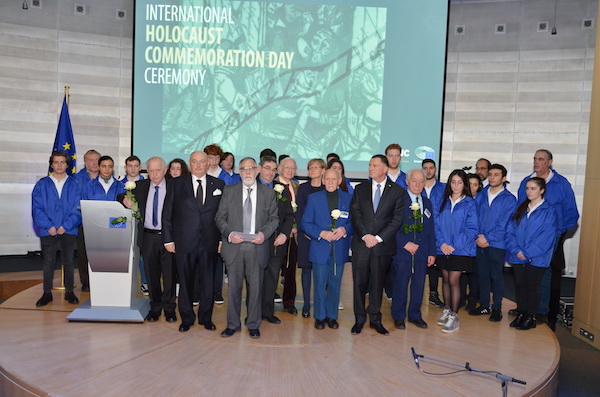 The First Vice President stressed in the name of the elected body of 500 million European Citizens that the presence of such a group of young students who will visit Auschwitz with the March of the Living is an important signal‎ to the role of education regarding the Holocaust.

Every Holocaust Survivor received a white rose and was accompanied to the stage a March of the Living student.