Maccabi GB does March of the Living 2016: The full blog 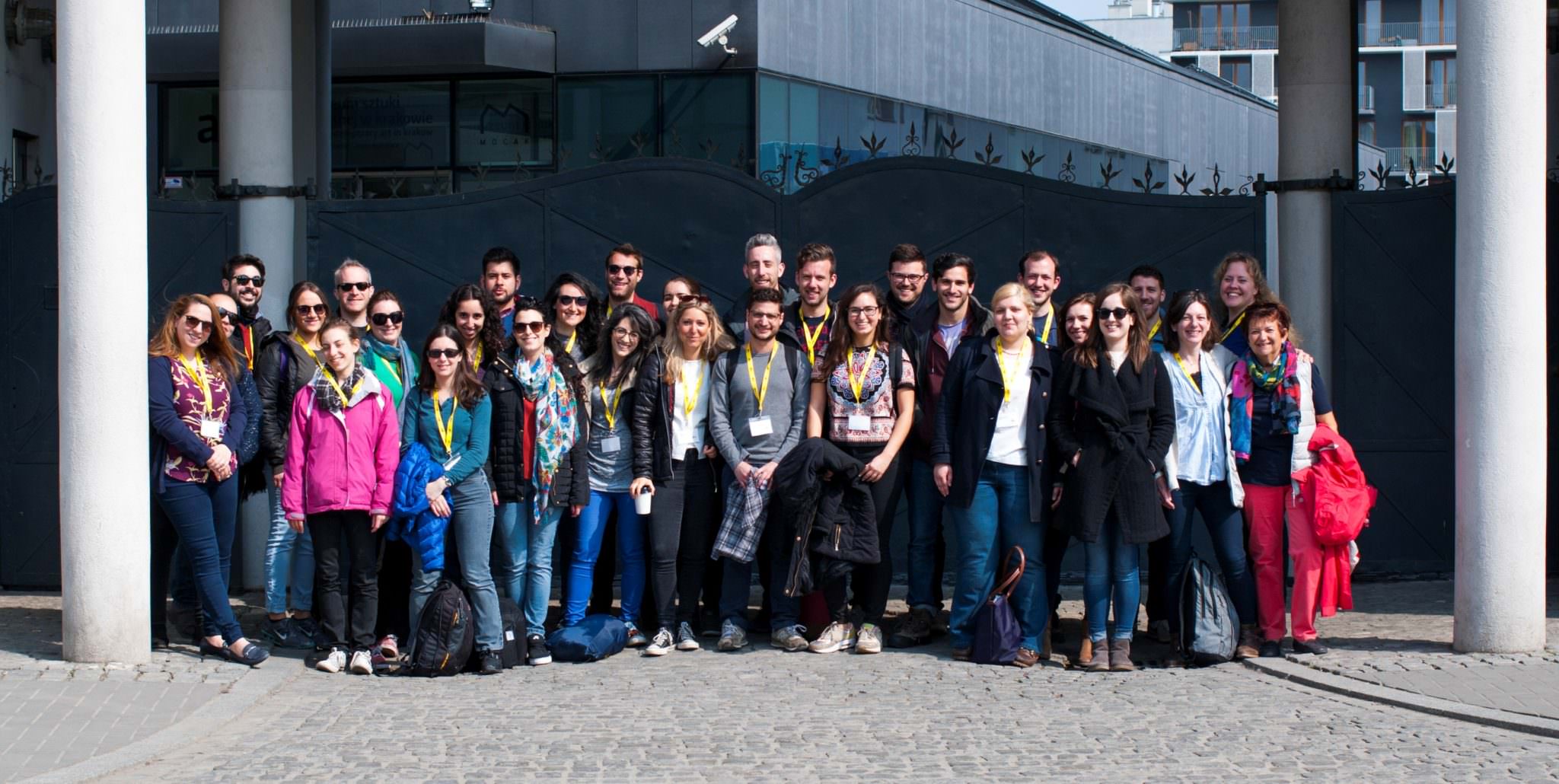 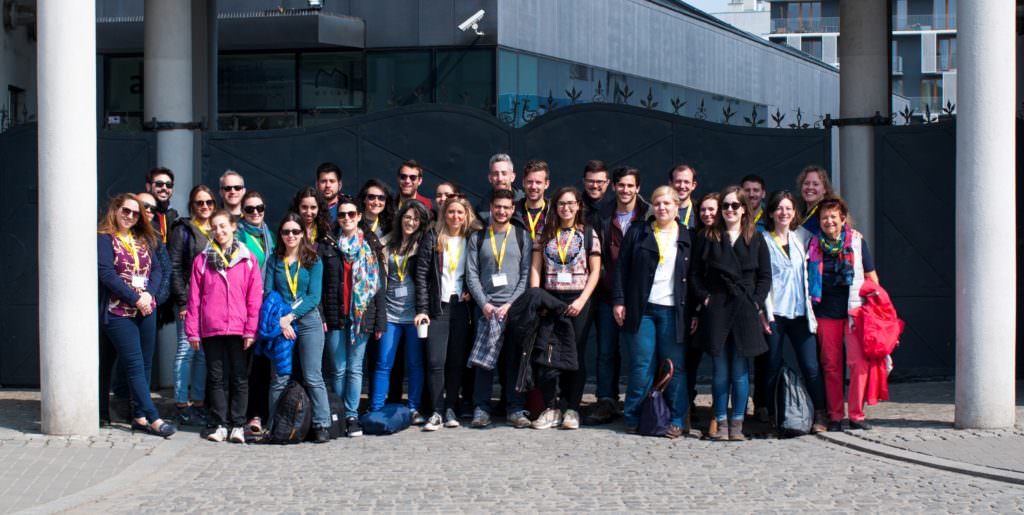 Nathan and Talia represented Streetwise GB – a partnership project between the CST & Maccabi GB – on the March of the Living trip from 1st-6th May 2016, as part of a delegation of 240 UK participants. The mission of the trip was to challenge a new generation of Jews with one of the most significant events of Jewish history – The Holocaust. The group visited many of the key places where these events took place and shares these experiences with Holocaust survivors who joined the trip. It aimed to create memories, leading to a revitalised commitment to Judaism, Israel and the Jewish People. In anticipation of this valuable opportunity, Nathan and Talia attended a preparatory seminar at Kinloss Shul, where they met the rest of their team’s participants and their bus leaders. Their group’s educator was Jude Williams, the daughter of a Holocaust survivor and a very experienced Holocaust educator.

From Sunday 1st May the trip beings in Warsaw and will cover the famous Warsaw Ghetto as well as the Jewish Cemetery. Over the course of the six day the group will visit the historic Jewish town of Kazimierz Dolney, followed by the famous Lublin Yehivah; the concentration camps, Majdanek and Belzec. They will also travel to a number of cities and towns that had a large Jewish population prior to WW2, such as Krakow, Lancut and Zbilitowska Gora. In addition, the group will visit Auschwitz 1 and Birkenau, followed by a trip to the Kazimierz Jewish Quarter, the Galacia Museum and Krakow Ghetto. The trip concludes with the powerful March of the Living with 11,000 other participants from 80 countries around the world marching from Birkenau. There will be a programme each evening for participants in the hotels to reflect the day’s experiences.

March of the Living aims to bring together Jews from different countries and cultures, secular and religious, and of every religious denomination, to share a common Jewish experience. Below, Nathan and Talia share their powerful experiences and insights of the tour.

It’s beeb a long, tough day. We visited a small town which, before the war hosted many Jews, over 60% of the population. After the first day in Warsaw, this presented a different reality, where Jews and Poles lived together for centuries, and traditions (such as Challah bread) have remained until today. Needless to say, the Jews of the village were all deported to Concentration camps.

In the afternoon we visited Majdanek extermination camp. A stark, raw, undescrivable experience, the visit begins with the gas chambers. We walked through the camp for over 2 hours, and it is very difficult to describe the room full of shoes, or the bunk beds, as these contrast with a sunny sky, green grass, colorful beautiful nature. As we often think of these camps in black and white, the reality of what it must have been like is even more daunting. The visit finished with the crematoria, and a large monument, a mausoleum which hosts the ashes of over 18,000 Jews who died there.

We then moved on to a place of Joy, a chassidic yeshiva founded in 1930 in Lublin. We heard of the amazing story behind it, and learnt a short piece of text, in the chevruta fashion.

In the evening, we listened to Renee, a survivor of Auschwitz and Bergen Belsen, who told her story with incredible strenght, and inspired us – in her own words – to live our lives to the fullest.

Tomorrow, another death camp, Belzac, and then more.

The third day of this year’s March of the Living is as exhausting as the previous two. The emotional impact of the trip is evident and the few hours of sleep make it for a long and difficult day.

In the morning we visited Belzec. Belzec is a Death Camp where over 600,000 Jews from over 200 communities were simply brought to die. Belzec was only operational for 10 months in 1942-43; symbol of the success of the Nazi’s policy, the camp was closed and destroyed in June 1943. Nothing remained of the camp, not even the mass graves, which were dub up and reduced to ash, to leave no trace of the millenary tradition of Polish Jewry. Today, Belzec is a huge monument, with black rubble, encircled by the names of all the towns from which the Jews were deported. It is a truly powerful memorial.

Later in the afternoon we visited another site, in a forest, close to Krakow. Site of a mass murder of Poles and Jews, we recited Kaddish with one of our guests, a Holocaust Survivor by the name Arek, in front of a mass

grave of Jewish Children. After visiting the site, we had a conversation about the perpetrators. Followi on from Browining’s book ‘Ordinary Men’, we analysed the process which took normal police men to become mass-murderers. Through a series of psychological experiments, scientists have attempted to explain this transition; without a clear conclusion, we today cannot understand how, so many germans became killers, and perpetrated these hideous crimes.

Having arrived in Krakow, we later visited the Jewish Community Centre and listened to another survivor, Eve, and then met young members and volunteers from the centre. The evening had a clear message: the Holocaust erased Jewish life in Krakow, but today, a strong, passionate revival of culture, learning and tradition is testimony to the message of ‘Am Israel Chai’.

The day starts with the story of the Krakow ghetto, where in 1942, 15,000 Jews were confined, forced to abandon their homes and belongings and relocate in a poor area south of the river. With many stories of defiance, the Krakow ghetto only survived until liquidation, in 1943.

Around 10 in the morning we left for Auschwitz-Birkenau.

Auschwitz I is a well preseved concentration and death camp.

Upon entering the camp through the gate with the famous ‘Arber mach frei’ positioned ominously above us, we walk through the lines of barbed wire.

With 28 barraks still standing, the museum tells the story of the people that went through the camp, from the first prisoners of war, Russians, Poles, Slavs, to the over 1 million Jews who perished here, and at Auschwitz II – Birkenau.

We saw the room where Zyclon B was first tested, and were for the first time it was understood that it would take 7.5kg of this chemical to murder effectively, in approximately 15 minutes, over 2,000 Jews at a time.

At the end of the museum the only remaining gas chamber, and crematorium.

We walk through the ‘gates of hell’. The famous long building with train tracks that disappear in the distance into the platform. Birkenau was a death camp. Everything here is a systematic, calculated, perfectly planned killing machine able to kill, in the gas chambers, over 6,000 Jews every day.

Over 1.2 million Jews were killed here. Only Jews would end up at Birkenau. The trains stopped on the track, man on the left, women and children on the right, everybody went through selection by Mengele, the camp’s doctor.

Elderly and children were immediately sent to the Gas chambers and then Crematorium.

Jews who were strong enough to work, or to be experimented on, were sent to the ‘Sauna’, a sterilizing facility at the far end of the camp. Here Jews were stripped of all their belongings, clothing, hair, names; they were washed, sterilized, tatooed with a number – that would be the only identifying symbol to be know as.

The ones that made it to this stage were forced to work, over 12 hours a day, living on a diet of just 1000 calories per day. Living conditions were atrocious; no sanitation, no heating, clean water, clothing. Very few Jews  survived, upon liberation, on January 27th 1945, only 7,000 people were left. The others, sent on death marches, ended up in other camps, or – most – died on the way.

We had a short, self organised tekkes, read a few poems, sang ‘El Maleh’ Rahamim’ and ‘Shema Israel’, then lit a memorial candle, and reflected on our experiences.

As the visit ended we returned to our coach. each individual experienced Auschwitz in a different way, this is why it is so important to visit, learn, and educate others.

Tomorrow  we go back to Auschwitz. The March of the Living will take place in the early afternoon, bringing together over 11,000 Jews and non-Jews to march from Auschwitz I to Auschwitz II – Birkenau, remembering the Millions who perished, and celebrating Jewish Life once again, with the constant reminder or ‘Never Again’.