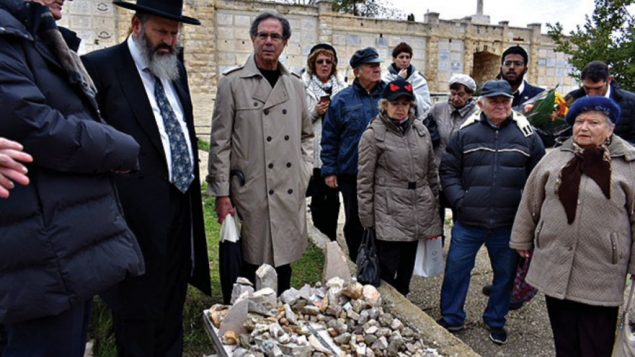 Amid the political and media storm caused by the controversial Polish law that criminalises those accusing Poland of complicity in the Holocaust, a special event took place in Jerusalem to honour a man who saved Jewish lives on Polish land.

The ceremony was held in the Chamber of the Holocaust on Mount Zion, during which a plaque was unveiled in honour of Oskar Schindler, a German industrialist, member of the Nazi Party, and the saviour of 1,200 Jewish lives during the Holocaust.

He employed them in his factories, which were located in Krakow and Płaszów.

The Chamber was the first museum devoted to the Shoah in Israel, and was established in 1949. The event was initiated by Limmud FSU, together with the Conference on Jewish Material Claims against Germany and March of the Living.

Schindler died in 1974 and at his request was buried in the Catholic Franciscan cemetery on Mount Zion, near to the Chamber.

A short ceremony took place next to Schindler’s grave. Lili Haber, the daughter of Schindler’s list survivor Yaakov Lazar, who also serves as chairman of Krakow survivors organisation, said: “Schindler saved not only 1,200 Jews while endangering his life, but tens of thousands of souls, descendants of the survivors. We must cherish and remember him.” 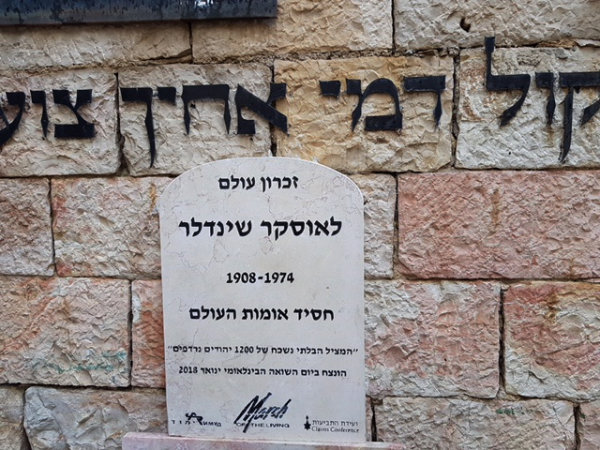 Following the ceremony, a plaque honouring Schindler was unveiled in the Chamber, and a special candle lightning took place in memory of the victims.

Chaim Chesler, Limmud FSU founder and the initiator of the event, said that “the Chamber of the Holocaust is the place where the ashes of 250,000 Jews murdered in the Holocaust were buried, and this is the right place to commemorate one of the greatest Righteous Among the Nations.”

Holocaust survivor Bronia Shkolnik, 86, said: “This event is very moving – to be here in the state of Israel and to cherish the memory of those people who saved so many souls.”

“The event is a tribute to the courage Schindler displayed in rescuing the 1,200 Jews. We must continue to remember.”