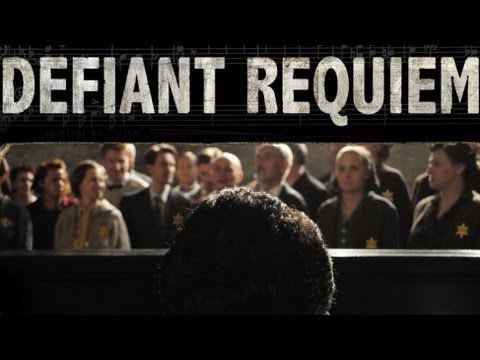 Ivy Dash, chair of this year’s 14th annual Kristallnacht Film Forum, first went on the March of the Living in 1990 as a junior in high school.

The trip had a deep impact on Dash’s life.

Dash said: “The experience of traveling to Poland and Israel with Jewish teens from around the world helped shape who I am today. This experience inspired me to pursue a career in Jewish education and to support the growth in funding of Jewish educational programming.”

For example, all event proceeds from the Kristallnacht Film Forum support the March of the Living ­ Southern Region’s Fund — which enables local high school students and Holocaust survivors to participate in a unique Holocaust education experience capped by travel to Poland and Israel.

This year’s event was hosted, as always, by the Jewish Federation of South Palm Beach County, and the Federation’s March of the Living – Southern Region, at Zinman Hall on the Federation’s Boca Raton campus on Sunday, Nov. 8.

The event was organized to commemorate the 77th anniversary of Kristallnacht (The Night of the Broken Glass) in Germany and Austria on Nov. 9­10, 1938 — considered by many as the start of the Holocaust.

Dash said: “The purpose of the Film Forum is to raise money to support scholarships for both

teens and Holocaust survivors. Every year, the March takes 15,000 Jewish teens to Poland and Israel for two weeks and has a profound effect on participants.

“Since going on March of the Living when I was in high school, I’ve continued volunteering with the organization, and working as an educator and group leader, in addition to helping to fundraise for this wonderful program.

“Your contributions make a difference in the lives of our teen students and survivors who wouldn’t be able to afford the trip without your support.”

About 1,000 people viewed the two screenings of the film.

Jewish American conductor Murry Sidlin, the star of the film — and the creator and inspiration behind it — spoke and answered questions after each showing.

“Defiant Requiem” is a feature­length documentary about the incredible, untold story of Rafael Schächter, who recruited about 150 prisoners at the Terezín concentration camp in Czechoslovakia and taught them Italian composer Giuseppe Verdi’s “Requiem” — one of the world’s most difficult choral works.

This unique film explores — with testimony provided by surviving members of the choir — the singers’ view of performing the “Requiem” as a work of defiance and resistance to the Nazis. The prisoners sung the famous Catholic mass re­imagined as a condemnation of the Nazis — singing to them what they dared not say.

The full houses in Zinman Hall at the screenings were deeply moved by the film.

Before the film, Sarah Berger, a 2014 March alumna shared her story of how scholarships helped her and her sister go on the life­changing experience.

Berger said: “I’d like to thank each and every one of you. Your generosity allowed us to go on the March — which we wouldn’t have been able to afford otherwise.”

A private donor reception in the Entin Holocaust Pavilion between film screenings commemorated Kristallnacht and honored Holocaust survivors — as well as honoring longtime March of the Living supporters Cantor Ann and Byron Turnoff.

A silent art auction took place during the reception featuring Byron Turnoff’s Holocaust art. Turnoff’s art also was available for sale all day long. All proceeds from the auction/sale of Turnoff’s art went to the March of the Living Fund.

After visiting the concentration camps on March of the Living in 1996, Byron Turnoff was inspired to create Bloge’ — a unique art form which transforms worn, commonplace items into revitalized pieces of art.

Byron Turnoff said: “The March is an incredible experience. It’s not just a trip to Poland and Israel — it’s the trip of a lifetime. The kids get so much out of it. It’s also a way of remembering those who did not make it.”

The between­screenings ceremony also honored the survivors present as they lit memorial candles. The program was led by Dash, along with Debbie Rudmann and Phyllis Gutmann, local March of the Living co­chairs.

Holocaust survivor Heni Galel, of Boca Raton, commented: “All Jewish kids should take the opportunity to go on the March of the Living. The kids have to see for themselves what the Germans did to us.”

Matthew C. Levin, Federation president and CEO, described the Federation’s increasing support for the March and profound commitment to the survivors that their experiences will never be forgotten.

Levin said: “What you went through in your lives needs to be taught for generations to come.”

Finally, many of the Southern Region’s 2016 Marchers were present and introduced to the crowd.

For more information about the Defiant Requiem Foundation — or to bring the film to your temple or organization — visit www.defiantrequiem.org, email msidlin@defiantrequiem.org or call 202­244­0220.