Keeping the memory of the Holocaust alive 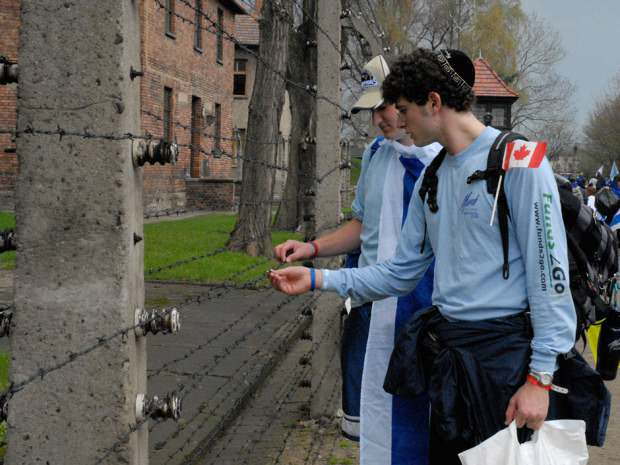 “When you listen to a witness, you become a witness … please heal the world.” The eloquent plea of Holocaust survivor Judy Weissenberg Cohen perhaps best underpins and represents a new work, Witness: Passing the Torch of Holocaust Memory to New Generations. This book contains striking images and reflections from Holocaust survivors and students (many of them Canadian) who have taken part in programs like the March of the Living and March of Remembrance and Hope programs, and where, respectively, they teach and learn about the Holocaust in the very locations this monumental tragedy unfolded.

More than 220,000 young people have participated in these pilgrimages to Holocaust sites in Europe since the first March was held in 1988. The most emotionally charged part of the journey is the March from Auschwitz to Birkenau, the site of the world’s largest and most infamous mass murder, where they march against hatred anti-Semitism intolerance and prejudice.

Witness, written by Eli Rubenstein, who has been involved in the March of the Living and Holocaust education in Canada for almost three decades, is based on an exhibit that recently appeared at the United Nations and elsewhere.

While the book is suitable for most ages, it is especially aimed at young people. Thus we read about Halina Birenbaum’s near-death experience in Auschwitz: “I remember there was this roll call. And I had this fleeting thought. Maybe one day I will burn in this crematoria — and I will never have experienced a true love’s kiss … When you are 14 you have different thoughts before you die.” Students and survivors share a special bond on the trip, the survivors teaching the students life lessons, while the students give the survivors the emotional support they need to return to the sites where their family members perished.

Auschwitz survivor David Shentow upon returning to the camp for the first time since the war, is numbed when once again he sees the notorious and deceptive sign over the entrance to Auschwitz: “Arbeit Mach Frei” (Work Will Set You Free). “When we went to Auschwitz,” he recalls, “it shook me up. Especially when I saw the big sign (Arbeit Mach Frei). It brought back such painful memories. I just stood at the gate. I was mesmerized. Then one student came up to me: ‘David,David … we will walk in together and we will walk out together.’ They were holding on to me or I was holding on to them. I don’t remember anymore — the sympathy the hugging … there are no words to describe it. It will be with me forever.”

A special section of the book is dedicated to Resistance, those who fought against the Nazis in a multitude of ways. One of the most compelling images in the book is that of Sidney Zoltak being embraced about 70 years later by his Polish rescuer, Stanislaw Krynski, in front of the worn-out wooden barn in eastern Poland in which he hid Sidney for 14 months.

Equally moving are the words that Zoltak shares with his young students in the nearby Treblinka death camp memorial: “When we got back to our hometown, less than one per cent had survived. Less than 70 from a community of 7,000. The most difficult part for me was that none of my classmates, none of my friends survived. I am the only one. I think about it. The only reunion I can have is in this place among the memorial stones …”

A no less startling reunion and embrace, and which took place on the 2012 March of the Living, also appears in the book. Holocaust survivor Joe Mandel, we are told, carried one regret for his entire lifetime — never having thanked the American troops who liberated him. By complete chance, Second World War veteran Mickey Dorsey, who had blown open the gates to Gunnskirken 67 years earlier and liberated Mandel, happened to attend the 2012 March of the Living. The moving reunion took place in front of hundreds of students — as they witnessed the long-yearned-for expression of gratitude and affection between these two octogenarians. After this emotional reunion, Joe said, “Now I feel I can live forever.”

Remarkably, this story and many other stories in the book are not only accessible in the text and images on the printed page. Almost all the images of the Holocaust survivors in the book have a hidden QR code embedded in the page. Using a free app called Digimarc, readers can simply wave their smartphone over the page to be taken to the actual testimony of the USC Shoah Foundation Archives, or the March of the Living Digital Archives Project. Readers can actually watch and share the moment Joe Mandel reunites with his liberator, or Sidney Zoltak hugging his rescuer, or view excerpts from their Holocaust testimony on the Shoah Foundation website.

One last survivor is worth quoting. Judy Weissenberg Cohen is a well-known Hungarian Holocaust survivor, feminist and social activist. Her eloquent testimony appears in many locations, such as the Canadian Museum of Human Rights in Winnipeg, as well as in this book. In a piece called, “The Last Time I Saw My Mother,” she encourages — rather pleads — with her students to help heal the wounds of the past, by striving to create a better world today.

On a March of the Living trip in 1997, she tells the students about the last time she saw her mother, on the selection ramp in Auschwitz-Birkenau, as a teenage girl in 1944: “I never had a chance to say goodbye to my mother. We didn’t know we had to say good-bye. … And I am an old woman today and I never made peace with the fact that I never had that last hug and kiss.” She paused, then continued: “They say, ‘When you listen to a witness, you become a witness.’ I am only asking you to work for a world where nobody will have to live with memories like mine ever again. Please heal the world.”

Witness is a courageous, eloquent and hopeful book. As the survivors near the horizon of their lives, they can rest assured that the torch of Holocaust memory has been successfully passed to a new generation, whose sincerity, idealism and commitment fill the pages of this uplifting and inspirational work.

Irwin Cotler is the former Canadian minister of justice and the founder of the Raoul Wallenberg Centre for Human Rights, based in Montreal. 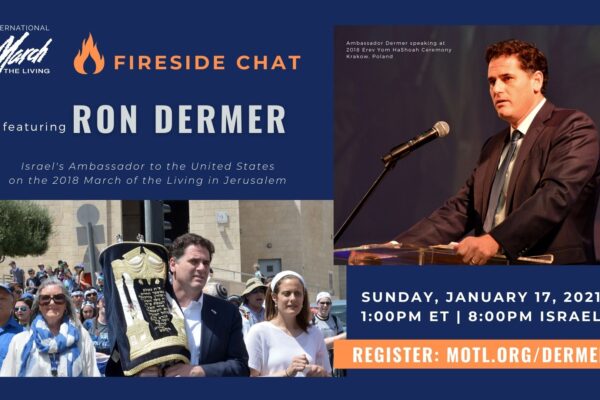