Israel’s President Reuven Rivlin: “It is Impossible to Deny Polish Involvement in the Holocaust” 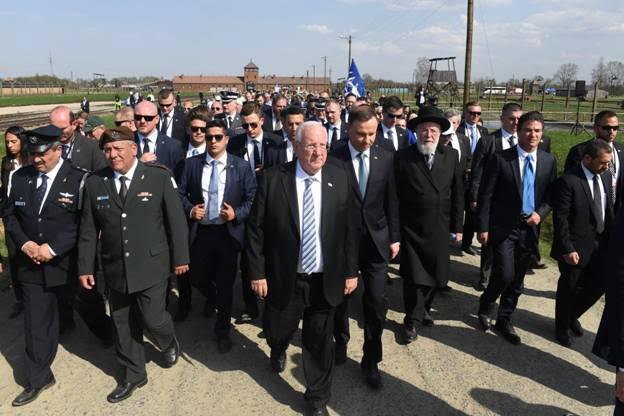 On Holocaust Memorial Day (Yom Hashoah), Thursday, April 12, under the theme “From Holocaust to Redemption,” Israeli President Reuven Rivlin led an international procession of more than 12,000 students and adults from around the world on the International March of the Living, which this year marks 30 years of the organization’s own Holocaust education programming and the 70th anniversary of the establishment of the State of Israel.

The President’s delegation, which also included Shin Bet Chief Nadav Argaman, Mossad Chief Yossi Cohen, IDF Chief of General Staff Gadi Eizenkot, and Police Commissioner Roni Alshich, marched with the crowds down the 3-kilometer path leading from Auschwitz to Birkenau as a tribute to all victims of the Holocaust, an event regarded as one of the greatest tragedies in Jewish and human history.

“The recent intensification of anti-Semitism and racism from the global community highlights the importance of the March of the Living, which provides vital Holocaust education and helps to perpetuate the memory of the victims and heroes of this dark period in history,” said Dr. Shmuel Rosenman, Founder and Co-Chairman of the March of the Living. “These important milestones – ours and Israel’s – reminds us that time is not our friend, and that our survivors will not be around forever to tell their stories. By providing an opportunity for youth to interact with survivors in the very places that they were victimized, we are able to emphasize the need for a world governed by the values of mutual respect and acceptance of the other and plant the seeds for a more tolerant society.”

While leading the March of the Living’s largest-ever procession, President Rivlin was also joined by Polish President Andrzej Duda, who signed a controversial bill on February 6 that outlaws blaming Poland for any crimes committed during the Holocaust, Yad Vashem Council chairman and Holocaust survivor Rabbi Yisrael Meir Lau, a delegation of UN Ambassadors, and representatives of Roman Abramovich’s Chelsea Football Club, which launched the #SayNoToAntisemitism campaign earlier this year, an initiative to raise awareness of and tackle anti-Semitism in all its forms.

When addressing the record crowd during the closing ceremony at Birkenau, President Rivlin took the opportunity to send a clear message to President Duda about his stance on the Polish Holocaust bill and how he envisions the future of the Polish-Israeli relationship.

“We stand here and we know, that from this place we cannot hope for justice. In this place, where the ashes of our brothers and sisters were swallowed by the soil, no justice will grow. We do not expect justice in a Europe that seeks – too quickly – to forget, to eradicate the memory, to deny, to destroy evidence. But, our memory, the memory of the Jewish People, is the antithesis of the haste of the Nazis,” said Rivlin.

“We are a nation that remembers, our memory is patient. Engraved in our memory are those who murdered and then inherited, those who, after the war had ended, thought that Jewish blood was cheap and forsaken, and so they slaughtered those Jews who returned to their homes. True, there were men and women who put their own lives and the lives of their dear ones at risk for the sake of others, and they, too, will be remembered and honored forever. Nevertheless, it is impossible to deny the truth. True, it was Germany that established the camps, but our people were not murdered only in the camps. The members of our nation were betrayed by the people amongst whom they lived, in France, in Holland, and in Belgium. They were murdered by Ukrainians, Lithuanians and yes, also by Poles.”

“It is the right of every nation to rewrite sections of its own narrative, to rebuild itself from its ruins. However, if the Polish People feels that its image has been distorted by the events of the Holocaust, it is more important that we cooperate, that we invest in education, that together we establish research institutes, that together we work on commemoration and remembrance, that together, we – Poles and Jews – study what happened, so that we make sure that it will never happen again.”

In his own address, President Duda echoed the importance of perpetuating Holocaust memory and explained that he saw the joint participation of the two presidents as “a sign and a proof of the victory of life over death, the victory of memory over oblivion.”

The International March of the Living is an immersive Holocaust education experience – the largest of its kind – that brings tens of thousands of individuals to Poland every year to examine the roots of prejudice, intolerance and hatred. Since its inception in 1988, more than 300,000 participants from 52 countries have marched down the same 3-kilometer path leading from Auschwitz to Birkenau on Holocaust Memorial Day as a tribute to all victims of the Holocaust. Over the last 30 years, high-profile participants have included Israeli Prime Ministers, Presidents, Members of Knesset, Chiefs of Staff, and Ministers, as well as Presidents, Ministers of Education, intellectuals, and educators from around the world. 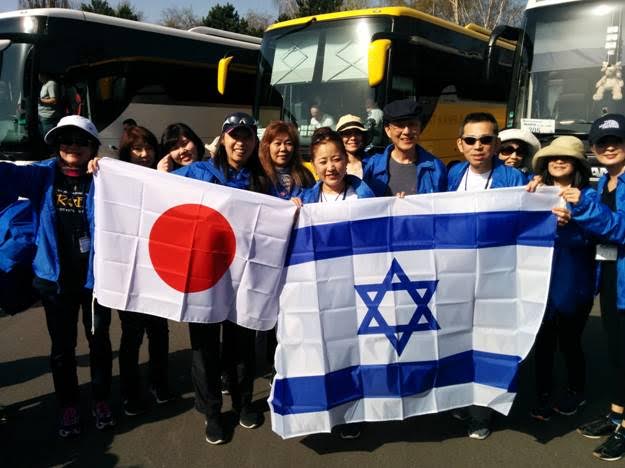 This year’s record-breaking contingent of more than 12,000 youth and adults from around the world, both Jews and non-Jews from 14 countries – including Argentina, Canada, the United States, Poland, the UK and Japan – accompanied the honorary delegation of 70 Holocaust survivors for the moving, meaningful and historic march.

In his closing ceremony remarks, Dr. Rosenman stressed that the tears being shed at the march and the good intentions of all the participants would not be “good enough” in the global fight againts evil, racism and discrimination and urged all of the youth present to take action for the sake of the entire human race. “I ask that each one of you make a sincere pledge, that you will help create a better world for all humanity, so that no nation, no people, should ever have another Auschwitz, a Majdanek or a Treblinka built for their destruction. Let us also join hands with our brave survivors and pledge to them that we will always remember their stories, their pain, and their suffering, and we will pass on these lessons to the next generation so that they will never be repeated.”

Prior to the march on Holocaust Memorial Day, the participating youth delegations – comprised of both Jews and non-Jews – visited ghettos, monuments and death camps to learn about life in Europe prior to World War II, the Holocaust and the suffering of its tens of millions of victims. Following the march, the participants continued on to Israel for a week of study that will culminate in Israel’s Independence Day celebrations. 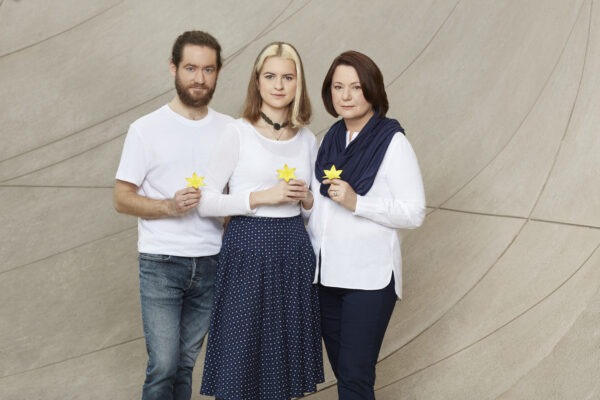