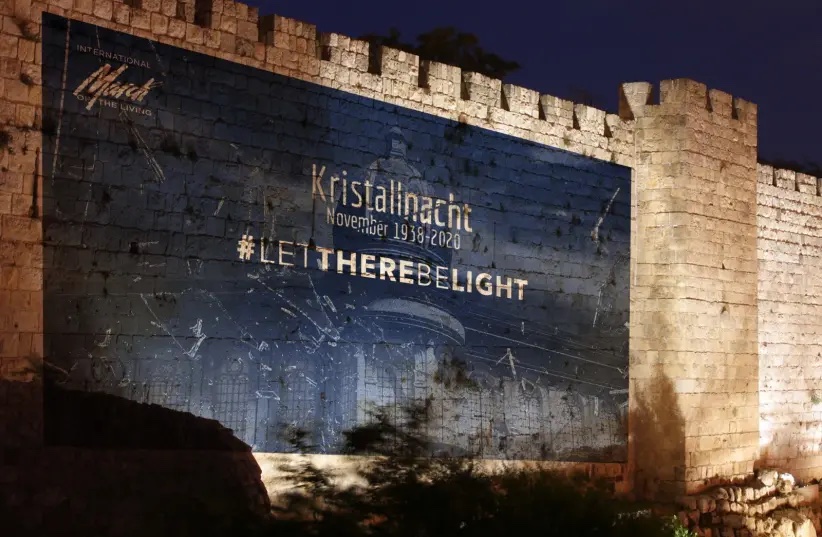 On the night of November 9th-10th 1938, the Nazis organized the murder of Jews and the burning of 1,400 synagogues and Jewish institutions in Germany and Austria as part of the Kristallnacht pogrom. This event is one of the seminal moments that led to the Holocaust.

To mark this historical event and to stand in protest against the rise of antisemitic events and hate crimes, International March of the Living announces the continuation of its ‘Let There Be Light’ global initiative and invites individuals, institutions and houses of worship to leave the lights on during the night of November 9th, as a symbol of mutual responsibility and the shared struggle against antisemitism, racism, hatred, and intolerance.

“Over the last year we have witnessed a frightening rise of global antisemitic rhetoric and events. As the torchbearer of memory, the March of the Living’s mission is to remind the world what happens when antisemitism is left unchecked,” said Phyllis Greenberg Heideman, President of International March of the Living. “The ‘Let There Be Light’ initiative unites the world, if even for a single moment, against antisemitism, hatred, and racism in all its forms. Our educational mission is today more necessary than ever.” 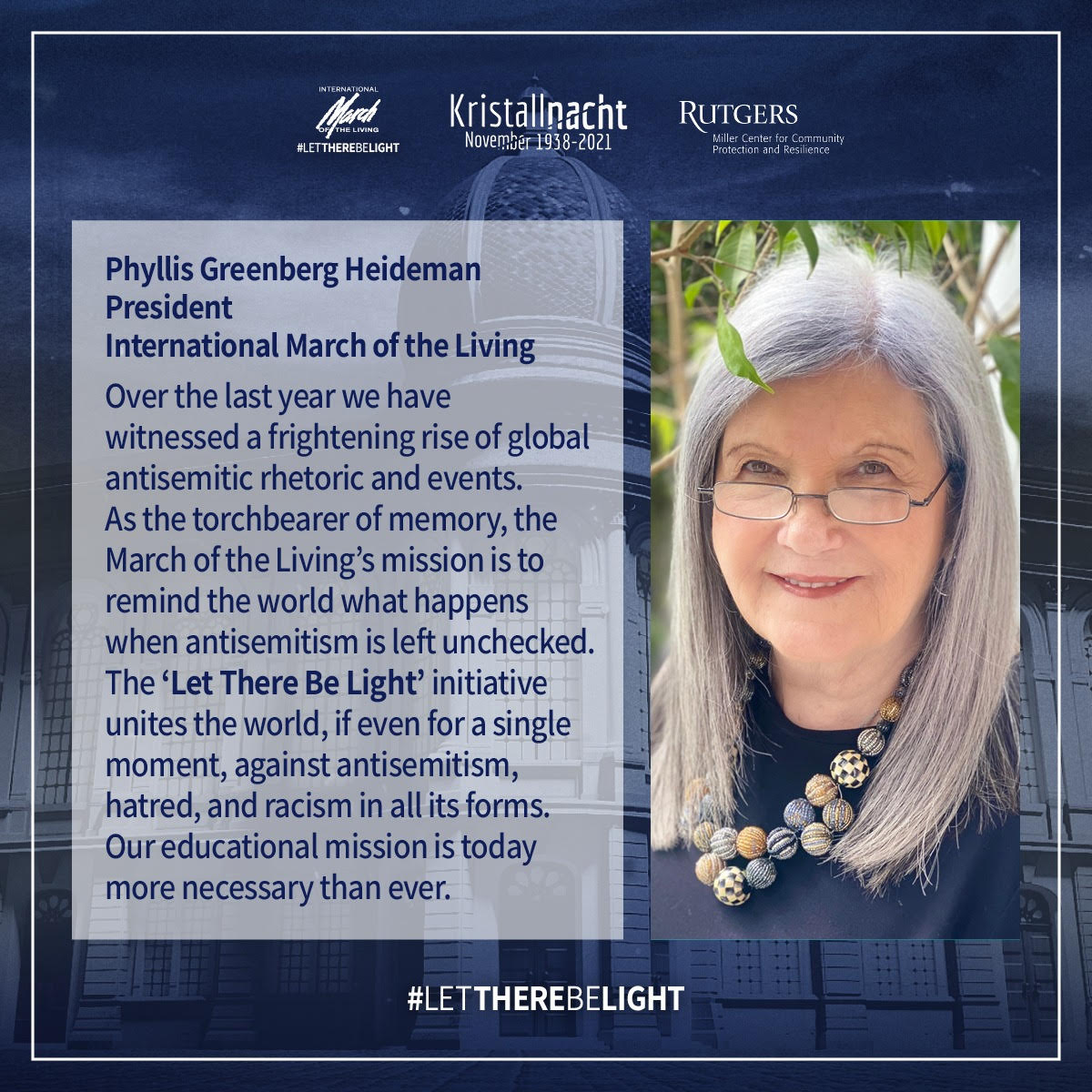 Last year thousands of houses of prayer across the world took part in this initiative and left a symbolic light on during the night of November 9th. Messages of hope were projected onto the walls of Jerusalem’s Old City and onto Coventry Cathedral in Britain, which was destroyed by the Nazis during the Second World War. Through this unique virtual initiative, people around the world can once again join this important call to action.

This initiative continues against the backdrop of rising antisemitism already witnessed throughout 2021. 38 incidents were reported by the Combat Antisemitism Movement last week alone, including the drive-by shooting of a yeshiva student in Brooklyn, the evacuation of the Jewish Community Center in Albany, New York following a bomb threat, an assault on an Israeli in Berlin who had irritant sprayed in his face after being asking about his religion, and an attack on a Jewish man leaving his North London Synagogue. Furthermore, a Toronto store was vandalized with graffiti reading “This is a Nazi country,” next to a Star of David and a Rabbi’s car was targeted with an antisemitic slur and swastika graffiti at Santa Monica College in California.

In supporting this initiative, Facebook Chief Operating Officer, Sheryl Sandberg, said that Facebook sees great importance in doing so as part of its overall policy to fight antisemitism, “It is unacceptable that Jews are afraid to go to synagogues, afraid to wear a kippah, or to wear a chain with a Star of David in public. Jews across the world live in fear every day and absorb violence and threats.  Sandberg added that Facebook is working on several fronts in the fight against antisemitism. “We are proud to support Holocaust education initiatives such as the International March of the Living’s ‘Let There Be Light’ initiative to commemorate Kristallnacht through the call to leave a symbolic light on during the night of November 9th.” 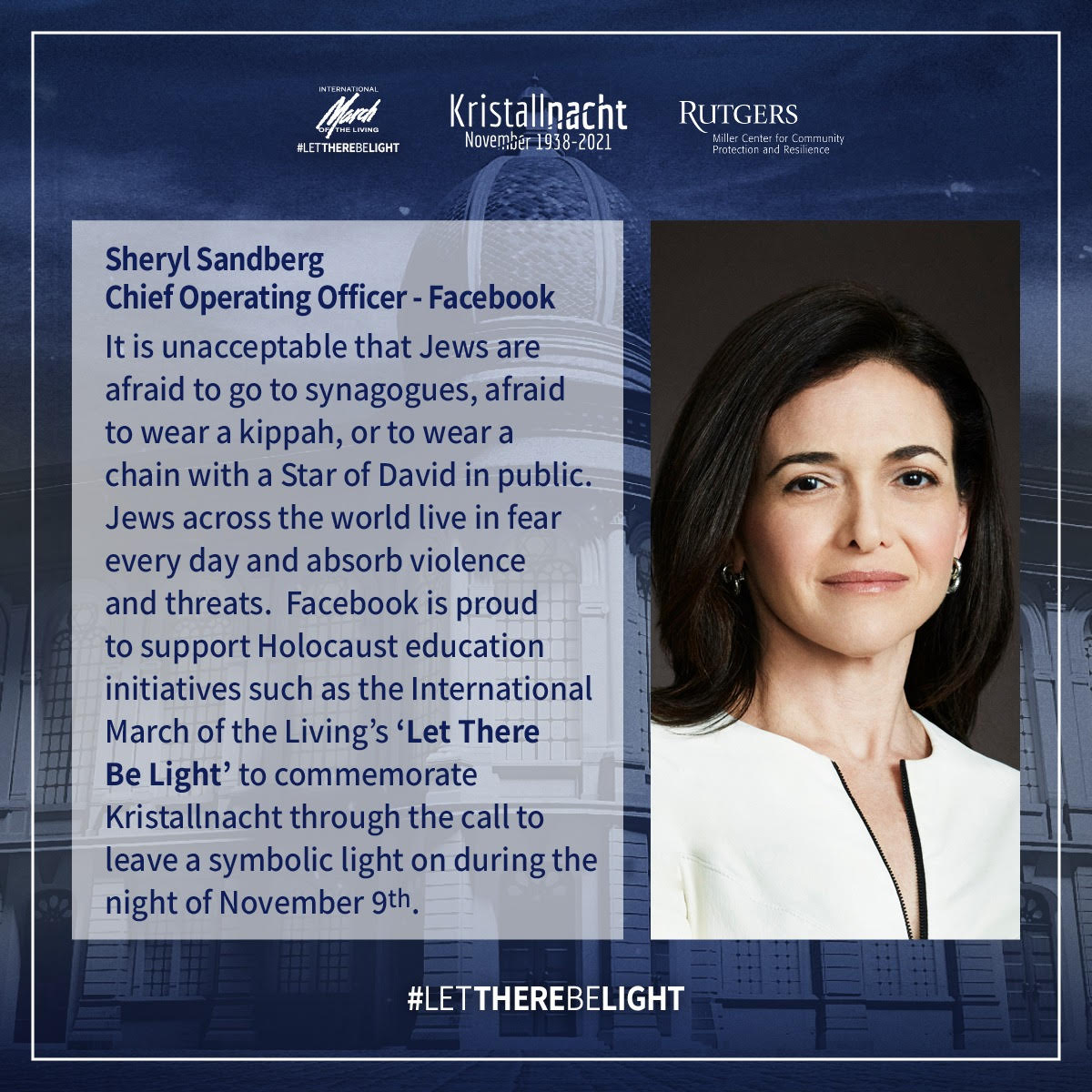 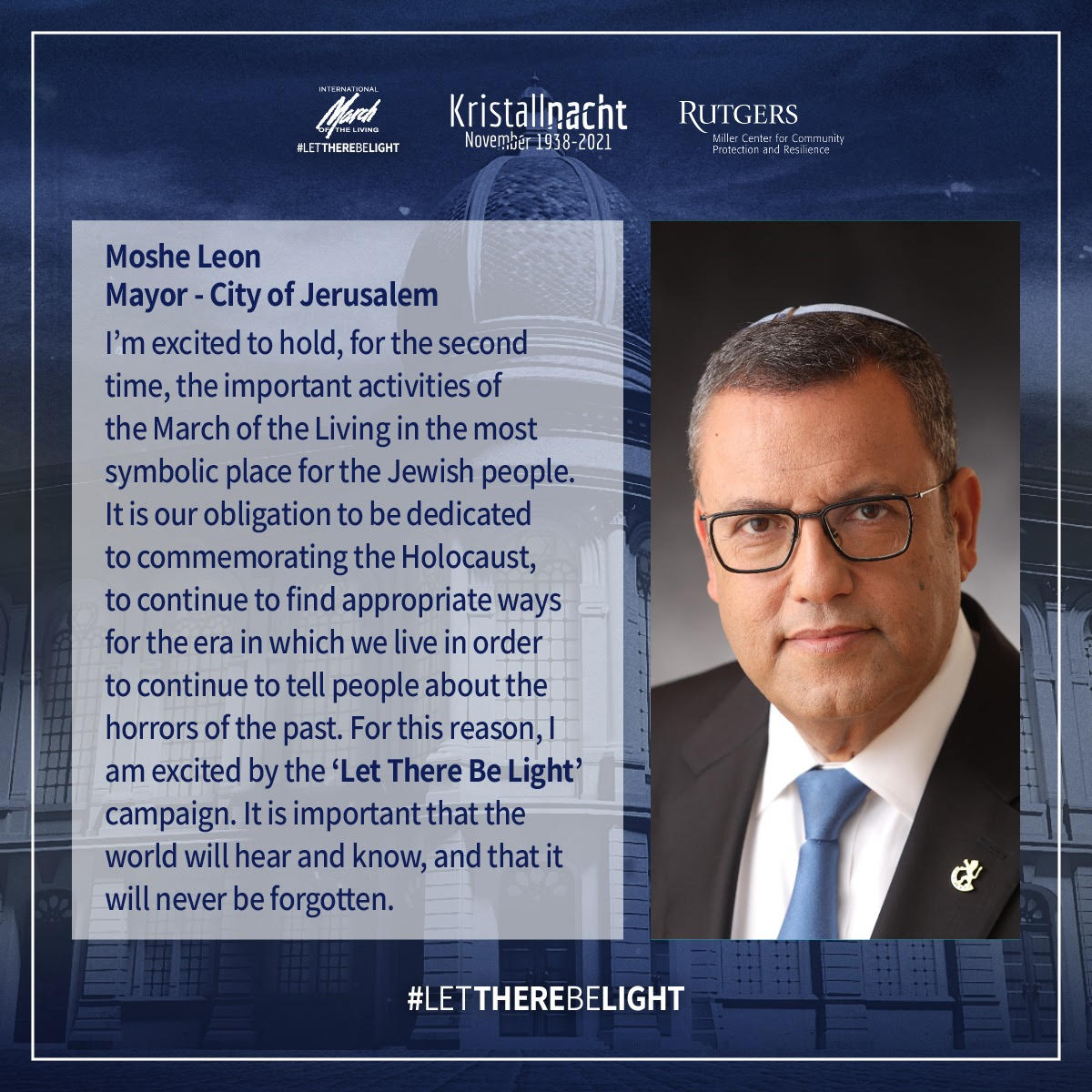 Jerusalem Mayor, Moshe Leon: “I’m excited to hold, for the second time, the important activities of the March of the Living in the most symbolic place for the Jewish people. It is our obligation to be dedicated to commemorating the Holocaust, to continue to find appropriate ways for the era in which we live in order to continue to tell people about the horrors of the past. For this reason, I am excited by the ‘Let There Be Light’ campaign. It is important that the world will hear and know, and that it will never be forgotten.”