I will never forget the moment I found shoes in Auschwitz. We must preserve the children’s shoes. 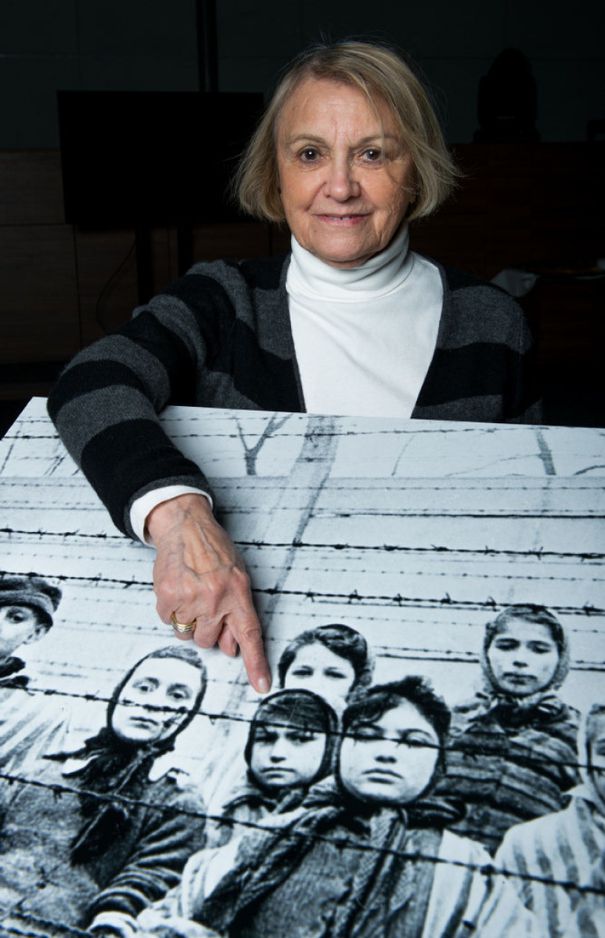 Holocaust survivor Paula Lebovics asks the world to join the campaign to preserve and save 8,000 children’s shoes that still remain in Auschwitz

“Toward the end of the war I found mismatched shoes in the camp. I was so proud of myself to find two felt boots. They were not a pair, and one was much too large, but as I had nothing, for a moment I considered myself rich”.

Paula Lebovics, born Pessa Balter, had a happy early childhood. Born in September 1933, she did not know at the age of five that a war had started, one that would destroy her life as she knew it. She lived in a religious home; her parents worked in her grandfather’s shoe store in Poland until 1940 when soldiers came and told her family that their part of the city was not for Jews. Her family was banished to a single room in the open ghetto.

Her brother Herschel planned his escape. Two sisters, ages 16 and 18 declined to join him because they did not think it was safe. They were never heard from again – they were murdered in Treblinka. Pessa was hidden for months and suffered gnawing hunger and a numbing cold. Eventually she was captured by Ukrainian soldiers and taken to the Germans.

At the age of 10, she was herded onto a cattle car, packed with other unfortunates and taken to Auschwitz. The women were cast into a room and subjected to searches. Then she was tattooed. She survived on starvation rations of watery gruel and black bread, and singing, to bolster the spirits of her fellow prisoners. When Dr. Mengele came to select subjects for his infamous experiments, she practiced her skills at being invisible. Pessa heard that her brother was across the electrified fence and found him. When they found that their mother was gravely ill, he passed food for her across that fence to Pessa. Others, unsuccessful at negotiating the fence were seen hanging on it every morning, electrocuted, dead.

Paula also lost her father, who was taken to the gas chamber on September 11, 1944, the second day of Rosh Hashana, and her sisters Chaya and Chana, who were murdered at the camp.

Then, one day, all the adults were marched out of the camp, a Death March. Left with the younger children, Pessa’s only food for 10 days was a moldy bit of bread she had found. Allied bombs were starting to fall and knocked out the powerhouse. Along with others, she returned to the camp and in an abandoned storeroom she put on as many clothes as she could manage to protect herself against the winter cold.

Darkness found her scrambling through a mound of mismatched shoes and she was so proud of herself to find two felt boots. They were not a pair, and one was much too large, but as she had nothing, then found something, for a moment she considered herself rich.

Finally on January 27, 1945, Russian soldiers liberated the camp. She once again found her mother. Her brother Herschel once again came to the rescue and got them to a displaced persons camp in Germany. There, she enrolled in Hebrew school, the first real school she ever attended, at age 12.

“I was among a handful of children who survived Auschwitz”.

Of the over 1.5 million children murdered in the Holocaust, more 200,000 of them were murdered in Auschwitz. Children who once laughed, played, and loved and were loved. 8,000 shoes, in which they came with, are now almost all that remain of their memory, but they are in danger of disappearing forever. They are in desperate and immediate need of repair and conservation.

CLICK HERE and join Paula in the global campaign to preserve and save Auschwitz children’s shoes. Together we will preserve the memory and to defend history.