How the March of the Living began by Holocaust Survivor, Noah Klieger| 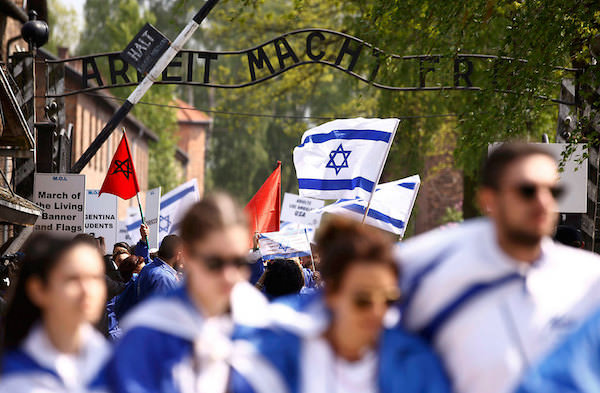 March of the Living. An educational tool for the young generation (Photo: Reuters)

His name was Henri Roques, and in 1987 he sparked an international scandal when the University of Nantes in France awarded him a doctorate for a thesis in which he denied the Holocaust. A young Knesset member decided at the time that something had to be done in “response” to that insult. A few years later, by the way, the university revoked Roques’ PhD.

The young MK considered the possibility of a proper response for a long time, and eventually reached the conclusion that a symbolic march should be organized from the Auschwitz concentration camp to Auschwitz II-Brikenau in an act of defiance which demonstrates that while the Germans exterminate millions of Jews, the Jews are alive again. 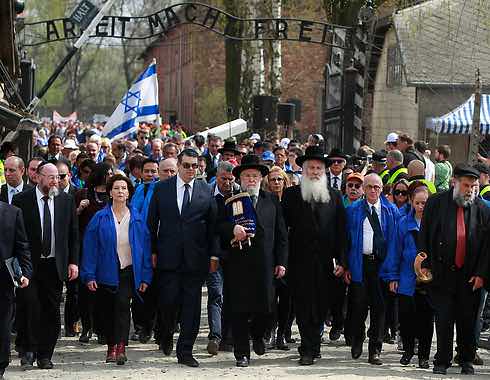 Rabbi Yisrael Meir Lau leading the March of the Living in 2015 (Photo: AP)

The man who invented this important and great enterprise, the MK, was Abraham Hirchson, who went on to become Israel’s finance minister and even spent a few years in jail. His idea developed and became an integral part of the post-Holocaust Jewish tradition.

I have personally participated in 27 of these marches (I didn’t travel there this year due to health issues), and I remember that in the beginning I was joined by 30 other Holocaust survivors.

Slowly, many of us passed away, and in recent years, the number of survivors on the march has dwindled into just two: Rabbi Yisrael Meir Lau and myself. I have promised my last friend-partner, Rabbi Lau, who always leads the march, that next year, God willing, we will march together again.

Today, the organization is led by Dr. Shmuel Rosenman and Aharon Tamir, who are keeping up with the tradition that was born nearly 30 years ago because of that outrageous thesis.