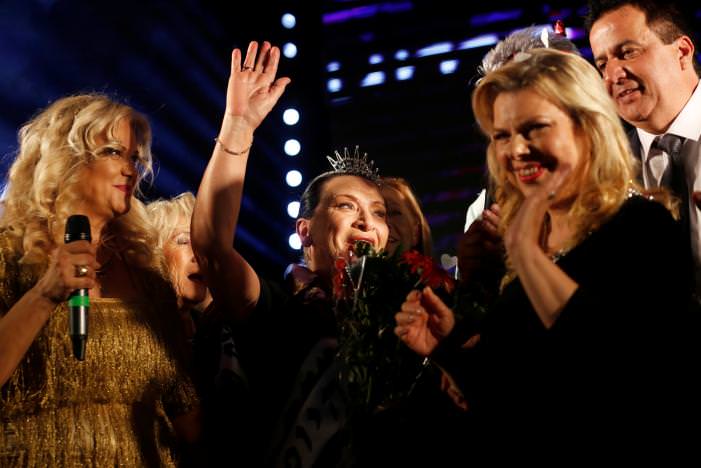 Their hair styled and make-up applied, a group of elderly women carefully take to a red carpet catwalk, waving, blowing kisses and posing for pictures to cheering crowds.

Wearing dresses adorned with sashes, the women strut down the runway, at times assisted, for the fourth Holocaust survivors’ beauty pageant, a contest in Israel honoring those who saw the horrors of World War Two when they were young.

Fourteen women took part in this year’s pageant, held in the northern city of Haifa earlier this month.

“Tonight we’re letting some women who survived the Holocaust have something that was robbed from them in their youth,” said David Parsons of the International Christian Embassy in Jerusalem, a sponsor of the Helping Hand group which organized the event. “We want to give something back to them tonight it’s for them to enjoy.”

Walking along to tunes like “Pretty Woman”, the participants included German-born Malka Gorka, 73, who came to Israel in 1948 with her parents and Hungarian-born Carmela Ben Yehuda, 89, who arrived in British-run Palestine in 1945 after surviving the Nazi German Auschwitz death camp.

Judges named 75-year-old Russian-born Anna Grinis, who was two-days old when the war started, as the winner.

“When my mother was alive, she always used to tell me about this period (when) we ran way from Moscow … and there was nothing to eat there,” she said. “We barely survived.”

Some commentators and survivors have said the event cheapens the memory of the Holocaust, in which six million Jews were killed by the Nazis. They say a beauty contest is a superficial way to acknowledge the hardship the women went through early in the lives, and point out that it might just as well involve men.

Participants and judges say critics are missing the point, saying the contest is about recognition and respect rather than beauty.