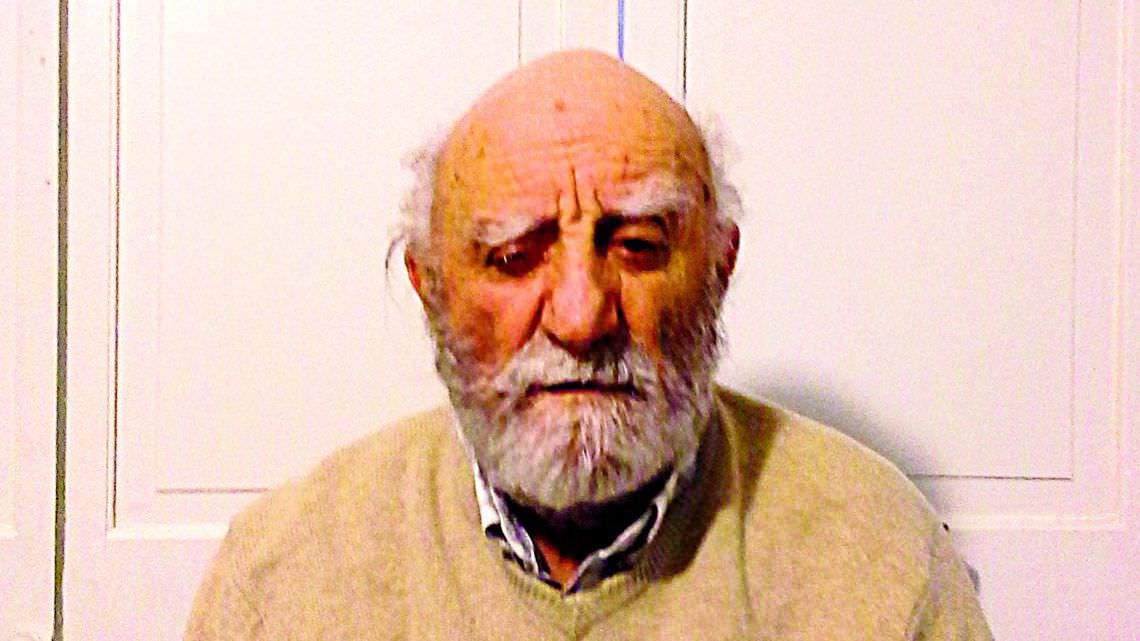 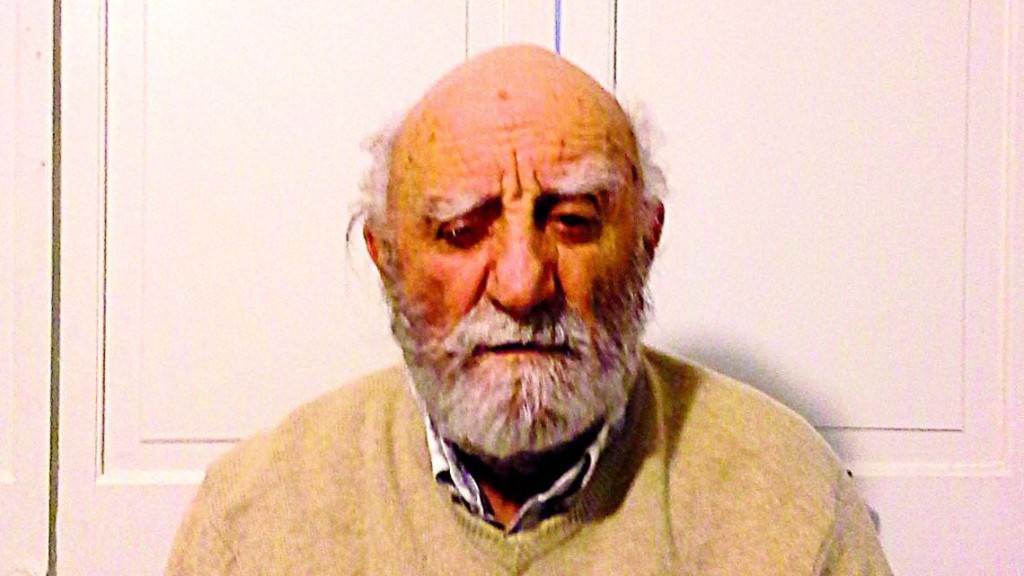 Seventy-eight-year-old Izrail Gelman received $70,000 in Holocaust restitution payments from the German government over nearly 20 years. Now, the Conference on Jewish Material Claims Against Germany, which distributed the money, is demanding it all back.

He has until March 10 to make the payment.

“He has no way to pay,” said Alexander Gelman, Izrail’s brother. “We came from Russia with nothing.”

A Ukrainian-Jewish immigrant to Brooklyn, Gelman had a heart attack soon after fleeing the Soviet Union in the early 1990s. Once a high school math teacher, he had health problems that kept him from ever finding work in the United States. Instead, Holocaust restitution payments out of the so-called Article 2 Fund distributed by the Claims Conference, along with money from the federal Supplemental Security Income program, have helped keep him and his wife alive.

Now, the Claims Conference is charging that Gelman lied in his application for restitution. Instead of spending the years of 1941 to 1944 in a ghetto in the Ukrainian city of Zhmerinka, as Gelman claimed, the Claims Conference believes he was actually evacuated to the city of Bugulma, in what is now the Russian republic of Tatarstan, and was therefore not eligible for German assistance.

Gelman insists that he really was in the ghetto, and he has been attempting to prove it since the Claims Conference made its first allegations against him in 2012 and stopped his restitution payments. The process of rebutting the charges and restoring the payments, however, has been Kafkaesque. The Claims Conference gave Gelman a chance to appeal its decision to an arbitrator it appointed, but never provided him or his attorney with any written guidelines, rules or protocols for the arbitration process, despite repeated requests.

When the arbitrator eventually denied the appeal in December 2015, Gelman’s lawyer, Laura Davis, says he didn’t even address the arguments she had made in Gelman’s defense.

“It’s a complete kangaroo-court-type situation,” said Davis, who is director of Holocaust compensation at the New York Legal Assistance Group. “The Claims Conference is in control of the entire process, and is not willing to share even the most basic information.”

It’s unclear how many people have gone through the process. The Forward has learned of at least two other cases in which attorneys for restitution recipients accused of fraud were unable to get any guidelines governing appeals from the Claims Conference. In both cases, as with Gelman, their appeals were rejected.

Asked for its guidelines and procedures for adjudicating appeals in cases where restitution was stopped over fraud allegations, the Claims Conference told the Forward that the guidelines are “under review right now.”

“They have a set of guidelines that they’re working under right now, and they’re just not posted, but they will be posted,” a Claims Conference spokeswoman told the Forward. She would not provide the guidelines that are currently in effect. She said she did not know when the review would be complete.

The spokeswoman asked if it “made sense” for the Forward to “hold off” on its story until the Claims Conference posted the guidelines.

But with Gelman’s appeal rejected under whatever procedures were in effect during his arbitration, the Ukrainian immigrant’s March 10 deadline to repay $70,587 is fixed and firm, according to the letter the Claims Conference sent him in December.

“It’s bitter,” said Alexander Gelman. “He’s bitter that they don’t believe him, and that he has to suffer.”

Alexander Shindler, an attorney in private practice in New York, said that he also recently represented an elderly client who is facing a clawback of Article 2 Funds. Like Davis, he described the appeals process as opaque.

“I’ve done arbitrations before,” said Shindler, who declined to name his client at the client’s request. “Everybody has rules and specific protocols. And in this case there was nothing. And when I asked, they said, we don’t really have it, sorry.”

Izrail Gelman, who was unable to speak with the Forward due to health concerns, insists that his restitution claims were legitimate.

Born in Zhmerinka in 1937, Gelman claims he lived in the Zhmerinka ghetto while the region was under occupation by the pro-Nazi Romanian government from 1941 through 1944. Alexander Gelman, who was born after World War II, said that Izrail lived in a one-room house in the ghetto with their mother, aunt and grandmother. Alexander said that Izrail saw their grandmother’s brother killed on the steps of his house during this period. Their mother died a few years after leaving the ghetto.

“He didn’t remember as much hunger in the ghetto as fear,” Alexander Gelman said of his brother. “He lived in fear for four years.”

In 2012, the Claims Conference told Gelman it had gathered documents that disproved this narrative. In a 2014 memorandum, the group laid out its evidence: a “biographical statement” that Izrail Gelman submitted as part of his application to Chernivitsi National University in the 1950s, in which he wrote that he had been evacuated to Siberia during the war, and records from the Russian Ministry of Defense that said that, in 1942, Gelman’s mother had lived in Bugulma, not in the ghetto in Zhmerinka.

In his response to the Claims Conference, Gelman, through his attorney, Davis, disputed the veracity of the new documents. Gelman said he had lied in his university biographical statement because those who stayed in occupied zones during the war were, at the time, suspected of disloyalty to the Soviet Union. Admitting he had spent the war in the Zhmerinka ghetto could have kept him from being admitted to the university.

“If you were in occupied territory, it was a stain on your biography,” Alexander Gelman said.

As for the Ministry of Defense record, Gelman maintains that it is mistranslated, and that other documents from the same source confirm that Gelman’s mother was living in Zhmerinka.

In addition to disputing the Claims Conference’s evidence, Gelman and Davis introduced some of their own. They asked both the Red Cross Tracing and Information Center and Yad Vashem, Israel’s Holocaust memorial and archive, for records of Gelman and his mother being evacuated from Zhmerinka during the war. Neither archive found any such record, a fact that Davis presented as evidence to the Claims Conference to prove they had remained in Zhmerinka.

The process, according to Alexander Gelman, has been trying for Izrail. “He was devastated” by the Claims Conference’s charges, Alexander said. “He goes berserk talking about it.”

In the meantime, Davis found herself drafting appeals without understanding the rules of engagement. In an email to the Claims Conference in July 2015, one of a series of requests for information about the appeal guidelines, Davis wrote: “In writing an appeal, it is important to know which party, the Claims Conference or the survivor, has the burden of proof… At this point, that basic information is unavailable.”

She never received formal guidelines in response. A Claims Conference official wrote back that “this is not a ‘court’ process…. There is no legal right for payment.”

On December 11, a year after submitting her response to the Claims Conference’s charges against Gelman, Davis was sent the arbitrator’s four-page decision. The first three and a half pages repeat the background of the case. In its final two paragraphs, the decision seems to accept Gelman’s explanation for the university biography, but not the military records. Calling the military records “highly reliable,” it says that they “establish that in 1941 [Gelman] was evacuated from Zhmerinka to Bugulma.”

The decision does not address Gelman and Davis’s claim that the military records are mistranslated or that other records contradict them. It also does not mention the new evidence from Yad Vashem and the Red Cross that, according to Davis, provides new support for Gelman’s case.

The arbitrator in the case, Leonard Orland, a retired law professor at the University of Connecticut, did not respond to a request for comment from the Forward.

“It’s terrifying” for Gelman and others in his position, Davis said. “These are people who lived through the Holocaust.”