Holocaust Survivors Return to Germany: The first delegation of March of the Living since the outbreak of the Corona Pandemic

Mala Tribich, a native of Poland, who was imprisoned in Ravensbruck concentration camp in Germany and was liberated from Bergen-Belsen:

“Now I have completed the cycle of visiting the terrible places in my life.”

25 OCTOBER – BERLIN: Today, a March of the Living delegation from Britain embarked on its first educational journey since the outbreak of the Coronavirus pandemic. The delegation included four Holocaust survivors and around 80 participants – Jews, and non-Jews – aged 20-90. The delegation visited Berlin, Ravensbruck women and children concentration camp, and Bergen-Belsen.

The Holocaust survivors who led the delegation were Mala Tribich, Eve Kugler, Alfred Garwood, and Harry (Chaim) Olmer, all of whom live in Britain, and most of whom have taken part in several UK March of the Living Delegations to Poland in the past.

Mala Tribich returned to Ravensbruck concentration camp for the first time since she was imprisoned there in December 1944 when she was 14 years old. Mala told participants what she had been through: “It took us a number of days to arrive by train. I was 14. I remember the camp was very organized. We got here and our heads were shaved. We all looked the same. Within seconds, they took our identity. This is one of the hardest moments I can remember. I also cannot forget the cold that penetrated our bones. There was no way to warm up. The winter in Germany was freezing. People died next to me from cold and hunger. We got half a slice of bread and soup every night in the evening. 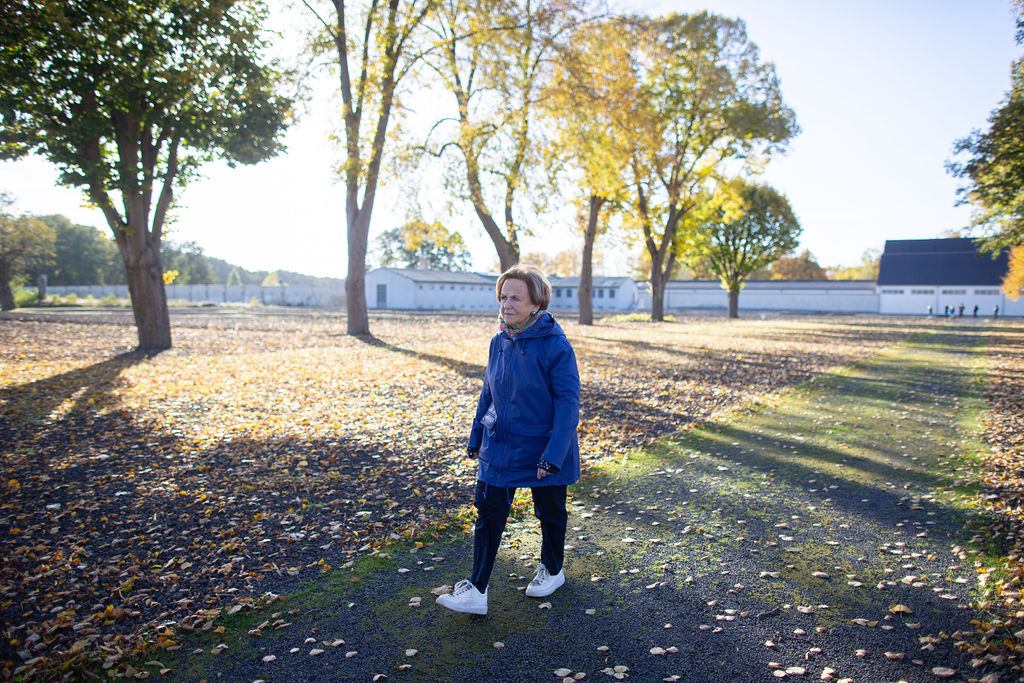 “It hurts a lot to be back here, but I admit I had to do it, even if only to remember the victims. I feel that if we do not mention them, they will be forgotten, as if they never lived. As the generations go by, this is the way to make sure the victims are not forgotten, and the memory continues. I am hopeful that this is what it will be… that they will never be forgotten. I have now completed the cycle of visiting the most horrible places in my life,” said Mala as she left Ravensbruck.

Mala, like many others, was transferred from Ravensbruck to Bergen-Belsen after a few months. She remembers the long column with many women and few children who were put on the trucks to Bergen-Belsen: “Arriving, the first thing I noticed in the camp was the smell and the smoke. There were corpses everywhere, in piles, it was a horror show. People walked around like zombies.”

When asked about if she remembers the liberation, Mala said: “I was ill with typhus and I remember lying on my upper bunk by the window in this children’s home and, you know with typhus you’re unconscious most of the time, it is a terrible illness. I remember opening my eyes and I could see people running and I didn’t know where they were running or why. But all I could think is, how do they have the strength to run?”

During the visit, a ceremony was held with the participation of Colonel Dickie Winchester, Royal Artillery, representing the role of the British Army in the liberation of Bergen-Belsen, and in the role of 64th Anti-Tank Regt Royal Artillery and 113th Light Anti-Aircraft Regiment. Colonel Winchester was joined by Lieutenant Colonel Simon Ledger (Ret.) of the 13th/18th Royal Hussars, the lead Armoured Regiment nearby in 1945 that were informed of the horror of Bergen-Belsen and their Reconnaissance Troop was sent to assess the camp. Both men laid wreaths as representatives of the British Army.

They noted, “This place is of deep importance to us. For 70 years (until 2016) we had a base near Bergen-Belsen and all the soldiers came here to learn what had happened. The memories of the soldiers who liberated this camp are difficult, very difficult. On behalf of the British Army and our unit that liberated the camp, we are proud to return here today along with Holocaust survivors who were liberated from Bergen-Belsen and later moved to live in Britain.”

“Spending time at this camp has had a huge impact on my life. Today I am moved beyond words. Seeing the young people on this trip is so inspiring,” Col. Ledger told the delegation. 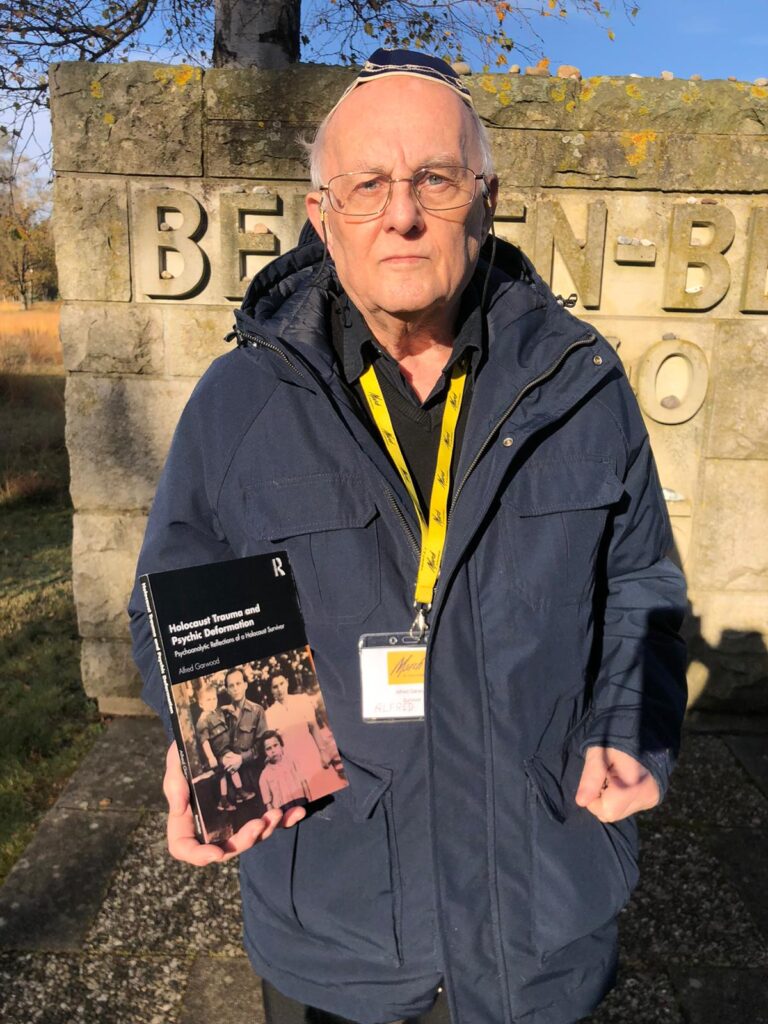 Alfred Garwood, accompanied the group, and as a small child was in Bergen-Belsen: “I was born into the war and was almost 4 years old when I was liberated. Children were with their mothers, and I survived in part because my mother managed to breastfeed me. It was a miracle. There were a lot of children in the camp. We played near the corpses. We suffered quietly. The ones who cried were killed. My friends died next to me. I’m coming back here today to tell the story of myself, my family, and many victims. That memory will never be forgotten.”

Scott Saunders, chairman of March of the Living UK, said “accompanying the survivors to Germany after all these years was essential. Bergen-Belsen holds an important and dark place in British history, and today we honoured the survivors and the British armed forces involved in their liberation. We have spent time in Germany exploring the rise of Naziism and how even in one of the most cultured countries in the world, hatred went unchecked and led to one of the worst atrocities in human history. In Bergen-Belsen we learned not only of the horrific deprivation and death but also about the Displaced Persons Camp which existed here after the war, and began the revival of Jewish life. At one point, there were more births per capita here than anywhere else on earth.”