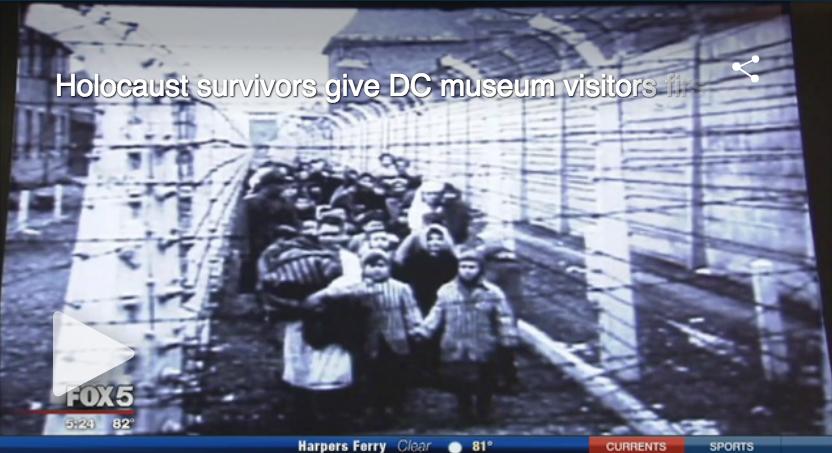 WASHINGTON – It was 75 years ago when the Nazis invaded the Soviet Union and rounded up Jewish citizens. Rita Rubenstein, who currently lives in Maryland, is one of those Holocaust survivors. She is part of a unique program at the United States Holocaust Memorial Museum in Washington D.C. called First Person – a series of conversations with survivors that allow an audience to hear firsthand what Holocaust survivors went through.

Born in Romania, Rubenstein was a little girl when she last saw her father.

“They conscripted all the able body men into the Army,” she said. “And of course, my father was one of the able bodied men. That was the last time I was to see him. I was four and a half [years old] at the time. Our happy family life really changed. We had to close the store. I was no longer free to play in the streets.”

Shortly after that on June 22, 1941, the Nazis invaded the Soviet Union, including her hometown of Vashkivtsi. She recalled the day they were forced from their homes.

“I hated putting on all those clothes,” Rubenstein said. “It was a horrible time just leaving everything behind.”

She added, “I saw death in the streets. The sadness of people and hearing about my grandparents – that was a horrible thing – and the way they were murdered.”

Her uncle discovered they were headed for a death camp. But her grandmother’s quick thinking of sewing money into their undergarments allowed them to bribe a soldier to help them escape.

“We were able to buy ourselves some time and go to the ghetto instead,” she said.

Rubenstein and what was left of her family would spend the next three years in the ghetto enduring endless hardships and serious health conditions. Eventually, they were able to get to a displaced persons camp in Germany before finally immigrating to the United States.

She understands today’s modern day refugee crises like few do. She believes it is essential young people today learn about the history so this never happens again.

But given the current state of our world, with organizations like ISIS and the modern day anti-Semitic movement, Rubenstein believes it could happen again.

“I hate to leave my children and grandchildren with such a legacy,” she said. “Every Muslim is not bad. Just like every German is not bad. There are a lot of good people. We all have some evil in us and good, but we have to have to conquer the evil and be good, be kind to one another.”

This program happens at the museum every Wednesday and Thursday through August. It is an annual program that runs from March to august and is free and open to the public. But as the Holocaust survivor population ages, this is a program that won’t last forever.