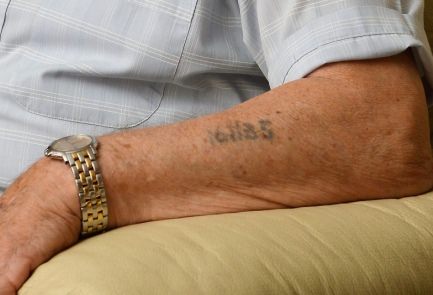 Funds yielded from sale of Bank Leumi shares held by Holocaust Restitution Company of Israel as part of legal settlement which nearly doubled shares’ value • Additional benefits to be paid to survivors in need starting this month.

According to the Restitution Company, the shares sold were part of a legal settlement reached with the Jewish Colonial Trust, the parent company of Bank Leumi. The sale of the stocks yielded NIS 278 million ($72.1 million) in total, and the remainder of the proceeds will also be diverted into the survivors’ fund.

In 2015, the stocks were valued at NIS 148 million ($38.4 million), but as part of the stalemate, they nearly doubled in value, affording survivors twice the amount in restitution, which would not have been made possible had the Holocaust Restitution Company not taken legal steps to release the funds held by JCT, the company said.

The Holocaust Restitution Company sued JCT to release the funds, and agreed, as part of the settlement, to receive millions of Bank Leumi shares, as well as a cash payment from JCT.

Also on Tuesday, the Holocaust Restitution Company announced the World Zionist Organization will transfer NIS 9.5 million ($2.5 million) to it fund, which would be earmarked in full to support Holocaust survivors in need. Other fees the WZO will pay the company amount to some NIS 1.5 million shekels ($390,000).

The company noted it expects the total amount earmarked for Holocaust survivors to increase to NIS 278 million.