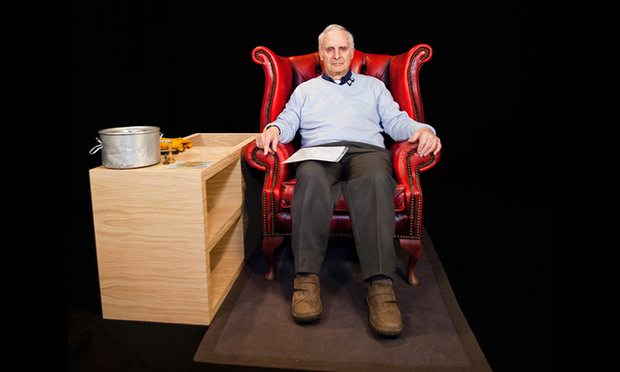 “What was the first thing that made you smile after the Holocaust?” A cup of tea made with sweetened condensed milk, says Frank; it was “nectar from the gods”.

Another asks: can you forgive? Frank says: “You will never, ever forget what they have done to you, but you have to start to forgive. Until you start to forgive and get that hatred out of your system, you will not live at peace with yourself.”

As well as answering a series of questions, Frank shows the children some small objects he has brought. They include a crucifix given to his Jewish mother by Catholic neighbours in Nazi-occupied Amsterdam more than 70 years earlier before the family was taken to the Theresienstadt concentration camp.

But the extraordinary thing about this interaction is that Frank is not actually present. Instead, a lifesize 3D laser image of him is answering the children’s questions in real time.

This innovative technology, launching this week at the UK National Holocaust Centre and Museum, near Newark, Nottinghamshire, preserves the testimonies of Holocaust survivors for future generations.

The Forever Project has filmed 10 survivors, now in their 70s and 80s, each answering up to 1,400 questions, compiled from those put by thousands of children over the past 21 years.

The software instantly matches questions asked by a live audience with the pre-recorded answers, resulting in interactive conversations between children and survivors for years to come.

“The individual dimension [of survivors’ testimony] makes children’s understanding of the Holocaust real and more meaningful,” said Phil Lyons, the centre’s chief executive. “Survivors are key to what we do, and the question we faced was how we go beyond the time when first-hand testimonies are no longer available to us?”

The youngest Holocaust survivors were now in their 70s, he said. As well as inevitable deaths, some were finding it increasingly difficult to find the physical and mental reserves to take part in question-and-answer sessions.

Such sessions, said Lyons, were emotionally engaging for both the survivors and the children. “Children ask all sorts of things, some totally insensitive, some fantastically insightful.”

After questioning Frank, Talor, 11, from Brookfields primary in Shirebrook, said: “It’s a really good experience to talk to someone who’s actually been to the Holocaust … It looks like he’s there in the room with you. He has lots of memories.”

Sarah, also 11, said the session had left her “a little bit sad because what he was going through was really horrible”.

Joan Salter, 76, was three months old when the Nazis invaded Belgium, where her Polish-Jewish parents had fled. Then called Fanny Zimmetbaum, she and her family made their way across France, aided by the resistance, heading for Spain before being captured in the Pyrenees and imprisoned. 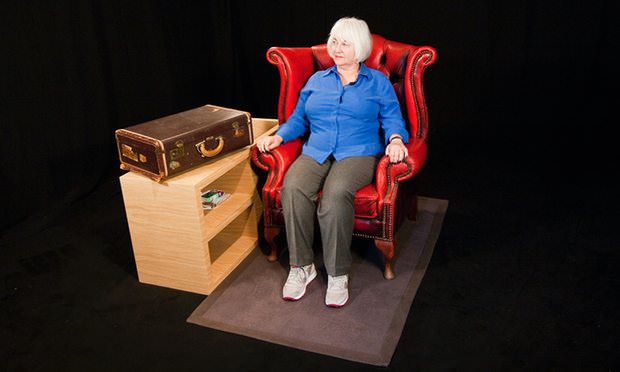 At the age of three, she was rescued by the US committee for the care of European children and adopted by an American couple. Several years after the war, her adoptive family discovered her birth parents had survived, and she spent the rest of her childhood unhappily shuttling between the US and the UK.

Earlier this year, Salter spent five days being filmed for the Forever Project. “There’s nothing that throws me,” she said, having spent years giving testimony and answering questions. “It’s like talking about a different child. They can ask me anything.”

The Holocaust centre was “a very uplifting place”, Salter said. “The emphasis is as much on survival as victimhood. You can drag victimhood like an anchor through your life.”

About 25,000 school children pass through the centre each year. Its educators strive to link the horrors of the Holocaust to issues faced by communities today, such as migration, hate crime and extremism.

“We try to help children understand that this is about you and me, families, communities, and how it has meaning today,” said Lyons.

For example, the children from Brookfields primary live in a place once dominated by coal mining and now by Sports Direct, whose workforce includes thousands of eastern Europeans. The area voted overwhelmingly for Brexit. 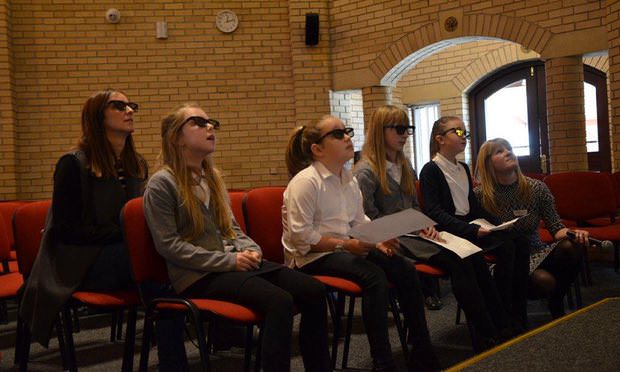 There are also large Muslim communities in nearby cities such as Leicester and Rotherham. “We have lots of Muslim children coming through the centre who have clearly experienced heightened levels of animosity,” said Lyons. The centre runs courses on hate crime, which are oversubscribed, he added.

The centre hopes to eventually take the Forever Project on the road, mainly to visit schools. Other museums and heritage organisations have expressed interest in adapting the pioneering technology to preserve witness testimony.

The project is open to school visits now, and members of the public will be able to book from the end of January.