Holocaust survivor in Lincolnshire reflects on his experience 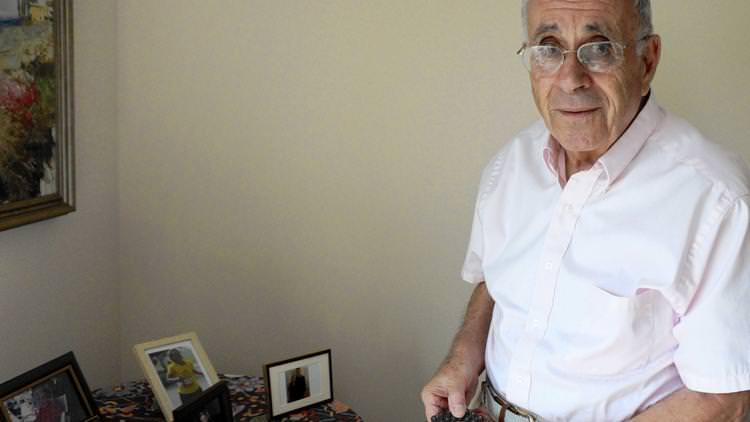 Steen Metz didn’t know he was Jewish until he and his parents were herded into cattle cars and sent to the Theresienstadt concentration camp in German-occupied Czechoslovakia.

It was Oct. 2, 1943 — the beginning of Rosh Hashanah and the middle of the Holocaust. He was eight-years-old.

Up until that point, Metz and his family had lived relatively normal lives in Denmark. The Danish government had resisted efforts to discriminate against its Jewish citizens, so they didn’t have to wear a yellow star or a badge. And it was the only occupied country to actively defy deportation efforts, Metz recalled.

“It was a tremendous support system from the Danish people,” Metz said, sitting in an armchair in his Lincolnshire condominium. “There was very little anti-Semitism in Denmark.”

But the Metz family’s situation took an unusual turn in 1943. Of the nearly 8,000 Jews in Denmark, less than 500 were seized and deported to the Theresienstadt concentration camp, according to Metz.

When they learned of the Nazis’ deportation plans, the Danish resistance had organized a nationwide effort to smuggle the Jews to neutral Sweden from Copenhagen, where most of the Jewish population lived, Metz recalled.

“Unfortunately, we lived outside of the Copenhagen area, and had not been warned,” Metz said. “We were among the five percent that were arrested.”

What followed was a mixture of unlucky and lucky situations, which Metz will chronicle in his talk at the Illinois Holocaust Museum in Skokie at 12:30 p.m. Saturday.

Among the unlucky and terrible situations he faced, Metz lost his father to starvation, his mother was emotionally abused by the camp’s Nazi officers and some of his friends were transported to extermination camps, he said.

The lucky part happened in 1945, when Metz and his mother were liberated. Although they were without a father and husband, they managed to resume life as it had been before they were imprisoned.

That last part is what makes Metz’s story so unique, said Shoshana Buchholz-Miller, vice president of education and exhibitions at the museum.

“It’s an interesting perspective,” she said. “This was not always the case for Jews in other countries post-war.”

For the past four-and-a-half years, Metz has talked to countless students and groups about his Holocaust experience through the museum’s “Speakers’ Bureau.” Most of all, he said, it’s important for people to know that the Holocaust happened because deniers still exist.

He pointed to British author David Irving, who sued American historian Deborah Lipstadt and publisher Penguin Books in 1996 for characterizing some of his writings as Holocaust denial in a book she wrote that ended up discrediting him as a historian.

Lipstadt and her publisher eventually won the suit. A movie about it, titled “Denial,” is coming out later this year.

The Holocaust can feel more tangible for anyone, especially kids, when they hear stories from a survivor, Buchholz-Miller said.

“It really makes the history come alive,” she said.

For Metz, that’s the goal.

“Holocaust survivors are getting older, and in about ten years or so, we won’t be able to talk about it anymore,” Metz said. “We want to leave a legacy.”