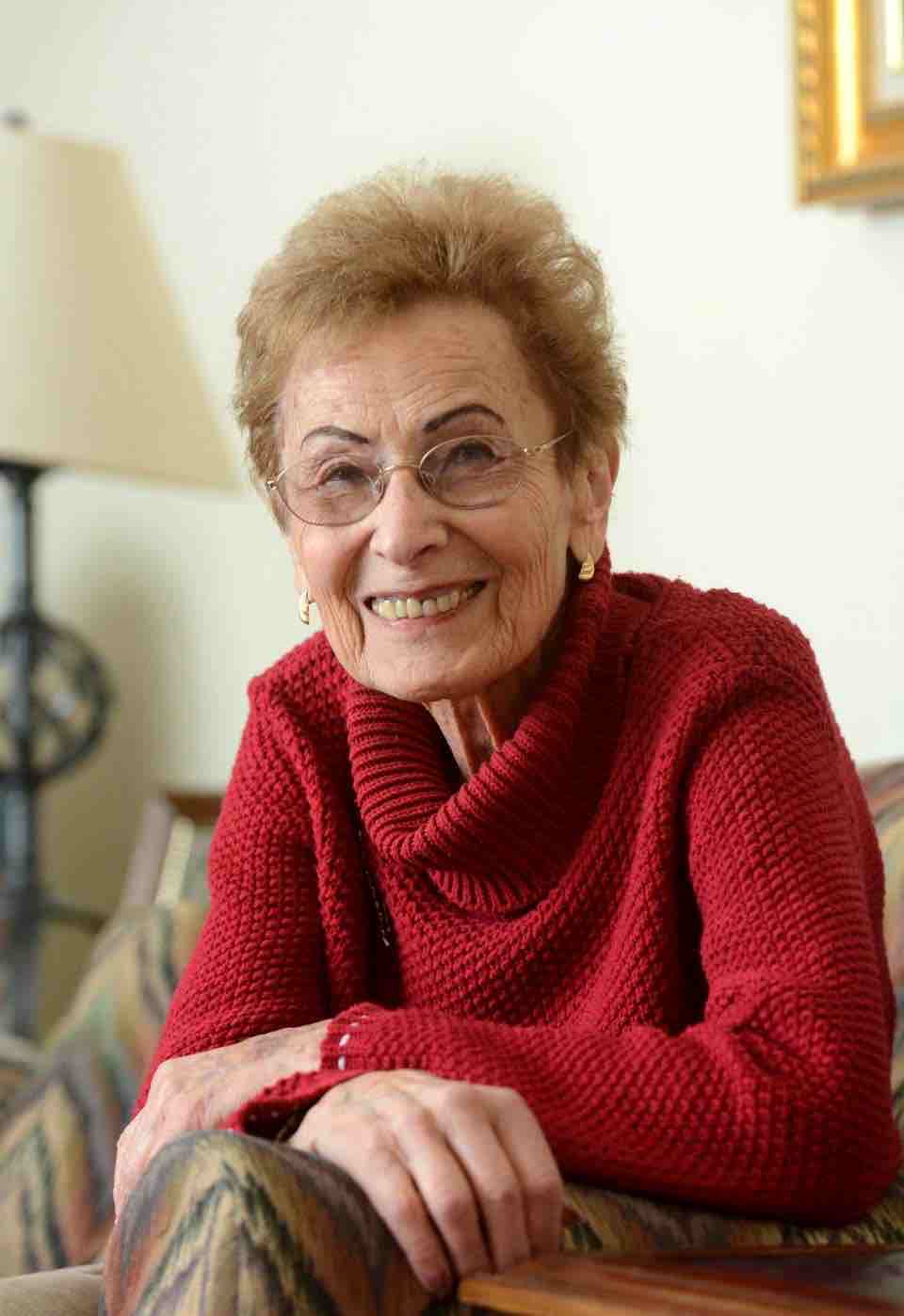 Henny Simon, 91, of Colchester, is a Holocaust survivor who has spent years talking about her experiences in Nazi Germany. She is the author of “Am I My Brother’s Keeper? The Story of a Holocaust Survivor.” Aaron Flaum/NorwichBulletin.com

Norwich Bulletin – Henny Simon believes in the power of people to build bridges of friendship. These bridges can successfully unite people from all walks of life. If they fail, the unimaginable can happen, and Simon was a witness to it.

Simon, 91, is a Holocaust survivor. She was a witness to the ultimate evil and hate in Nazi concentration camps in Latvia and Poland.

Simon, who has lived in Colchester since the late 1940s and will speak Sunday at Colchester Federated Church’s Meeting House Forum at 4 p.m., said that hate has its roots in bullying.

“It starts with bullying,” she said. “You separate a person and make them a non-persona, and that’s when somebody becomes an outsider. That’s what happened in Germany under Hitler. Little by little we were separated from everyone else.”

As a result of that separation, Simon said she went from being “a typical school girl and playing with her friends to being called ‘dirty Jew girl'” in a very short period of time. That kind of rhetoric connected to the bullying and intimidation of Jews in Germany quickly penetrated the thinking of non-Jewish Germans.

“If you say it often enough people start to believe it,” said Simon, who wrote a memoir about her experiences “Am I My Brother’s Keeper? The Story of a Holocaust Survivor.”

Bullying and intimidation tactics still worry Simon today. She finds some of the language that surrounds the current ban on immigrants and immigration from seven majority Muslim countries to the United States especially troublesome.

“It worries me a lot because I have seen too much and I have seen what it can do,” Simon said.

She finds herself turning away from the graphics and headlines on television and in the newspaper.

“I can’t even watch it – it gets me so mad, it’s scary,” Simon said. “I’m an immigrant, we all are. Of course it worries me because I don’t want something to happen again that happened to us.”

Simon said the first time she returned to Germany it was uncomfortable. She said she saw a “Nazi” in everyone she met. Then, as Simon continued to return, she began to feel differently. She and her husband “felt equal” on a return trip to Germany in 1991.

“Little by little that’s when I felt it was a different wind blowing there,” Simon recalled of that 1991 trip. “They treated us with so much love. We are building a bridge of friendship but I said it was far from done.”