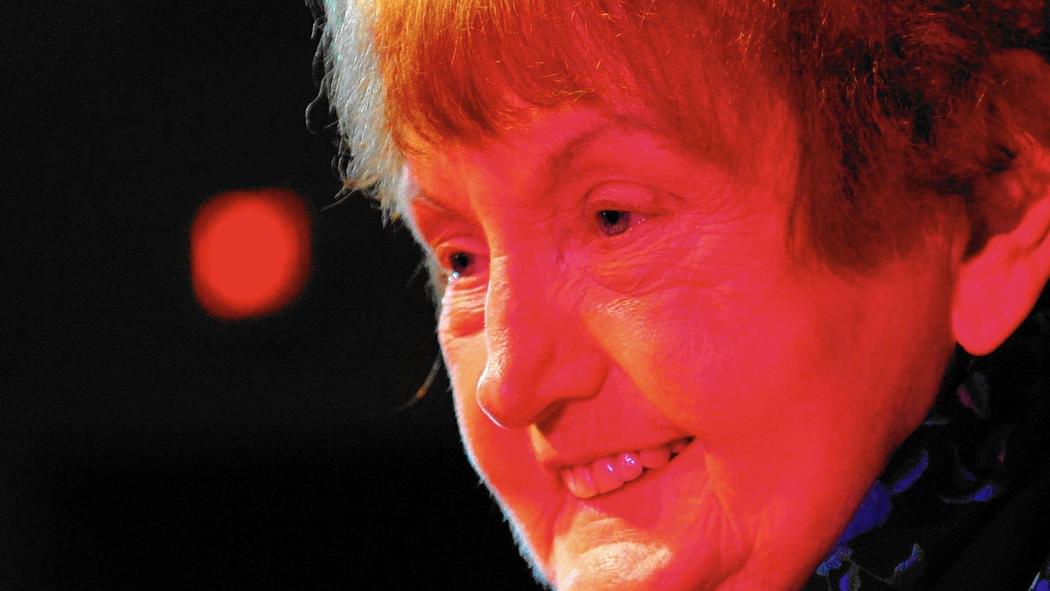 At dawn on an early spring day in 1944, a young Eva Mozes Kor and her family were freed from the overcrowded cattle car they’d been standing in for four days.

As the doors opened, the family of six who’d been the only Jews living in a German occupied town in Romania before they were ordered to board the train, was herded onto a cement platform. There, Nazi soldiers passed judgment on their fate.

“The selection platform at Auschwitz measures 85 feet long by 35 feet wide. In my opinion there is no other strip of land anywhere on the face of this earth that has witnessed so many millions of people being ripped apart from their families forever,” Kor said while speaking to an auditorium of world history students at Homewood-Flossmoor High School Friday.

Kor’s speech was part of a weekend of activities planned in the south suburbs around the message of forgiveness. Though “forgiveness weekend” was intended to be secular, it came on the eve of Yom Kippur, which falls on Oct. 12 this year.

Also called the Day of Atonement, it is considered the most important of Jewish holidays.

Though Kor’s stories bring to life one of history’s most horrific chapters, her message goes beyond ensuring that the public never forget the atrocities of the Holocaust. Kor is also an advocate of forgiveness.

In 1995, she stood at the entrance to the Auschwitz gas chamber with Dr. Hans Munch, a former concentration camp physician, and forgave not only her Nazi captors but also Dr. Josef Mengele, the infamous “Angel of Death,” under whose direction she and hundreds of other children suffered horrific experimentation.

After last week’s hourlong presentation, during which she encouraged the students to be kind, responsible and forgiving, “to be the person who reaches out to that kid no one else wants to sit with,” Von Mansfield, superintendent at HF, presented her with a red team jersey and proclaimed her an honorary HF Viking.

“I thought her speech was pretty emotional,” said sophomore Zamar Parnell. “It’s amazing that she survived the Holocaust. It’s inspiring how she forgave Hitler.”

Tramone Tate, also a sophomore, said, “I thought it was really touching to hear a first-person account of someone who actually experienced one of the worst things in history and she forgave it. It shows that our problems could be a lot worse. We complain about a lot of stuff, but she went through a lot worse.”

Kor and her sister, Miriam, were 10-year-old twins when they arrived at one of history’s most notorious concentration camps.

As her mother held them tight on the train platform, Kor’s father and two older sisters disappeared into the crowd, never to be seen again, Kor said.

“A Nazi looked at us and asked if we were twins. My mother asked if that was a good thing and he said, ‘Yes,’ so my mother said, ‘Yes.’ Then another Nazi came over and pulled my mother to the right, Miriam and I were pulled to the left,” Kor said.

“We were crying, and she was crying. I remember seeing her arms as she was pulled away. I never even got to say goodbye to her.”

It took less than 30 minutes for Kor’s world to change forever. She and Miriam became one of 1,500 sets of twins enrolled in Mengele’s human experimentation program.

“We were taken inside, told to undress, and our clothes were taken away,” she recalled. In late afternoon processing began. They were given haircuts and dresses with a red cross on the back. Then they were tattooed.

In addition to living in sparse rat- and lice-infested quarters on a near-starvation diet, the girls were routinely subjected to humiliating and often harmful studies. Their body parts were measured so Mengele could compare them to each other and to the other twins. Their blood was drawn and tested. They were injected with what Kor can only speculate were germs or viruses.

“I didn’t want to be taken to the hospital because no one came back from the hospital,” she said. Yet, she was taken there and told by Mengele that she had two weeks to live.

Kor had already made a silent pledge that she would do anything and everything within her power to ensure that she and Miriam survived.

“I even had an image in my mind of how might I look when Miriam and I would walk out of the camp alive,” she said. “I never let go of that until the day we were liberated.”

Kor survived her illness and because she lived, so did her sister, who was set to be killed at the same time Kor died, so Mengele could have side-by-side autopsies conducted, she said.

According to the Holocaust Museum, of the 3,000 individuals in the Mengele twin program, an estimated 200 survived.

“I was looking forward to seeing my home, and I always believed that somebody must have survived because I had,” she said. “The house was ransacked. No one had returned. There were three crumpled pictures on the floor. That was all that was left of my family. It was probably one of the most disappointing days of my life.”

Kor then went to live with a relative, before immigrating to Israel, where she rose to the rank of sergeant major in the Israeli Army.

Michael (Mickey Kor) was a survivor of Buchenbau concentration camp. He was freed by an American soldier who hailed from Terre Haute, Ind.

“After that he never wanted to live anywhere but Terre Haute, Ind.,” Kor said. So that is where the couple settled, raising two children.

Miriam died in 1993 after a long bout with kidney issues and then bladder cancer, conditions Kor believed were sparked by her treatment at Auschwitz. In her memory, Kor opened the CANDLES (Children of Auschwitz Nazi Deadly Lab Experiments Survivors) Holocaust Museum and Education Center in Terre Haute.

“I never wanted to forgive anyone,” Kor said.

Shortly after Miriam died, Kor said she was invited to a conference on Nazi medicine at Boston College.

“The professor said, ‘By the way, can you bring a Nazi doctor,'” she said. “I said, ‘Excuse me, but where do you think I could find one of those guys?'”

She was able to track down the phone number of Dr. Munch, who had worked at Auschwitz and known Mengele.

Munch didn’t want to come to Boston but agreed to meet Kor at his house.

“We were sitting outside on a nice sunny August afternoon,” she recalled. And I said to him, ‘Dr. Munch, you were at Auschwitz. Did you ever walk by the gas chamber, did you ever go inside the gas chamber?’ And he said, ‘Uh huh. That is my problem. That is the nightmare I live with every single day of my life.'”

He described in detail the operation of the chamber, she said, about how clean and shiny the room was, about how soldiers dropped pellets of deadly Zyklon B through vents in the roof, about how as the gas rose like dry ice, and about how people climbed on top of each other in a desperate attempt to escape their fate.

Munch told her he watched through a peep hole and after everyone was dead, he signed a single death certificate that carried no names, only the number of bodies in that particular killing session.

Kor said he spoke about it in great detail and then he agreed to write it all down.

“So I said to Dr. Munch this is very important information. I am going to Auschwitz in 1995. I want you to come with me,” she said.

He agreed to sign his statement at the entrance of the gas chamber in the company of witnesses, Kor said.

She was so moved by the realization that from that day on, the world would know the truth, and no one would be able to deny what had happened, that she wanted to thank him.

“I know it sounds crazy wanting to thank a Nazi. But I did,” she said.

Then she decided she would write her own letter of forgiveness.

Kor shared with the students some of the important lessons she’s learned in her life: “Never, ever give up on yourself. If you give up, nothing, absolutely nothing will happen. On the other hand, if you keep trying, your wonderful mind will come up with answers that will work.”

Then she told the students to, “Be the best you can be. When you are the best you, you will like yourself, your friends will admire you.”

And she reminded the students that they have the power to make a difference, by being kind to their fellow classmates, by standing up to bullies and by forgiving those who are cruel to them.

“Every single one of you has the power to forgive. It’s yours to use in any way you wish,” she said.

“People who are angry are more likely to start a war. That is true today and that was true then. Hitler himself thought of himself as a victim,” she said.

“I call anger a seed for war,” she said. “I call forgiveness a seed for peace.”