The International March of the Living is proud to be a partner for the second annual Holocaust Survivor Day on June 26, 2022.

For the inaugural HSD in 2021, we asked March of the Living alumni, friends, staff and leaders of all backgrounds, ages and ethnicities, to share a brief message, in their own language, elaborating on the impact Survivors had on them. May our beloved and cherished Survivors continue to go from strength to strength. This is what they had to say:

(Watch the video by clicking on the video player below)

In Israel we will mark this celebration with two events:

In March, 2021, Holocaust scholar Michael Berenbaum and JCC Krakow Executive Director Jonathan Ornstein published an op-ed in The Jerusalem Post calling for the creation of a “Holocaust Survivor Day.” In their words, “Holocaust survivors deserve a day of joy; a day of celebration. Not a day to share with condemnation of the Nazis, but a day to celebrate their lives they built in response to the Holocaust. Survivors represent the best in all of us, the best of the human spirit. They are our treasure and our light and we must shine that light into every dark corner of our world.”

Holocaust Survivor Day is, at its essence, a day for and about Holocaust Survivors. We want to honor them and tell their stories; celebrate their lives and thank them for all they mean to the Jewish People. 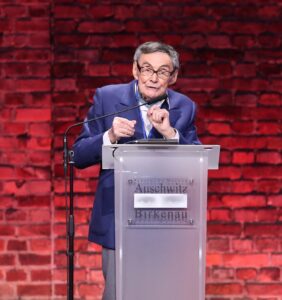 June 26th is Auschwitz survivor Marian Turski’s birthday. This date was chosen to acknowledge the importance and impact of the noted historian, journalist, and the moral conscience of Poland’s Jewish community, and especially his powerful speech at last year’s ceremony commemorating the 75th Anniversary of the Liberation of Auschwitz-Birkenau. Mr. Turski had this to say:

Join us as and celebrate the lives of the survivors from your own community and the living legacies left by those who are no longer with us. 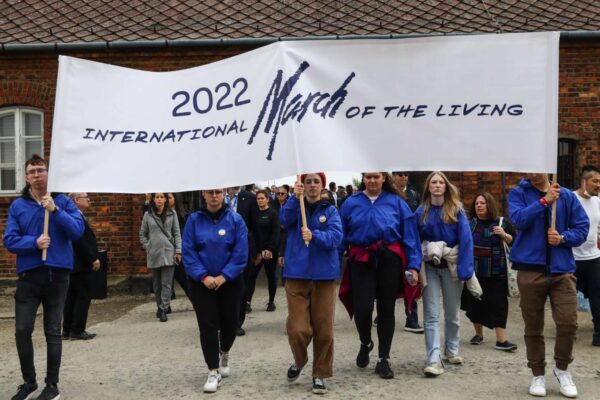